Just one final step...
You must confirm your email address by clicking on the link we’ve sent to your email address.
You are only one short step away from reading 5 free Field+ articles.
VIDEO: Saxon Warrior powers to Guineas glory for Aidan and Donnacha O'Brien

VIDEO: Saxon Warrior powers to Guineas glory for Aidan and Donnacha O'Brien
By Irish Field Contributor on 08 May 2018
The undefeated son of Deep Impact took the classic by a length and a half and is now red-hot favourite for next month's Group 1 Investec Derby; it was Aidan O'Brien's 300th group race win

Saxon Warrior shows he still has the gears for a mile as the Racing Post Trophy winner makes it Guineas No.9 for Aidan O’Brien.

SAXON Warrior gave Donnacha O'Brien a first classic success with an imperious display in the Group 1 Qipco 2000 Guineas at Newmarket.

Maintaining his unbeaten record, the Deep Impact colt had reportedly strengthened up over the winter and duly cruised to the front over a furlong out.

Taking up the running heading into the dip, the 3/1 winner never looked like being caught, scoring by a length and a half and a head as he provided the winning rider's father, Aidan, with a ninth triumph in the colts' showpiece.

Roger Teal's 50/1 chance Tip Two Win ran a stormer to finish second, with the Charlie Appleby-trained 5/2 favourite Masar in third. Elarqam ran well just out of the places in fourth, while Roaring Lion improved in leaps and bounds for his Craven run in fifth.

O'Brien said: "A huge thanks to all the owners for giving me the chance to ride him and especially to dad for the faith in putting me on him in the first place.

"It's very special. Obviously, I'm winning this race and riding in big races because of the position I'm in. I'm just very grateful. He's a very good horse, he's a proper horse.

"I wanted to follow William Buick (on Masar) and Jim Crowley (on Elarqam), but I was quite slowly away so I had to change plan. He travelled beautifully, I thought I was the winner the whole way but I probably got a bit excited at the two pole as I gave him a squeeze and got there too early, but he's a very good horse.

"He might even come on for the run, everyone could see him today, he's a monster of a horse. I thought he was a very good horse on his homework – he's very very good.

"If I had to put my neck on the line I'd say his optimum trip will be a mile and a quarter. He's not slow, but he's bred to stay."

With O'Brien senior in America supervising Mendelssohn in the Kentucky Derby, Paul Smith, son of co-owner Derrick, said: "It was really eye-catching, Donnacha couldn't speak too highly of him. He said when he quickened it was all over in a flash.

"He probably got there sooner than he wanted to, but he had so much horse under him. It's very exciting when they have that speed and look like they'll get further. All things point to June (Derby) now."

"That's 300 Group 1 wins for Aidan and Donnacha's first classic. They are an incredible family."

Michael Tabor, another of the Coolmore partners, said: "Obviously a mile is not his ideal trip, but when a horse has got speed and the class of Saxon Warrior we were always hopeful the mile would be fine, which it proved to be.

"There has to be more to come (over further), common sense would say this is not his trip, but this is always the best trial for a Derby as a rule.

"I'd rather back it than lay it, but evens is what he should be (Derby). Other horses will come out of the woodwork, I suppose, but they would have to be good to beat this one.

"Listen, it's a horse race and as we know things can happen and it's a few weeks until the Derby – you can't count your chickens – but if we arrive there then all things being equal he would have a strong favourite's chance.

"I know what Aidan thinks of this horse, so I was not overly surprised. If you had have asked me before the race, our number one was Gustav (Klimt, sixth) who had already had a run, but he was never really travelling today.

"A classy horse would win the July Cup, I'm not saying he would, but you've got to have speed and he has certainly got that."

Roger Teal was lost for words after Tip Two Win finished second at 50/1 in the Qipco 2000 Guineas behind Saxon Warrior.

While never looking likely to catch the winner, the money-spinning Dark Angel colt finished in front of some choicely-bred youngsters in the Newmarket feature.

He won two valuable races in Doha in the winter and he looked a real battle-hardened performer when swooping down the outside to beaten by just a length and a half.

"I can't put it into words. I'm pinching myself," said Teal. "I was trying to watch it out the front, but I didn't bring my binoculars so all I could see was his white breast girth.

"When he came out of the dip I thought oh my God – I'd got a chance of winning the Guineas, and then he flashed by me. I was about 50 yards from the line.

"It's amazing. We knew we had a decent animal. He was only a 50/1 shot because he was trained by me.

"It's just a proud moment for us and I'm delighted for Anne (Cowley, owner).

"We entered him for the St James's Palace Stakes (at Royal Ascot), so I guess it will be that or the Jersey. We'll just get over today and digest it and see what happens."

Charlie Appleby's Masar was sent off the 5/2 favourite but could only finish third. He now has the Investec Derby firmly in his sights.

The trainer said: "He lost nothing in defeat there. He has progressed with every run. William (Buick) was very happy that he got into a nice rhythm there. He said he just felt when they quickened up he just lacked that turn of foot.

"If you'd told me five weeks ago he'd be third in the Guineas I'd have been very pleased. He is a horse with a Derby pedigree and that's where we will head now, all being well."

Buick said: "It was a really good run, he's grown-up mentally and did everything right.

"The race developed away from us in the middle and I'd like to watch a replay before saying too much, but I felt it was a fair-run Guineas – take nothing away from the winner."

Looking to Epsom, he said: He's a horse who might get further and he's a great athlete. He's very well balanced, so I don't see Epsom causing him problems."

Mark Johnston's Elarqam lost his unbeaten record back in fourth and is another now likely to step up in trip.

"It's not a bad run, we came wanting to win so it's a little bit of a downer, but we'll take that in the Guineas," said Johnston.

"I said all along he was a little bit inexperienced. We beat the second horse last year, but he's had three or four runs since and we've only had a racecourse gallop.

"At the point in the race he needed a turn of foot, he just dwelt, which is not the mark of a true miler.

"It may be inexperience, but first impression is he needs further, so more Dante than St James's Palace next." 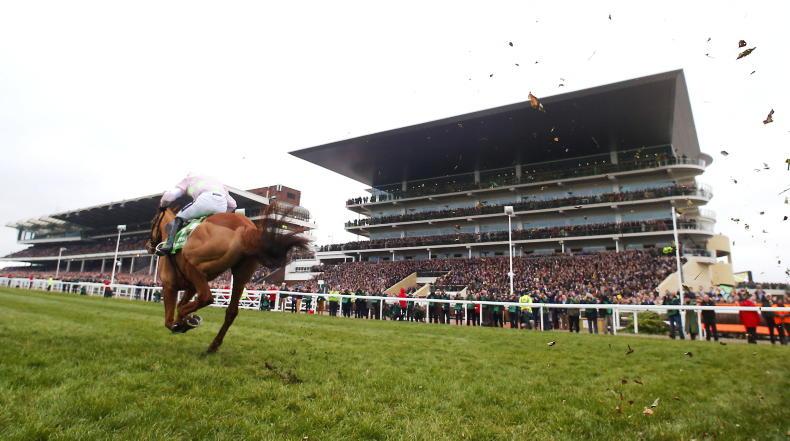 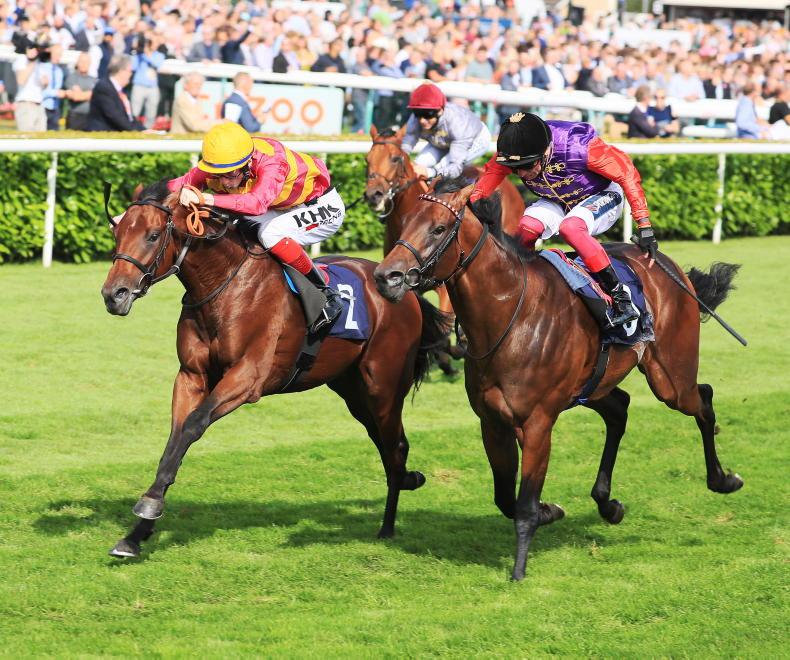 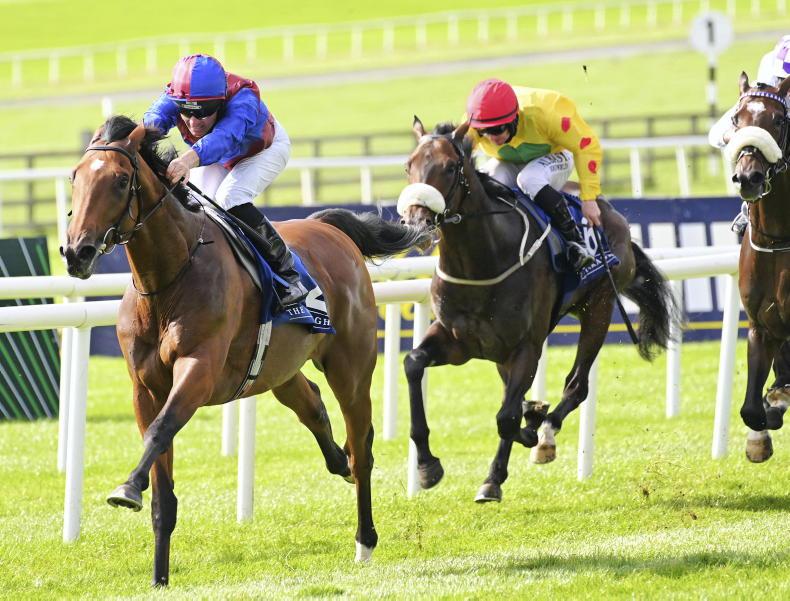 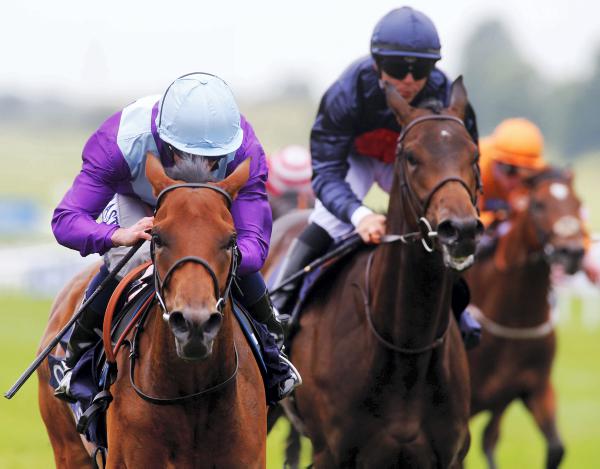 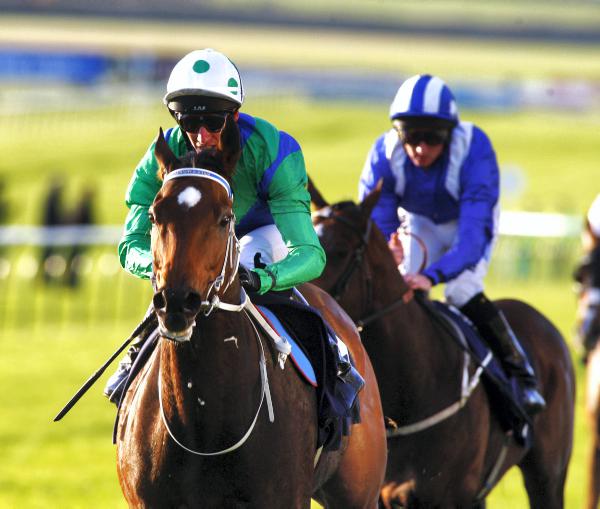 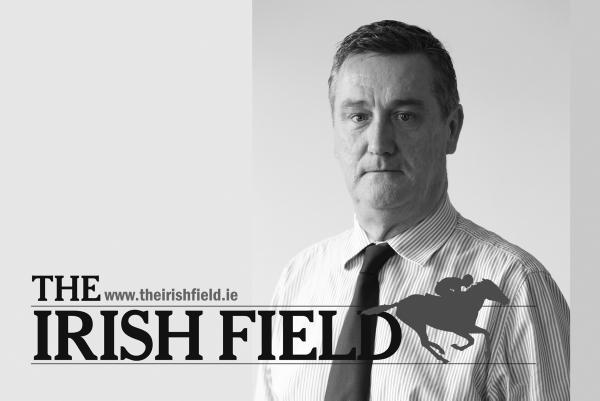 Editorial
Breeding matters but no guarantee of talent
By Leo Powell on 02 May 2014
More in Racing News
Racing Field +
New British record for Hollie Doyle
Racing Field +
NAVAN WEDNESDAY: Tosen Wish gets Kodama back to winning
Racing Field +
GOWRAN PARK MONDAY: Secret Vision finds the easy route
Classifieds
Place ad
Get full unlimited access to our content and archive.
Subscribe to The Irish Field
Unlimited access to The Irish Field via your computer, mobile device, tablet or newspaper delivered to your door.
Subscribe now +
Already a subscriber? Sign in