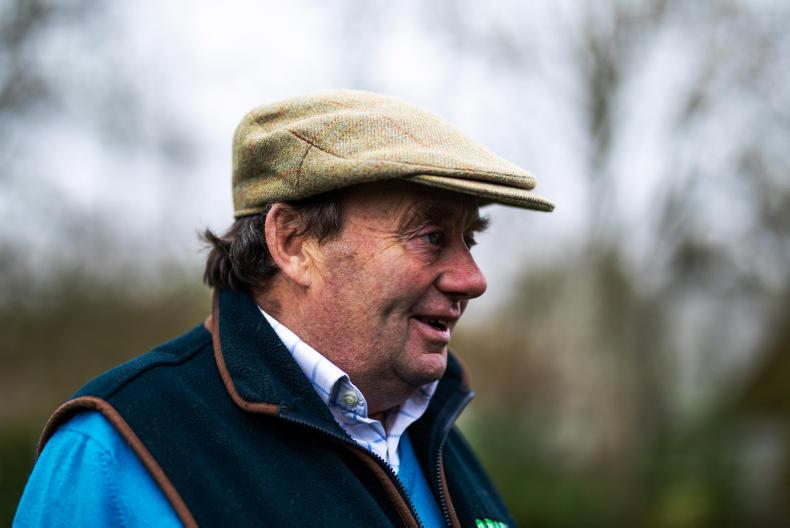 Santini survived a major scare at Sandown to keep his career on track with a hard-fought victory in the Virgin Bet Future Stars Intermediate Chase on Sunday.

What a finish!
Santini just holds off a battling Now McGinty to land a double for @NdeBoinville and @sevenbarrows . ???? pic.twitter.com/wEk87g1jIM

Twelve months after watching his Terrefort suffer an odds-on defeat in the same three-mile race, trainer Nicky Henderson breathed a sigh of relief as last season’s RSA runner-up scrambled home for his second success over fences, in a photo finish from Now McGinty.

Racing prominently throughout, the 1/3 favourite – who looked laboured at times – appeared to seal the outcome when he moved into a clear lead on the approach to the last.

But he failed to pull away as expected on the climb to the line, and Nico de Boinville had to get serious to hold off the rallying Now McGinty by a head.

Henderson said: “It was hard work. He wasn’t jumping out of the ground like he can do. He jumped 10 fences the other day, and he was electric. Out of that ground, he found it hard work. We’ve got a long way to go. You wouldn’t know he is any good at home, so he is probably a hard horse to get proper fit. He was just very rusty. He got away with it today – and we have work to do.”

While the manner of victory was not what Henderson expected, he offered praise to winning rider De Boinville for ensuring there was enough pace to aid his cause.

He added: “Nico was so clever, because he knew exactly what they were going to do. He said he (Tom O’Brien, on the runner-up) will make it – but he doesn’t do anything in front, so I will have to sit on him to try keep the pace honest. He is trying to push the leader along to get a better lead. I thought he’d got beat, to be honest. We will just have to wind the clock up a bit.”

Assessing future targets, the Seven Barrows trainer all but ruled the seven-year-old out of the Ladbrokes King George VI Chase at Kempton Park on Boxing Day.

“That’s not his track – so I think you put a line through the King George, and we will just have to see where we go. Everything is considerable, bar a two-mile hurdle race!

“He and (stable star) Altior might well meet – but they won’t meet at Kempton, even if Altior goes to Kempton. You wouldn’t want to see it as a gallop in Lambourn – because I could have breakfast between the two.”

Gold Cup-winning rider De Boinville is confident Santini will take a significant step forward on his next appearance.

He said: “It probably wasn’t easy for spectators or punters. He has made harder work of it than I imagined – he was just running in snatches all the time. Right now, this time of the season, we are just trying to gauge where are horses are.

“He is one that will definitely come on for the run, and there is plenty to work on. He has got the ability – we know that – and he will sharpen up a lot for that.”

De Boinville senses it may not be until the Cheltenham Gold Cup that Santini is seen at his best. He added: “I said earlier if we ran the race round Kempton (Kauto Star) again we might have been found out. He wants big, galloping tracks.

“The Gold Cup course on the New Course at Cheltenham will play into his hands. I thought the Old Course played against in a way. He is open to improvement, and there is more to come. It is a stepping stone into the season.” 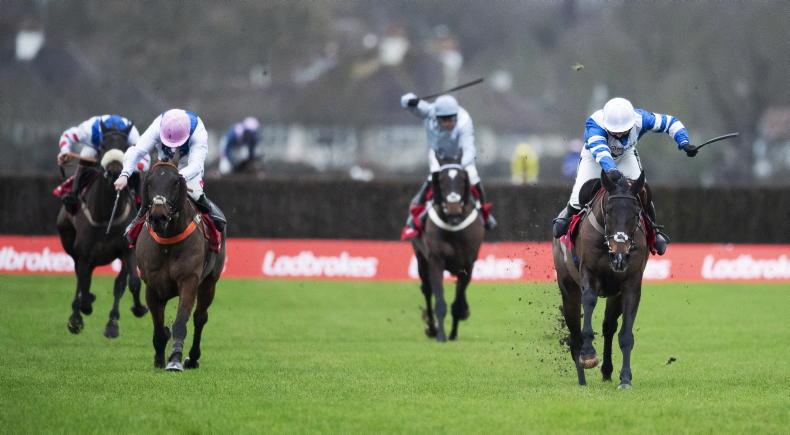 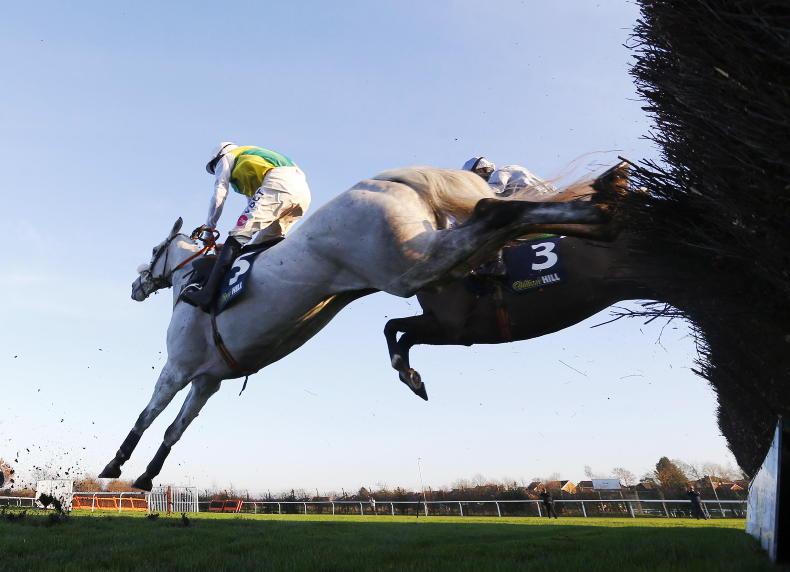