Patrick Mullins was winning the race for the third time in four years, while his father Willie was adding to Wednesday's Galway Plate success 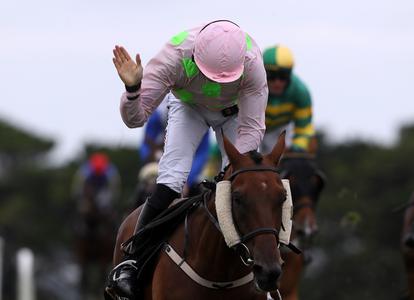 Saldier defied top-weight to give Willie Mullins a huge double by winning the Guinness Galway Hurdle on Thursday.

It was Patrick for the hat-trick as Patrick Mullins rode Saldier to victory in the Guinness Galway Hurdle Handicap @Galway_Races#RTERacing @RTE2 @RTEplayer pic.twitter.com/ajkU21Ynru

Just 24 hours on from winning the Galway Plate with Royal Rendezvous, Mullins saddled his third winner of the Galway Hurdle in just four years.

It was also a third win in the race for Patrick Mullins – an amazing achievement for an amateur jockey.

Saldier, a Grade 1 winner back in November 2019, is still only seven but his career has been blighted by a succession of injuries.

Mullins nursed him back to health to win on the flat in June and he then ran a good race at Royal Ascot to finish fifth in the Copper Horse Stakes.

Back over timber and fitted with cheekpieces for the first time, the Rich Ricci-owned gelding did not look to be travelling as well as some into the straight with Neil Mulholland’s Milkwood going as well as any and Cape Gentleman hitting the front at the last.

But Saldier really quickened up at a vital stage and got first run on Milkwood, meaning Mullins could grab the rail and the 18/1 shot went on to win by two lengths. Milkwood was second with 6/1 favourite Cape Gentleman third.

Mullins senior said: “It was fantastic for Patrick to get his third win, it’s an extraordinary achievement for an amateur.

“I’m very proud of him. I know he’s kicking himself that he’s not able to win the amateur handicap, but no one would swap one Connacht Hotel Handicap for three Galway Hurdles.

"Very proud. He thinks it all out himself. I never have to give him instruction"

“It’s a great testament to the handicapper that the top-weights can win these big handicaps.

“We tried everything with this horse and the prize-money was the only lure that we came here. We needed to have a crack at it anyway.

“I put cheekpieces on him and it probably just concentrated his mind a little bit.

“Patrick thought he was travelling well at all stages. He just got into a few traffic problems around the second-last and came out, but once he got through he was happy enough.

“He travelled and jumped well. Patrick said he was very brave throughout the race, jumping wise.”

He went on: “He just got an awful fright the day he fell in Naas as a four-year-old and I’d say it’s taken him all that time to get over it. He’s just never had the same confidence and never been the same horse.

“He’s slowly, slowly coming back and then trying to run in Grade 1 races too is probably tough on him.

“Virginie Bascop, who rides him out and led him up today, has been huge for him as she’s kept him sound all season. She deserves a lot of praise. Keeping him sound and right has been half the battle. I might go down the Flat route again with him.”

The winning rider added: “He wasn’t at his best through the winter, but I think the cheekpieces and good ground helped.

“I never thought I’d even get a ride in this, never mind win it – it was always the race you wanted to win, it’s special.”

"I never thought I'd get the ride in the race, let alone win it as an amateur at my weight"

Mullins had earlier been on the mark with Farout (3/1) in the Guinness Novice Hurdle and Fan De Blues in the Grade 3 Rockshore Novice Chase.

While he failed to repeat his Cheltenham form at Aintree or Punchestown, he was sent off at 7/2 in a strong field.

Simon Torrens shot up the inside of Paul Townend on Bleu Berry turning into the straight, but his mount idled close home and just held off Western Run by a neck.

“The gap just presented itself and I thought why not go the shorter route,” said Torrens.

“I came across to the stands rail for a bit of a running rail. Halfway up the hill he spotted the crowd and he idled plenty.

“He wore cheekpieces over hurdles and I’d say it won’t be too long before he gets them put on again.

“He’s a classy horse, he went to Cheltenham and was third in the Albert Bartlett. He’s been consistent all year and deserved to get his head in front.” 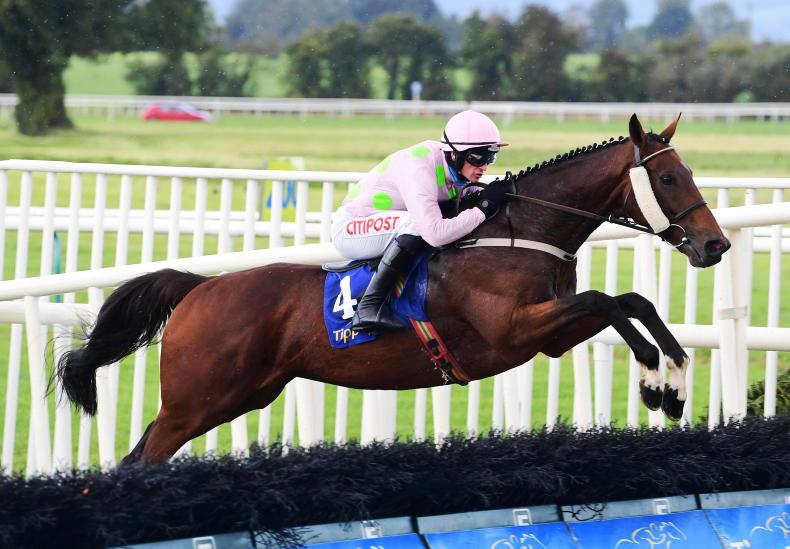 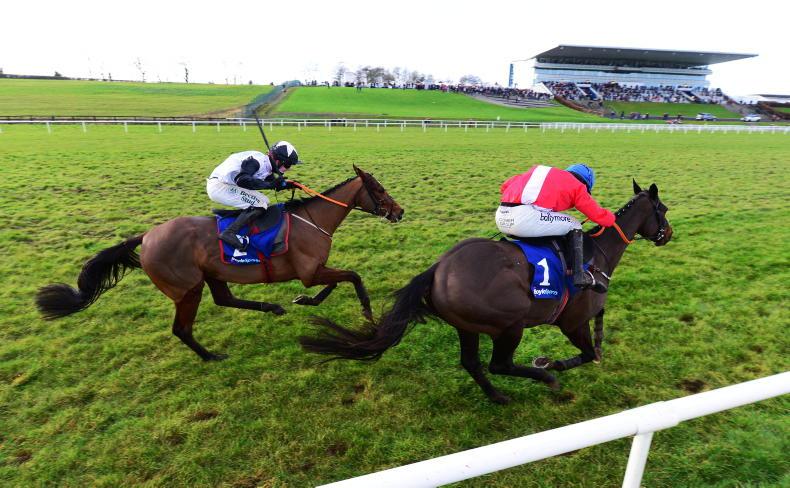 Ronan Groome
RACING CENTRAL: Litmus test for five-year-olds Red Mills Trial
Ronan Groome sifts through the action on both sides of the Irish Sea this weekend