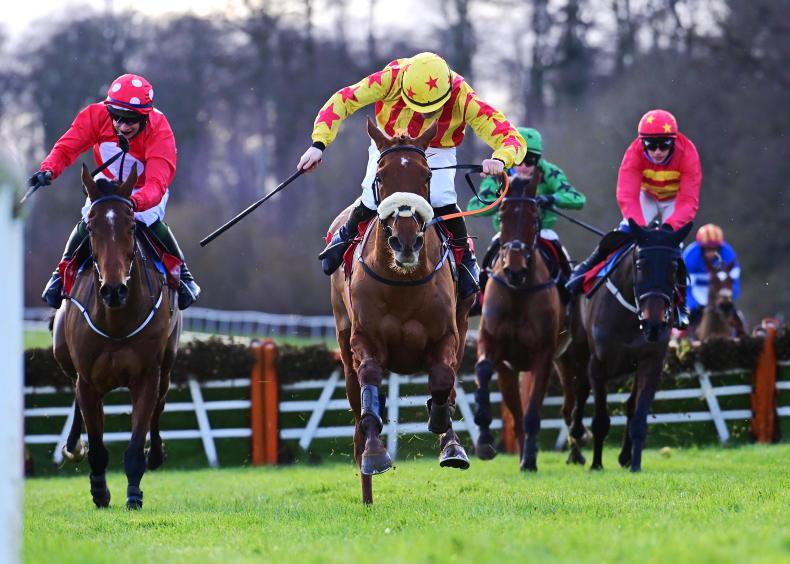 Klassical Dream failed to fire as Royal Kahala ran out a convincing winner of the John Mulhern Galmoy Hurdle at Gowran Park on Thursday.

The improving Royal Kahala quickens clear in great style to take the Grade 2 John Mulhern Galmoy Hurdle, taking the step up in trip in her stride and landing the spoils under a great ride from @kevinsexton94 for trainer @PeterRacing ?? pic.twitter.com/FXPh4SZBrw

The Willie Mullins-trained Klassical Dream was sent off the 1/3 favourite following his victory in the Christmas Hurdle at Leopardstown and all appeared to be going to plan as Paul Townend let his mount assume the lead after jumping the first flight.

He appeared to be moving nicely in front as one by one all but a handful of opponents dropped out of contention in the extended three-mile contest, leaving just four in contention turning for home.

Klassical Dream swung wide on the bend and jumping the penultimate flight the distress signals were out as Townend’s mount found little for pressure and started to drop away, leaving Home By The Lee in front.

Royal Kahala (9/2) was really starting to get going for Kevin Sexton on the outside of Klassical Dream though, making swift progress to grab the initiative approaching the last.

A rapid leap at the final flight sealed victory and Peter Fahey’s charge just had to be kept up to her work to see off 80/1 chance Home By The Lee by a length and three-quarters, with Ashdale Bob a further eight lengths back in third and Klassical Dream only fourth.

Champ is the new market leader for the Stayers’ Hurdle with most bookmakers.

Fahey said: “It was a brilliant performance. If you go back through her form, her bad run was at Cheltenham last year and she was lame after it.

"I'm blessed to have her."@PeterRacing reacts to Galmoy victory with Royal Kahala and discusses whether it's the Mares' Hurdle or Stayers' Hurdle next at Cheltenham.

Either way, the trainer believes she should be way better over fences down the line! @GowranPark1 pic.twitter.com/lAFSh6caIk

“We were always keen to step her up to the three miles as her jumping is a bit slow. When they are going that bit quicker over two and a half on quicker ground she can make the odd mistake.

“That gives us options. I’m not saying after that she’s definitely going to go for the Stayers’, we’ll see closer to it.

“If the ground was very soft in Cheltenham on the first day she could go for the Mares’ Hurdle. Hopefully she comes out of this race well and fingers crossed we’ll rock on to Cheltenham.”

He added: “I expected her to run a huge race today. She was working well at home and is a filly we always thought a lot of.

“Cheltenham will be ground dependent. I wouldn’t run her on good ground over there. She’d want a bit of soft in it.”

Sexton told RTÉ: “She’s just so tough. I never had any doubt she’s stay three miles and she stayed every bit of it.

“I got there at the second-last as I wanted to take Paul off the bridle. If anything I probably should have held on to her a bit longer, it probably wouldn’t have been as hard work.

“She’s idling down the straight and she jumped right at the last, I’d say she still had a bit left.

“When I jumped the third-last and I gave her a squeeze, and when I saw him (Townend) dip his lad coming down the hill in front of me I thought then I had every chance of beating him.

“I thought it was all about who would find more off the bridle from there and I knew she’d find plenty.

“She travelled and she jumped, she’s so clever. Peter always tells me to leave her alone, but she has so much scope it’s hard to do it. You be afraid you’d put her on the ground because she’s clever enough to do it herself.

“It’s great for the yard and the syndicate and I’m just privileged and very lucky to be in the position I’m in. I thankful to everyone who keeps putting me up.” 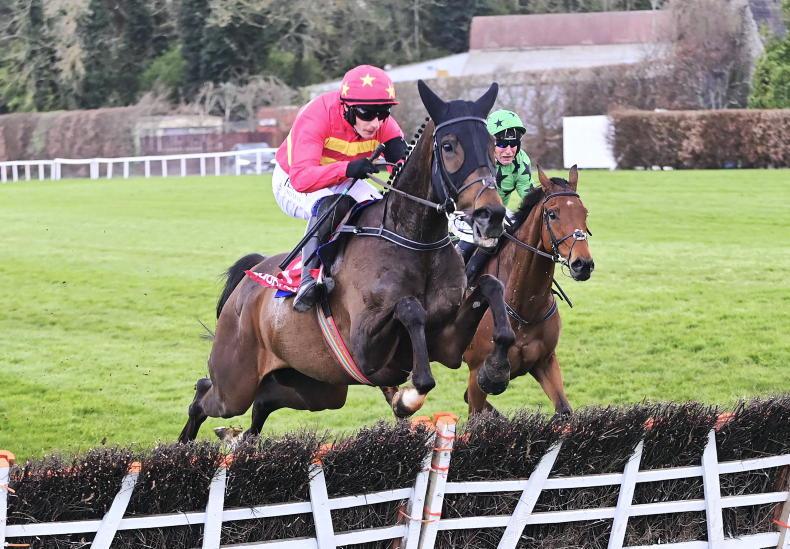 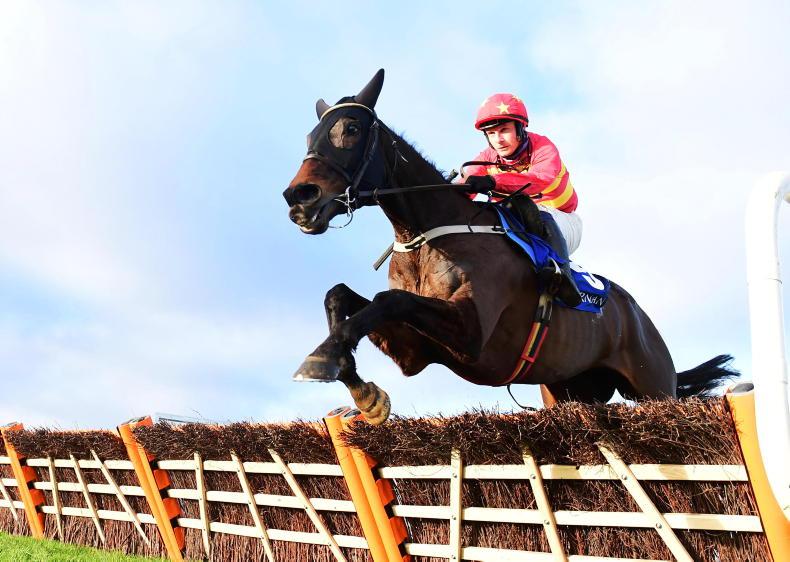 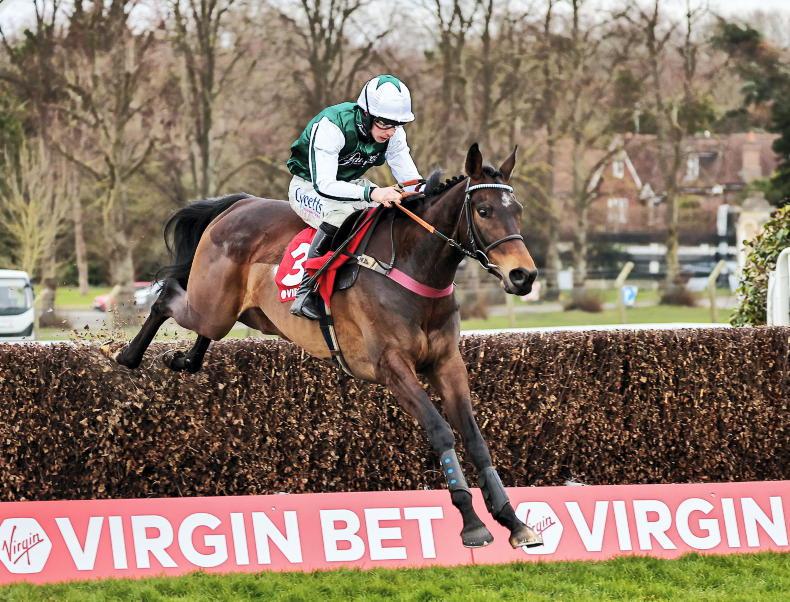 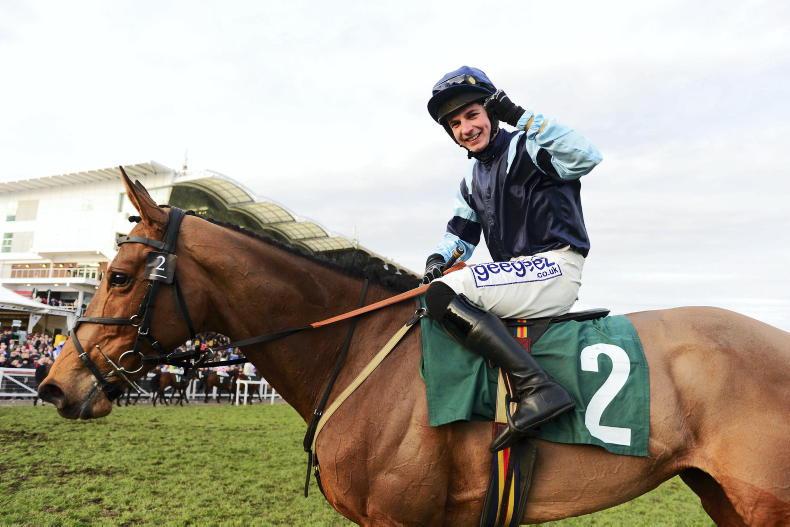