Just one final step...
You must confirm your email address by clicking on the link we’ve sent to your email address.
You are only one short step away from reading 5 free Field+ articles.
VIDEO: Roscommon winner 'might be an Australia horse'

VIDEO: Roscommon winner 'might be an Australia horse'
By Irish Field Contributor on 07 July 2020
Could Pondus emulate Rekindling and win a Melbourne Cup for Joseph O'Brien and Lloyd Williams?

Pondus recorded his first victory since joining Joseph O’Brien with a determined display in the Lenebane Stakes at Roscommon on Tuesday.

The son of Sea The Moon was formerly trained in Britain by James Fanshawe, for whom he won two races last season before going on to be placed at listed and Group 3 level.

He was gelded and then moved yards after finishing last of nine runners in the Champion Stakes at Ascot last October, and the four-year-old made a promising start for his new connections when runner-up in the Listed Martin Molony Stakes at Limerick three weeks ago.

Pondus was the 6/4 favourite to go one better in this mile-and-a-half listed contest – and while it was hard work for all involved in the rain-softened ground, the market leader knuckled down admirably under Wayne Lordan to get the better of Camphor by just over two lengths.

O’Brien’s assistant, Brendan Powell, said: “It was nice to get his head in front. Wayne said he coped with the ground, but wouldn’t say he was in love with it.

“They didn’t go any sort of gallop – and Wayne thinks, in a better race with a stronger gallop, he’ll be a better horse. At two (furlongs) out you wouldn’t have given him a lot of a chance, but he stays well and toughed it out.

“At least we know he’s tough and he’s coped with every sort of ground. On today, you would say he could get further, and he might be an Australia horse for Mr (Lloyd) Williams (owner). We’ll see what Joseph says.”

O’Brien was completing a quick double on the card after landing the preceding Property Partners Earley Apprentice Handicap with 5/2 favourite Isotope, ridden by Mikey Sheehy.

Jessica Harrington also continued her excellent season with a couple of winners – landing the Irish Stallion Farms EBF Fillies Maiden with No Speak Alexander (13/2) and the Athlone Handicap with Yulong Pearlisland (100/30), both ridden by Shane Foley. 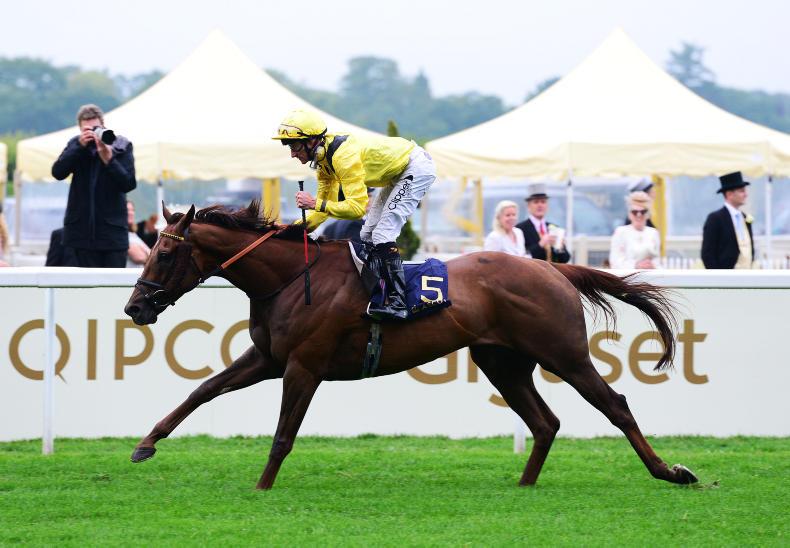