Just one final step...
You must confirm your email address by clicking on the link we’ve sent to your email address.
You are only one short step away from reading 5 free Field+ articles.
VIDEO: Rashaan notches Grade 3 triumph over fences at Galway

VIDEO: Rashaan notches Grade 3 triumph over fences at Galway
By Irish Field Contributor on 02 August 2018
It was a first win over fences for the versatile Colin Kidd-trained gelding; Dermot Weld won the listed fillies' race with Yulong Gold Fairy

Colin Kidd's versatile performer has now won seven times over hurdles, four times on the flat (including once on the all-weather) and was opening his account over fences at the third attempt.

There's not much of him but what a will to win - the admirable Rashaan sticks his neck out to land the Grade 3 @OpenGateBrewery Novice Chase under @_Davy_Russel_ for trainer Colin Kidd at @Galway_Races: pic.twitter.com/nUxXFnlsWm

Sent off at 6/1, Russell was hard at work from some way out as Henry de Bromhead's Ornua set a bold sight out in front in the two-and-a-quarter-mile contest.

Ruby Walsh cruised into contention on the favourite Cadmium, but his run flattened out after the last, while Willie Mullins' other runner, Robin Des Foret, also looked a big threat before fading.

Ornua and Dylan Robinson appeared to have done enough in fending everything off, before Russell and his willing pint-sized mount put in one last big effort, which helped them prevail by half a length.

"I told him not to be in front too long, but he had my heart in my mouth. It was unbelievable (the ride) and it was a great round of jumping from the horse as well," said Kidd.

"Davy just got on so well with him and he's a horse that never knows when to give in. That's 12 wins now and that's his first over fences.

"To have a horse like him in my yard is something you couldn't dream of and only for him I don't know where I'd be. We have him anyway and that's the main thing.

"It's very special – this is the third year in a row he's run here, but it's the first time all of the owners have actually been here.

"He's in at Cork on Monday over hurdles, but we'll probably give that a skip now. Twelve months is a long time, but the Plate next year is a possibility."

Fifth in the Irish 1,000 Guineas, she was the highest-rated filly in the race but had to work hard to see off Pantsarr and Ship Of Dreams.

"She had the form in the book, a good run in the Guineas, and she handles this ground well," said winning rider Shane Foley. "I had a good draw, followed two fancied ones, and I was able to slip down the hill to follow Kevin (Manning on Pantsarr) which was ideal.

"It's heavy for us flat lads now, it's loose but heavy, and you could see us there that we were finishing tired enough. She's a good genuine filly.

"That's my first winner for Dermot Weld. I'm retained now by Mr Zhang (owner) and it's a good job to get in my first year as a freelance. It's nice to ride some big winners and especially to ride one for Mr Weld around Galway is very good."

A 1-2-3 for Willie Mullins as Calie Du Mesnil remains unbeaten for the yard in the Guiness Novice Hurdle under @davym15 at @Galway_Races: pic.twitter.com/QYGvYdmAFH

Mullins and Walsh had earlier won the opening Guinness Beginners Chase but the 6/4 success of Minella Beau, although the victory did not look likely for most of the race.

"They went a really good gallop and I was struggling for the first circuit. I was only happy when I got back to the stands," said Walsh. "He jumped really well for a first-timer and found plenty off the bend to the line.

"He won a maiden hurdle here last year, so it's horses for courses. It was a good performance.

"He got quite revved last year after running in bumpers and was quite keen here in a maiden hurdle, which was a surprise to us because he's not a quick horse. He's much more relaxed now."

Not too many Flat handicaps over a mile are won like this - Honor Oak runs her rivals ragged in the Rockshore Handicap at @Galway_Races under Billy Lee for Tom Hogan: pic.twitter.com/BIh3PdFE1S

Honour Oak (11/2) was second two days ago and went one better when bolting up in the Rockshore Handicap for Tom Hogan and Billy Lee.

"She had some great form – including when finishing in front of David Marnane's Hunt Cup winner (Settle For Bay). She was second in a premier handicap up the Curragh as well," said Hogan.

"In truth her form is way better on turf, but she just hasn't been winning. Having said that, we were worried about the ground today.

"The material I have to work with these days is a bit skimpy, so I'm just delighted to have a good mare like this to come here with." 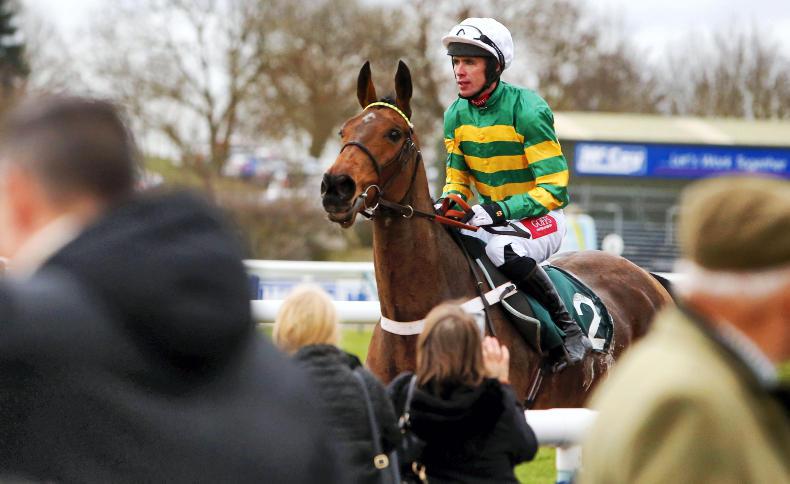 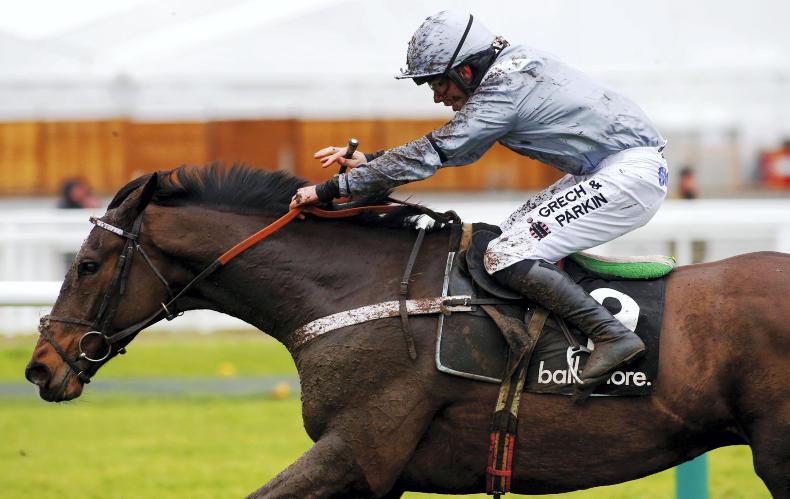 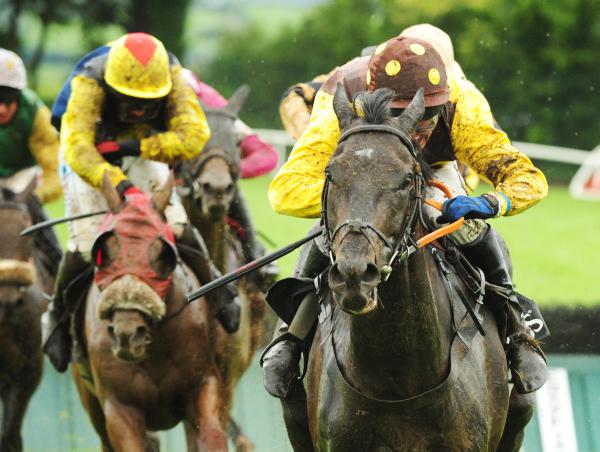 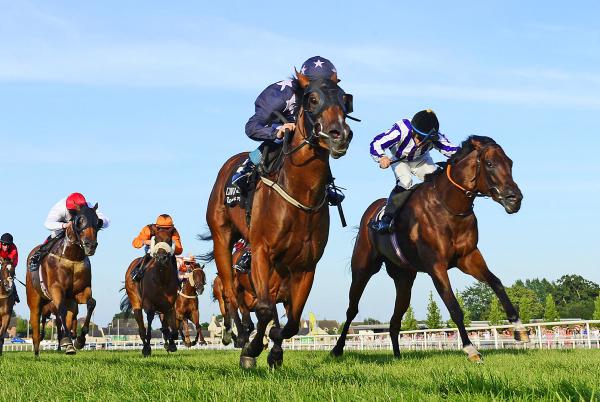