Just one final step...
You must confirm your email address by clicking on the link we’ve sent to your email address.
You are only one short step away from reading 5 free Field+ articles.
VIDEO: Paisley Park pounces late to grab Stayers' Hurdle spoils

PAISLEY Park grabbed the honours in a dramatic finish to the Grade 3 Betfair Exchange Stayers’ Handicap Hurdle at Haydock.

Trained by Emma Lavelle, he was sent off a 4/1 shot in the hands of Aidan Coleman, who was content to bide his time as Captain Cattistock and Shades Of Midnight set a decent gallop through the early stages.

That pair were still in control turning for home in the extended three-mile heat, but First Assignment emerged as the likely winner as he jumped to the lead at the last.

As Captain Cattistock crashed out at the final obstacle, Shades Of Midnight kept finding for pressure, eventually inching back in front in the shadow of the post.

However, Coleman had been stoking up Paisley Park on the run to the line and he eventually swooped in the final strides, claiming a narrow half-length verdict over the gallant runner-up.

Paisley Park looked down and out at the last...but finishes with a wet sail to take the Grade 3 handicap hurdle.

Lavelle said: “That was very exciting, although I would have preferred him to win without that last-gasp bit at the end!

“He’s a progressive horse and that was some performance out there today with 11st 12lb on his back.

“That probably rules out handicaps and the owner’s plan has been to go for the Long Walk at Ascot, so that’s probably where he’ll go next.

“I wasn’t sure if he’d won or not and I’m sorry for the person who is now deaf that I was stood next to!”

Trained by Ditcheat-based Nicholls, the four-year-old was the 5/4 favourite to follow up his victory at Wincanton a fortnight ago in the hands of Harry Cobden.

His main market rival Cause Toujours made much of the running and looked set to prevail after jumping the final flight in a clear lead.

But the further Grand Sancy went, the better he looked and he wore down Cause Toujours late on to score by two lengths.

Nicholls said: “He’s not the easiest horse in the world to ride as he’s very keen. He’s not the kind of horse you could follow the pace on as he’d do too much, so Harry had to take his time on him and has given him a good ride.

“What he does do is stay on strong and if he learned to relax, he’d be even better as he does have an abundance of stamina.

“He could go for the Kennel Gate at Ascot next month, but we’ll also look at handicaps as he’ll be a better horse when they go quick.

“He’s not going to win a Supreme Novices’ Hurdle, but he’s a fun horse who should win plenty and he’ll make a nice chaser in a year’s time.” 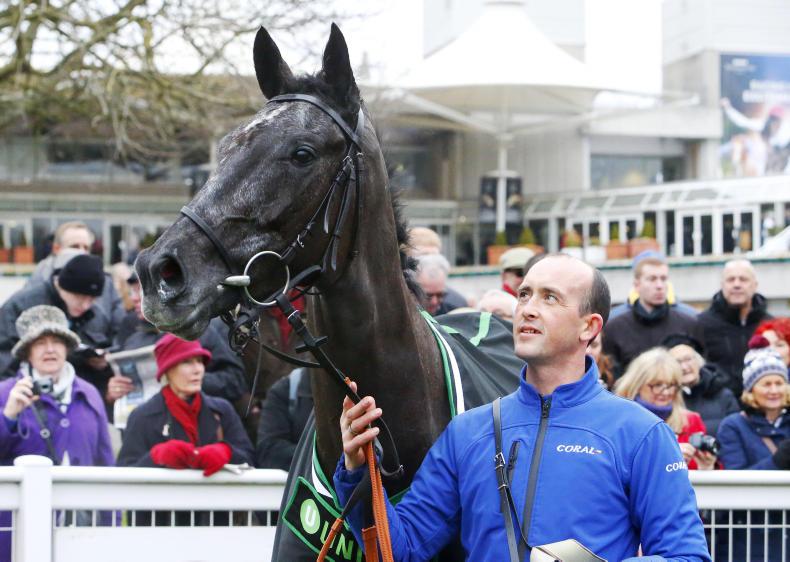