Just one final step...
You must confirm your email address by clicking on the link we’ve sent to your email address.
You are only one short step away from reading 5 free Field+ articles.
VIDEO: Mishriff makes most of Newmarket opportunity

VIDEO: Mishriff makes most of Newmarket opportunity
By Irish Field Contributor on 06 June 2020
Royal Ascot may be next on the cards for the first-crop son of Make Believe after his impressive listed-race success

Waldkonig had been a buzz horse for John Gosden through the winter after powering to a nine-length win on his debut at Wolverhampton in December and he was sent off the 8/11 favourite under Frankie Dettori.

The market leader settled off the pace set by Cherokee Trail, but David Egan always had Mishriff, who was last seen finishing second in the Saudi Derby in February, to the fore.

He travelled well throughout, with an eyecatching low head carriage, before making his bid with a couple of furlongs to run.

Dettori was meanwhile getting to work on Waldkonig and the colt did pick up, but then drifted across the track as Mishriff (10/1) made the best of his way home to prevail by four lengths.

Volkan Star was also in the front rank throughout and he rallied on the line to grab second, with Waldkonig beaten a neck in third.

Mishriff (Make Believe) has decent form and, last seen in the Saudi Derby, gallops on strongly to land the Betfair Newmarket Stakes for John Gosden and David Egan @NewmarketRace

Gosden said: “It is rather what I expected really. Mishriff had a run in Saudi Arabia and was a fitter horse. He enjoyed the ground and the trip, the track is perfect and he has been training well at home.

"We will have a look at the Hampton Court at Ascot with him if he is in good order after the race.”

The Newmarket handler said of Waldkonig: “He is green and is learning about the game. He has never been raced on turf in his life. He got a little bit muddled running down into the dip.

"He has just got unbalanced and needed the race up the hill. He has run absolutely fine and has run as I thought he probably would. The race will bring him on a great deal.

“I wouldn’t think he will want to go further than a mile and a quarter. He will come on mentally and physically for the race – the other guy was more the finished article. Absolutely (rules him out of Epsom). I said a mile and a quarter is his maximum right now.

“He might be in the betting (for the Derby), but he had only run once at Wolverhampton and he wasn’t in my betting. He wasn’t even entered in the original race.

“Cherokee Trail ran a really good race. Ryan (Moore) was happy with him and he said go back to a mile so we will probably run him in the Britannia.” 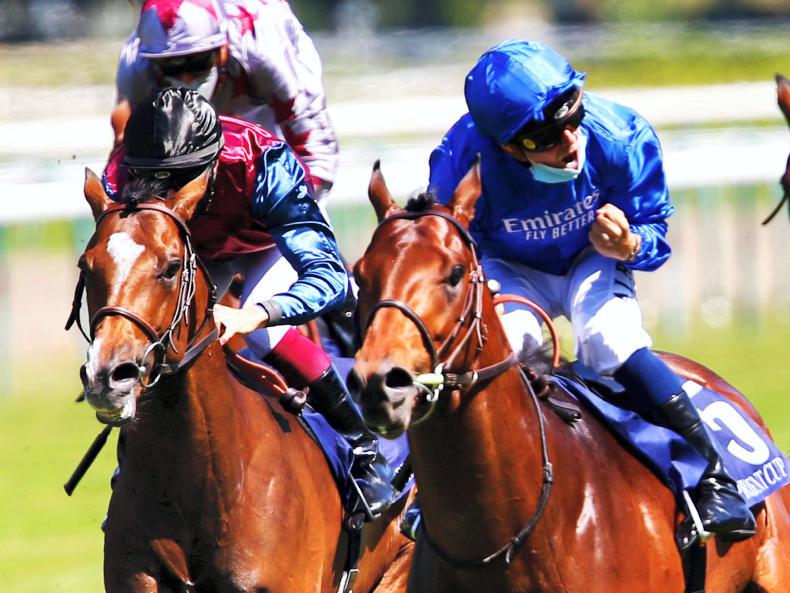