Just one final step...
You must confirm your email address by clicking on the link we’ve sent to your email address.
You are only one short step away from reading 5 free Field+ articles.
VIDEO: Meyler steers Farmix to victory in Clonmel opener

VIDEO: Meyler steers Farmix to victory in Clonmel opener
By Irish Field Contributor on 24 March 2020
Farmix made it third time lucky when capturing the opening race at Thurles for Liz Doyle and Donagh Meyler

Farmix made it third time lucky over hurdles with a dominant display in the opening race at Clonmel.

Fourth on his racecourse debut in a Punchestown bumper last December, Liz Doyle’s charge had since filled the runner-up spot twice in succession at Clonmel since the turn of the year.

Ridden by Donagh Meyler, the five-year-old was the 6/4 favourite for the Money Back On The BoyleSports App Maiden Hurdle and led his rivals a merry dance from the front before pulling clear from the final obstacle to score by 20 lengths.

Doyle was not present, but said from home: “He did it well and I’d say the slightly better ground has brought about a good bit of improvement.

“The twice he ran there before the ground was very deep and while he coped with it, I think the drier ground has helped him excel and it was never really in doubt.

“He’s a huge horse at over 17 hands and whatever he does over hurdles, I think he’ll be a 20lb better horse over fences.

“We’ll keep going with him for the time being before hopefully going chasing with him next season.”

The father-son combination of Philip and Luke Dempsey landed the Play Lotto On The BoyleSports App Maiden Hurdle with 7-1 shot Cosa Ben.

A faller two flights from home when still in contention at Gowran Park earlier in the month, the French-bred mare bounce back with a 17-length verdict over Daring Disciple.

Good performance - Farmix jumps really nicely and makes every yard to land our opener by 20 lengths for Donagh Meyler and Liz Doyle at @ClonmelR pic.twitter.com/I0KX5MmvnL

“I don’t know how unlucky she was in Gowran, but she was going to run a big race,” said trainer Philip Dempsey.

“I’d say this wasn’t a great race, but she’s done it well. She’s not over big, but she’s game and she jumps well.” 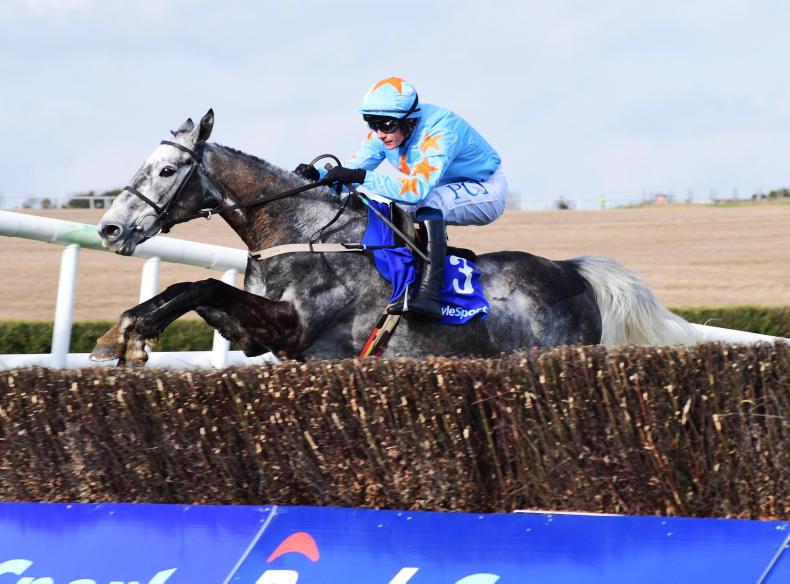