Just one final step...
You must confirm your email address by clicking on the link we’ve sent to your email address.
You are only one short step away from reading 5 free Field+ articles.
VIDEO: Maxfield puts down Kentucky Derby marker for Godolphin

VIDEO: Maxfield puts down Kentucky Derby marker for Godolphin
By Irish Field Contributor on 24 May 2020
The son of Street Sense earned 50 points towards qualification for the rescheduled classic; Grade 1 star Sharing advertised the Breeders' Cup form of Daahyeh and Albigna

MAXFIELD made waves in the Kentucky Derby market on Saturday with a triumphant return to action at Churchill Downs.

The Godolphin-owned colt looked a horse of serious potential in his two juvenile starts, but had been off the track since the last of those, at Keeneland in October.

The delay to September 5th for this year’s ‘Run for the Roses’ has undoubtedly worked to his advantage and Brendan Walsh’s charge earned 50 points towards qualification in landing the $150,000 Grade 3 Matt Winn Stakes.

He did it in eyecatching style, too, knuckling down and coming home strongly under Jose Ortiz, beating Ny Traffic and Pneumatic by a length and a length and three-quarters.

#10 Maxfield flies home under @jose93_ortiz in the @godolphin blue to take the Matt Winn (G3) at @ChurchillDowns. pic.twitter.com/h6amid4fzI

Godolphin USA President Jimmy Bell told www.godolphin.com: “It was nice to see that Maxfield was able to maintain the same level of professionalism and consistency that he showed as a two-year-old.

“Maxfield had been off since October, but I think that Brendan was quietly very confident that the horse was going to give a good account of himself. He felt that Maxfield was spot on in terms of fitness, while his mental attitude has always set him apart from day one.

“It’s great to see him back at the races and deliver a performance like that.

“When Jose got him to the outside and set Maxfield on his way in the straight, you could see he was moving best of all.

“We were able to confirm what we hoped we had, and now we can sit down and think about plans going forward.”

Maxfield is now as short as 6/1 for the Kentucky Derby, for which he has 60 qualifying points overall, and County Cork native Walsh said on www.churchilldowns.com: “We were really anxious to see this one.

“It wasn’t an easy spot either. I think the top four horses are all really nice horses. It’s nice to get this one out of the way. It’s good to see him come back and see he’s as good if not better than when he was a two-year-old.”

Elsewhere on the Churchill Downs card, there was a boost for the classic hopes of Daahyeh and Albigna as Sharing took the Tepin Stakes.

Graham Motion’s runner had Roger Varian’s Daahyeh immediately behind her in the Grade 1 Breeders’ Cup Juvenile Fillies Turf at Santa Anita in November, a race in which the Jessica Harrington-trained Albigna was fourth. 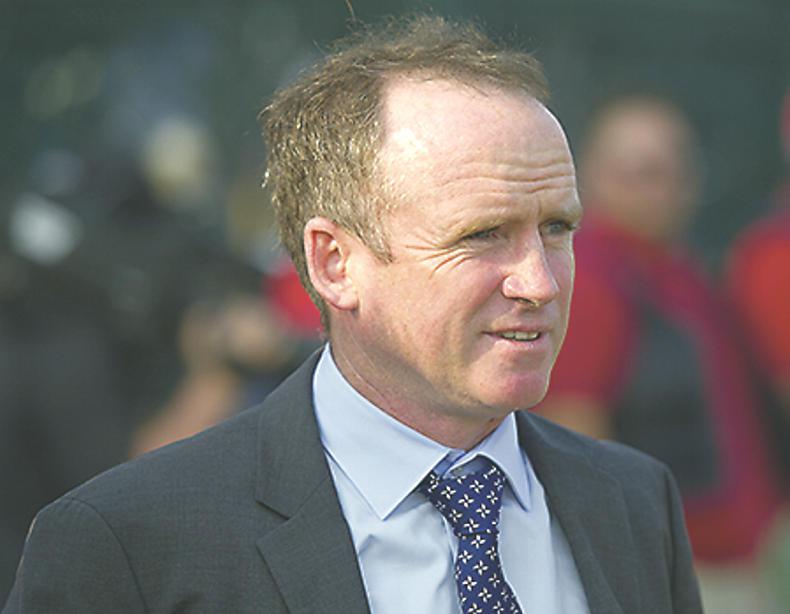