Just one final step...
You must confirm your email address by clicking on the link we’ve sent to your email address.
You are only one short step away from reading 5 free Field+ articles.
VIDEO: M.V. Magnier spends $2.4 million on War Front colt

A colt by War Front from the family of classic winner Rags To Riches became the most expensive thoroughbred yearling to sell anywhere in the world to date this year when he was bought for $2.4 million by Coolmore’s M.V. Magnier at the Keeneland Sales on Tuesday.

The colt is likely to be trained by Aidan O'Brien next year. as will a filly by American Pharoah whom Magnier bought for $1.2 million.

“We’ve been (very lucky with the family in the past),” Magnier said of the War Front colt. “He’s a lovely horse and he has all the right credentials as well for a great racehorse. We’re going to bring him back to Ireland and hopefully he’ll end up being a good one.

A War Front filly who is a half-sister to Nyquist and was bred and consigned by Hinkle Farms sold for $1.75 million to Sheikh Mohammed’s Godolphin. Trainer John Gosden, who signed the ticket, said the filly most likely will go to Europe.

“(Her price) was very strong,” Gosden said, “but when you’re buying a filly of that absolute quality from a fine breeder, by a great stallion, a half-sister to a Kentucky Derby winner, that’s exactly what you expect to pay to raise her to be a broodmare.”

These yearlings were among the eight yearlings Keeneland sold Tuesday for $1 million or more, increasing the total number of seven-figure horses from the first two days of the September Sale to 13.

Godolphin was the session’s leading buyer, spending $5.67 million for six yearlings. Other purchases included a colt by Curlin out of stakes winner Stoweshoe for $1.3 million. From the family of Grade 1 winner Taris, he was consigned by Eaton Sales, agent.

Secret Agent, a colt by Uncle Mo, sold for $1.4 million to Mike Ryan, agent. Out of the Street Cry mare Secret, he was consigned by Bridie Harrison, agent for Peter E. Blum Thoroughbreds.

“It blew me away when I saw him because he reminded me of Nyquist,” Ryan said. “We bought Nyquist as a yearling here for a whole lot less ($230,000), but this horse was very, very special. I thought (he) might have been the best yearling I saw this year. I bought him for a partnership and haven’t figured out who is going to train him yet, but he’ll go to a top trainer.

“We think he’s a top prospect, a classic horse out of a Street Cry mare, and we’re dreaming Derby.”

Van-Meter Gentry Sales, agent, consigned two of the day’s seven-figure yearlings, led by an Empire Maker colt sold to Phoenix Thoroughbreds for $1.35 million. Out of the Carson City mare Seeinsbelieven, the colt is a half-brother to Grade 2 winner Conquest Big E and stakes winner Aquapazza.

Magnier paid $1.2 million for a filly by American Pharoah out of the Beau Genius mare Pretty ‘n Smart who is a half-sister to Grade 1 winner Cupid, Grade 3 winners Heart Ashley and Ashley’s Kitty, and stakes winner Indianapolis. Magnier said the American Pharoah filly will be sent to trainer Aidan O’Brien.

A colt by War Front consigned by Dromoland Farm, agent, sold to Sheikh Hamdan Al Maktoum’s Shadwell Estate Company Ltd. for $1.2 million. The colt is out of the Lookin At Lucky mare Pin Up.

Albaugh Family and Spendthrift teamed to pay $1 million for a Pioneerof the Nile colt out of Grade 2-winning Pomeroy mare Pomeroy’s Pistol. He was consigned by Brookdale Sales, agent for Hardacre Farm.

FULL KEENELAND SALES COVERAGE IN THE IRISH FIELD NEXT WEEKEND 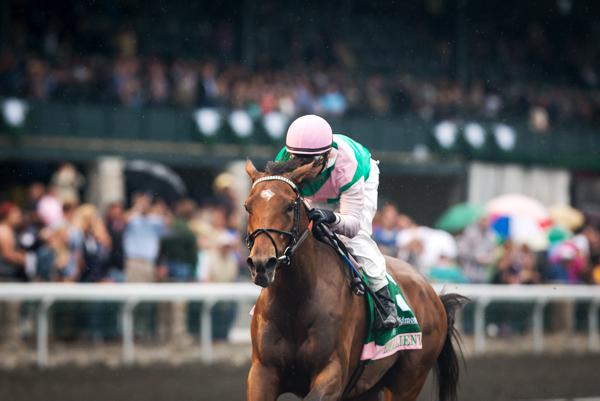 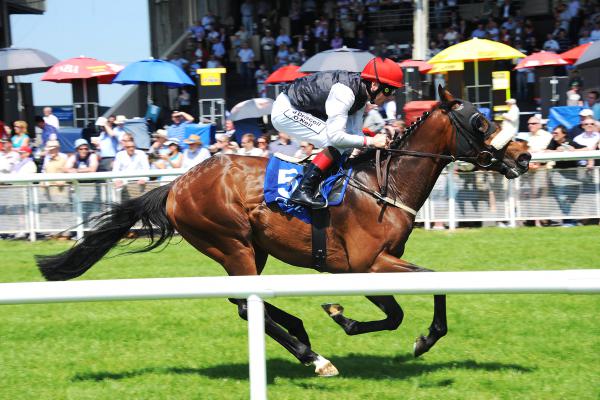 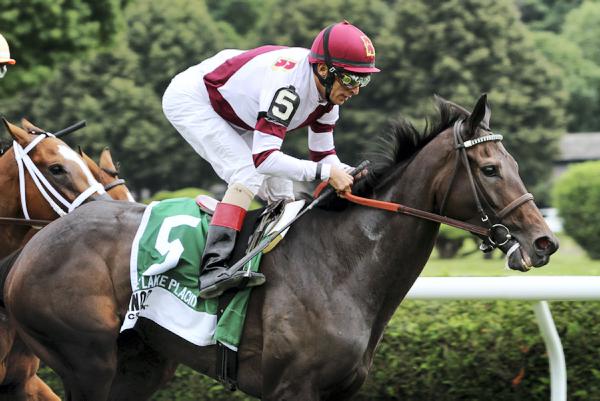