Just one final step...
You must confirm your email address by clicking on the link we’ve sent to your email address.
You are only one short step away from reading 5 free Field+ articles.
VIDEO: Lancaster House wins at Listowel

VIDEO: Lancaster House wins at Listowel
By Irish Field Contributor on 09 September 2019
The son of Galileo impressed his rider in winning this listed contest

Lancaster house makes it looks easy at Listowel as he adds to his unbeaten tally, winning the Edmund & Josie Whelan Memorial Listowel Stakes for the @ballydoyle team pic.twitter.com/hPq6Yg4B5f

Aidan O’Brien’s colt was an eight-length winner on his debut at the Galway Festival in early August – and having followed up in a conditions event less than a fortnight ago, he was the 7/4 favourite as he stepped up to listed class here.

Drawn widest of all in stall 17, Lancaster House was able to tack across and was soon in the perfect position in behind the pace-setting pair of Warnaq and Wagrave.

Once given his head by the trainer’s son Donnacha O’Brien, the son of Galileo swiftly put distance between himself and his rivals – passing the post two and three-quarter lengths clear of Wargrave, with Winiata best of the rest in third.

“That’s the best feel he’s given me so far,” said the winning rider. “From (stall) 17, to have the pace to get up to a position like that early, he has done very well. He travelled around very easy. He impressed me today – I think he’s quite a decent horse. 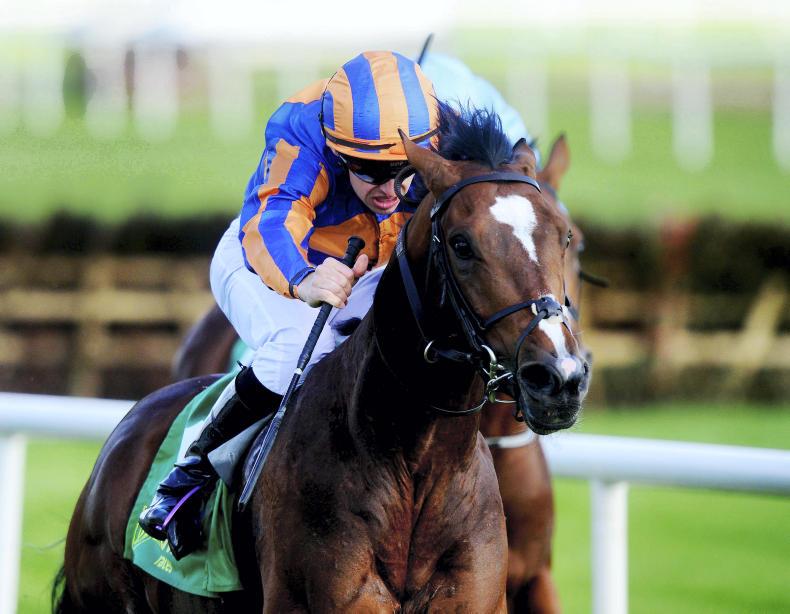 Inside Racing
LISTOWEL MONDAY: Lancaster brings down the House
By Ryan McElligott on 10 September 2019
More in Latest News
News FREE
NEWS: Sizing John will miss the rest of the season
News FREE
NEWS: Nolan hoping for another exhibition from stable star
News FREE
NEWS: Tiger Roll tops 105 Grand National entries
Classifieds
Place ad
Get full unlimited access to our content and archive.
Subscribe to The Irish Field
Unlimited access to The Irish Field via your computer, mobile device, tablet or newspaper delivered to your door.
Subscribe now +
Already a subscriber? Sign in