Just one final step...
You must confirm your email address by clicking on the link we’ve sent to your email address.
You are only one short step away from reading 5 free Field+ articles.
VIDEO: Keats navigates his way back to winner's enclosure

VIDEO: Keats navigates his way back to winner's enclosure
By Irish Field Contributor on 29 September 2020
A review of the big race from Tuesday's flat card at Cork Racecourse

Aidan O’Brien’s Keats proved suited by the drop back to a mile as he took the Listed Navigation Stakes at Cork on Tuesday.

? A first win in our feature race, the €37,500 Listed Navigation Stakes for Aidan O'Brien since 2011 as Keats stays on strongly to continue the fine form of jockey Seamie Heffernan pic.twitter.com/67gxcLrziw

By Galileo out of the extremely fast sprinter Airwave, the three-year-old has spent most of this season running over trips around 10 furlongs.

He had won twice already in this campaign, though, which has been busy, and both of those were over a mile.

Having suggested he was up to winning a race of this level last time out when second to Lady Wannabe at Listowel a week ago, Keats was sent off the 5/2 favourite.

Perfectly positioned throughout by Seamie Heffernan, the market leader took a lead into the straight off Jessica Harrington’s Free Solo and without coming under too much pressure hit the front.

Keats only had to be kept up to his work to beat Free Solo by a length and a quarter, with Fame And Acclaim third.

“I thought he was unlucky last week, but he handles all types of grounds and I wasn’t surprised he won,” said Heffernan

“He felt like there was more to come from him and he is still unexposed and still babyish. Listen, he has won a listed race today and he ran very well a few days ago so he is hardy and is up for it now, so I’m happy.” 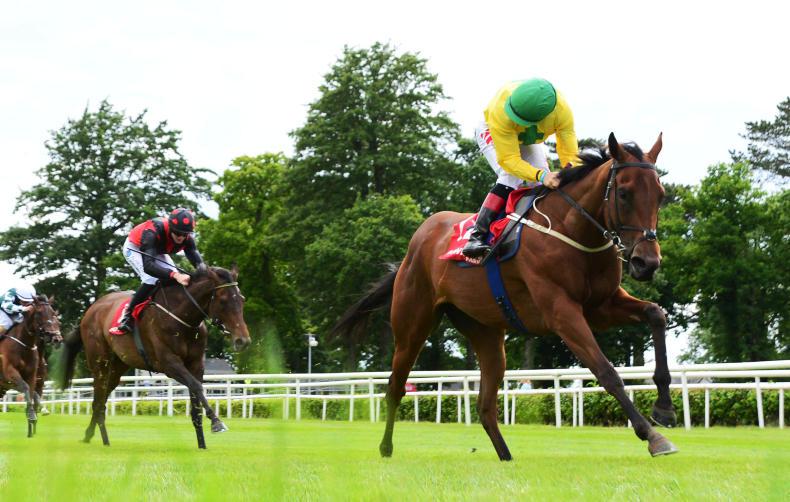 Inside Racing
GOWRAN PARK FRIDAY: Roma rocks on for Lyons
By Ryan McElligott on 18 June 2020
More in Latest News
News FREE
NEWS: Wembley could score for O'Brien among seven Futurity entries
News FREE
NEWS: Heffernan takes over on Princess Zoe in Royal-Oak
News FREE
CHELTENHAM: Search for sponsors for Grade 1 novice chases at Cheltenham
Classifieds
Place ad
Get full unlimited access to our content and archive.
Subscribe to The Irish Field
Unlimited access to The Irish Field via your computer, mobile device, tablet or newspaper delivered to your door.
Subscribe now +
Already a subscriber? Sign in