A draft of 24 fillies and mares from Juddmonte Farms included the pair who topped the day at 400,000gns apiece 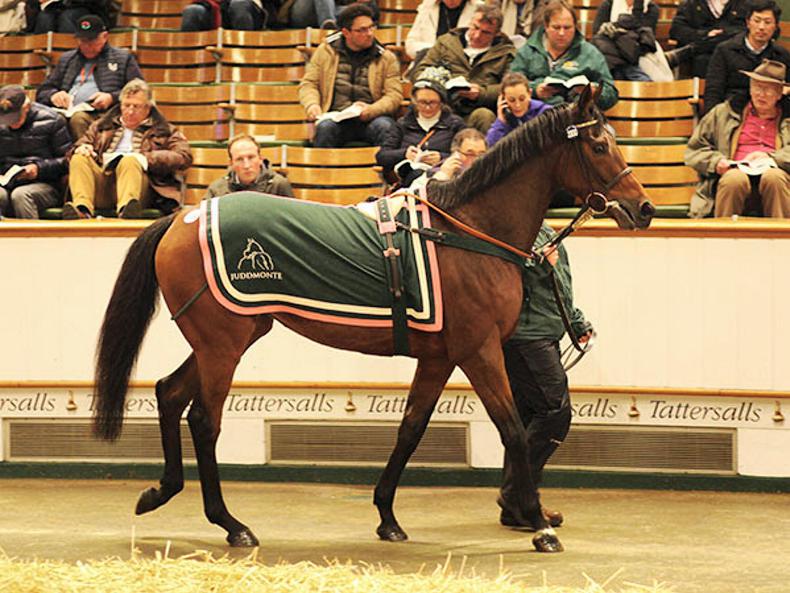 The regally-related Supporter was one of two Juddmonte Farms-consigned fillies who made 400,000gns during the third day of the Tattersalls December Mare Sale. Photo Tattersalls 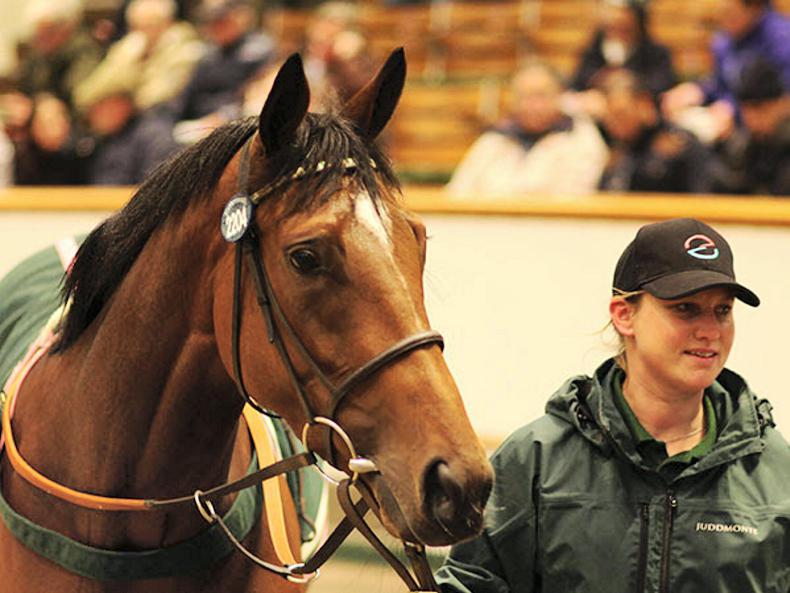 Weekday was one of two famously-related and Juddmonte Farms-consigned fillies who made 400,000gns during Wednesday's session of the Tattersalls December Mare Sale. Photo Tattersalls
Previous Next

THE consignment of fillies from Juddmonte Farms is always one of the highlights of the Tattersalls December Mare Sale and they have not disappointed this week. On Wednesday it realised 1,848,000 guineas for the 24 lots on offer.

The session's joint-top lots were two fillies from the Juddmonte draft who made 400,000 guineas apiece, and their fillies filled four of the top five prices for the day.

Supporter is knocked down to Roger Varian for 400,000gns on behalf of @StudHesmonds at the #TattsDecember Mare Sale. With blue hen Hasili as her second dam, the Dubawi filly comes from a wonderful @JuddmonteFarms family. pic.twitter.com/QyJ4Jncaoq

Roger Varian had to go to 400,000 guineas to secure the three-year-old Dubawi filly Supporter on behalf of Nurlan Bizakov's Hesmonds Stud.

A daughter of the Empore Maker mare Very Good News, she is a half-sister to Group 1 Irish St Leger third Weekender, and her grandam is the amazing broodmare Hasili, dam of the Group 1 stars Banks Hill, Cacique, Champs Elysees, Heat Haze, and Intercontinental, as well as Group 2 scorer and leading international sire Dansili.

"Hesmonds is a young farm for Nurlan and he is building up a strong broodmare band," said Varian. "It is a fantastic farm and is just starting to be successful in Nurlan's ownership.

"Nurlan has had a good year with some nice horses, especially some two-year-olds who could have classic campaigns next year – for instance, Tauteke, a daughter of Sea The Stars who won her novice race at Chelmsford last week. Qazyna, a daughter of Frankel, won a listed race on her last start for us this year.

"She is a three-year-old and will stay in training at four – she is a big filly and should only improve."

The @JuddmonteFarms draft at the #TattsDecember Mare Sale produces another highlight as @tanyagun & @johndgunther secure Weekday for 400,000gns. The daughter of Dansili is out of Gr.1 winner Timepiece and has Passage Of Time, Time Test and Twice Over further down her page. pic.twitter.com/fc40Lcp2hF

"She is a lovely filly and from a very good family," said Gunther, who was standing with Tanya, who signed for the new acquisition.

"There are also a couple of Dubawi younger siblings to run for the mare, which was important to us they could add again to the pedigree.

"I have had luck before buying from Juddmonte – Without Parole is from a Juddmonte family and I said this morning that I was not going to leave town today without buying one from Juddmonte!"

The Gunthers have enjoyed a remarkable year as the breeders of US Triple Crown winner Justify and owner-breeders of Group 1 St James’ Palace Stakes winner Without Parole.

US agent Justin Casse secured another Juddmonte offering when he went to 175,000 guineas to land At Your Pleasure, the War Front daughter of the multiple Grade 1 winner Ventura. He purchased the three-year-old on behalf of Haras D’Etreham’s Nicholas de Chambure.

"Nicolas and I agreed that she is a beautiful physical – she has a great shape and she has a good walk," said Casse. "War Fronts are very popular in the US – this family is a nice US family – and she could end up there. It is good that she is a winner."

Rabbah Bloodstock’s Jono Mills struck to secure the Juddmonte Farm’s three-year-old Rekindle for 170,000 guineas. "I am very glad we have got her," said Mills about the unraced daughter of Frankel.

"The family is only going to get better and better, hopefully there will be plenty of updates to come - it is just such a lovely page. We have not made any plans yet."

Rekindle is the first foal out of the young Pivotal mare Hot Snap, who won the Group 3 Nell Gwyn Stakes and was placed in the Group 1 Nassau Stakes.

That mare is a daughter of Midsummer, the stakes-placed dam of the champion Midday, and so comes from the family of additional Group 1 stars Elmaamul and Reams Of Verse.

Hot Snap has a 2016 Frankel colt, a 2018 Galileo filly, and she was covered by Invincible Spirit this spring.

She was third in the Group 3 Princess Margaret Stakes for trainer Paul Cole and owner Mrs Fitri Hay, and she is out of Musical Bar, the Barathea half-sister to the dual Guineas winner Finsceal Beo.

"I expect she will go off and be covered this spring," said Ferguson

The Tattersalls December Mare Sale continues at 9.30am on Thursday, December 6th with the fourth and final session.