Just one final step...
You must confirm your email address by clicking on the link we’ve sent to your email address.
You are only one short step away from reading 5 free Field+ articles.
VIDEO: Gladness glee for Weld with Imaging at Naas

VIDEO: Gladness glee for Weld with Imaging at Naas
By Irish Field Contributor on 13 April 2019
The colt may have Group 2 and Group 1 targets in his future following his latest success

IMAGING was a hard-fought winner of the Group 3 Gladness Stakes at Naas.

Dermot Weld’s four-year-old got the better of a bunch finish to prevail by half a length, making it two out of two this season after his listed success at Leopardstown just 10 days ago.

Oisin Orr had the 7/2 shot well off the pace early, set over this seven furlongs by last year’s winner Psychedelic Funk.

There was a further three-quarters of a length back to lightly-raced former French classic-placed favourite Le Brivido in third, another to perform with promise on stable debut for Aidan O’Brien following his switch from Andre Fabre.

Last year’s Irish Guineas winner Romanised ran better than his fifth-placed finish suggests, but it was the Khalid Abdullah-owned Imaging who emerged on top, at a track where he was a listed winner last season.

Imaging, a Listed winner 10 days ago, continues the fine form of the Dermot Weld yard to win the Group 3 Gladness Stakes at Naas pic.twitter.com/p2aJHCZouP

Weld said: “That was a good performance in a very good Group 3. I thought he did it very well – settled nicely and quickened up well.

“He’s a group winner over seven and he’d probably be even better going a mile – I hope he’ll have a long season ahead of him.”

Imaging may have earned a short rest, though, after his early-season exertions.

“He’s winning his group race already, so I’m not in a rush with his next start,” added the winning trainer. “He’s a horse that will travel to England or France, and obviously Group 2 and Group 1 is where we have to go next.

“That was lovely ground there today – and as long as the ground is not firm, he’s perfect.

“He’s matured a lot from three to four, and he’ll handle faster ground better than he would have last year. He’s a solid colt.” 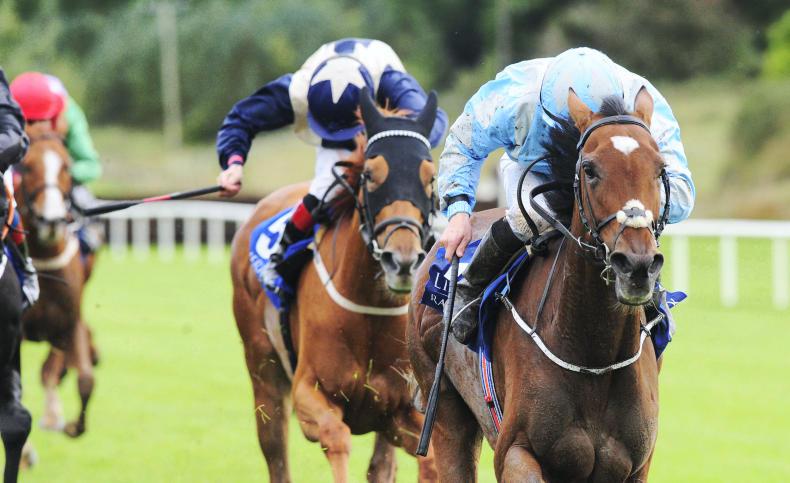