Just one final step...
You must confirm your email address by clicking on the link we’ve sent to your email address.
You are only one short step away from reading 5 free Field+ articles.
VIDEO: Fury Road eases to Monksfield victory

VIDEO: Fury Road eases to Monksfield victory
By Irish Field Contributor on 24 November 2019
The Gordon Elliott-trained son of Stowaway was a long odds-on favourite to beat three rivals in the Grade 3 test and did so with ease

The two-and-a-half-mile event lost much of its sheen when the winner’s fellow Gordon Elliott inmate, Abacadabras, was withdrawn on Sunday morning, leaving Fury Road to be sent off the 1/25 favourite.

Fury Road was an 18-length winner on his initial start over hurdles at Down Royal at the start of the month, and jockey Davy Russell was full of confidence from the off.

He was well in control with four flights to jump, and Fury Road cantered home 10 lengths clear, firmly on the bridle.

Elliott may consider a step up in trip for the Gigginstown House Stud-owned winner, although the Grade 1 Lawlor’s of Naas Novice Hurdle over two and a half miles on January 5th is another option.

Fury Road remains unbeaten over hurdles, easy as you like for the long odds-on favourite in Grade 3 company at @NavanRacecourse @gelliott_racing

He said: “It was straightforward, as it should have been, but he’s a nice horse and is better than that form. He could step right out to three miles if we wanted, and he jumps very well.

“He could go for the three-mile race at Limerick or the Lawlor’s race at Naas. He’s a big, staying horse.” 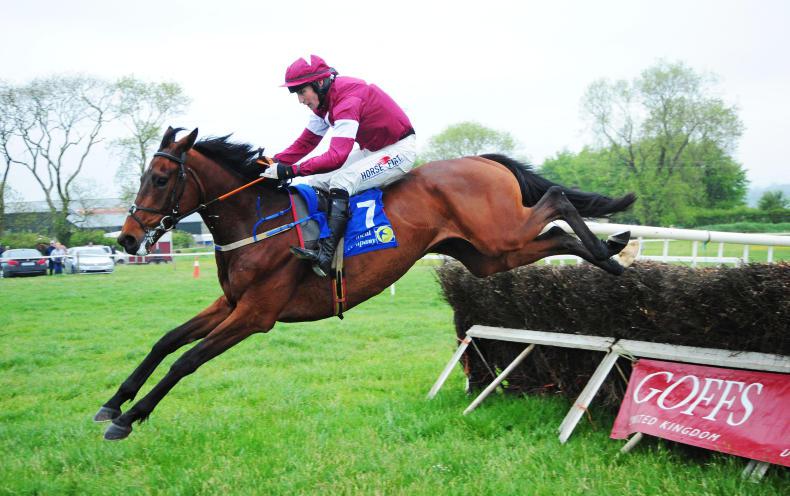