Epaulette, Lethal Force and Swiss Spirit have had winners this week, but Havana Gold is the first 2017 freshman with a stakes winner 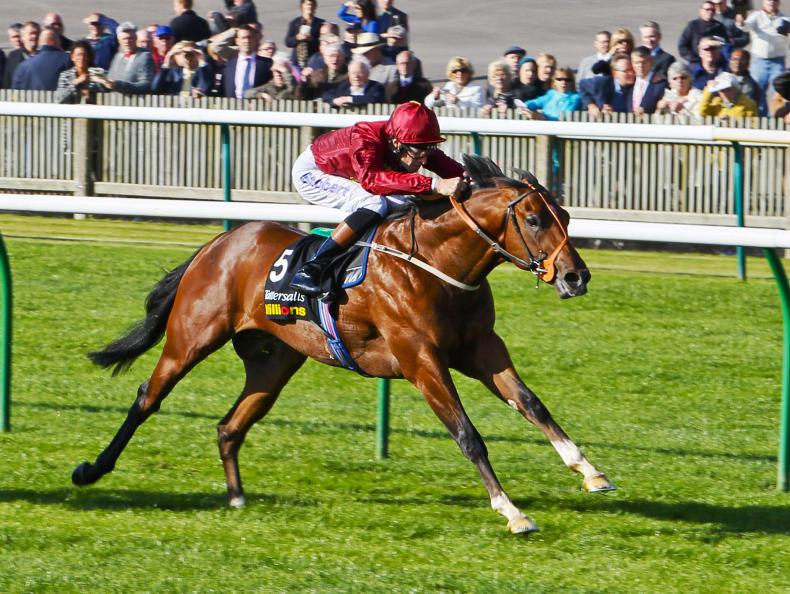 Tweenhills Farm & Stud stallion Havana Gold (by Teofilo) is the first freshman of 2017 to get a European stakes winner PHOTO: healyracing.ie 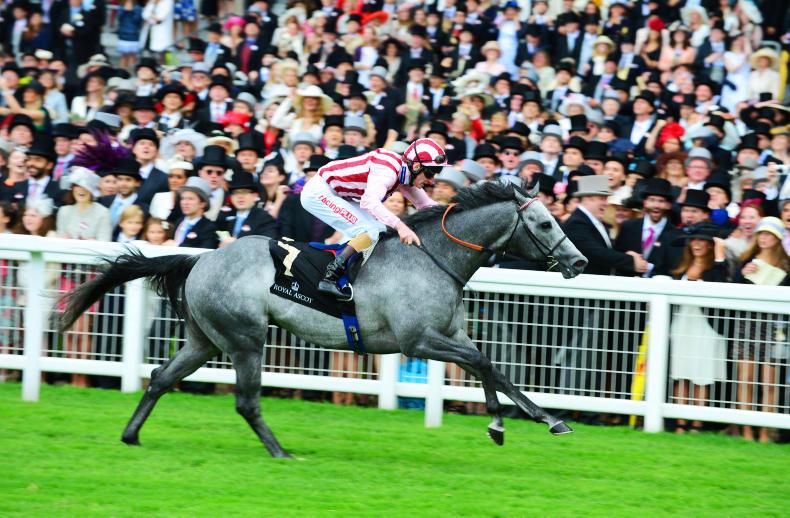 Havana Gold (by Teofilo) added to his tally when Headway justified odds-on with a three-length success over six furlongs on fast ground at Chester. The colt, who was a neck runner-up on his only previous outing, was bred by the partnership of Whatton Mannor, Global Equine, and Larry Stratton. His dam, On Her Way (by Medicean), is a direct descendant of 1976's Group 1 Prix Ganay heroine Infra Green (by Laser Light).

Lethal Force (by Dark Angel), who supplied the runner-up in that Chester event, also had the runner-up in the Listed Cold Move EBF Marble Hill Stakes over six furlongs at the Curragh. Would Be King is trained by Ger Lyons, was bred by Rockfield Farm, and is out of Smart Coco (by Smarty Jones), a grand-daughter of the classic and prolific Group 1 star Sayyedati (by Shadeed).

Cheveley Park Stud's sprint ace Lethal Force (by Dark Angel) struck again when the Clive Cox-trained colt Prince Of The Dark made a winning debut over five and a half furlongs at Bath. This young grey was bred by Alan and Robin Craddock, he is out of multiple scorer Fanrouge (by Red Clubs) and comes from the immediate family of Group 2 winner and Yeomanstown Stud sire Gutaifan (by Dark Angel).

Tweenhills Farm & Stud's Group 1-winning miler Havana Gold (by Teofilo) became the first member of his class to get a stakes winner when his Karl Burke-trained son Havana Grey won the Listed Better Odds With Matchbook National Stakes over five furlongs at Sandown.

The colt beat Frozen Angel by a length with the first-crop Dawn Approach (by New Approach) colt Haddaf a neck behind in third.

Havana Grey grabs the rail and makes all under PJ MacDonald to win the National Stakes at Sandown. pic.twitter.com/GCKJoSGRxj

Havana Grey was bred by the partnership of Mickley Stud and Lady Lonsdale, he is out of Blanc De Chine (by Dark Angel), and his dam is a half-sister to the Group 3-placed triple sprint winner Fast Act (by Fast Company). This a branch of the famous Group 1-producing family of Al Bahathri (by Blushing Groom), Haafhd (by Alhaarth), Gladiatorus (by Silic), Military Attack (by Oratorio), etc.

Time Trail maintained her unbeaten record with a narrow success over five furlongs at Catterick. The Michael Dods-trained filly was bred by Kevin Crabb, she is a daughter of Whitsbury Manor Stud stallion Swiss Spirit (by Invincible Spirit), and her siblings include the six-time scorer Harrogate Fair (by Trade Fair). Her dam is the stakes-placed Starbeck (by Spectrum).

Kildangan Stud's shuttle sire Epaulette (by Commands) notched up his first UK winner when Chookie Dunedin made a winning debut over six furlongs at Ayr. He had one in France last month.

The Keith Dalgleish-trained colt was bred by D and J Raeburn, he is out of Lady Of Windsor (by Woods Of Windsor), and that makes him a half-brother to listed scorer Chookie Royale (by Monsieur Bond) and to Chookie Hamilton (by Compton Place), a talented pair who have won 33 races between them.

Cheveley Park Stud's dual Group 1 sprint star Lethal Force (by Dark Angel) got off the mark as a stallion when the Charles Hills-trained Queen Of Kalahari won over five furlongs at Leicester.

The filly was bred by Minster Stud and she is out of Aromatherapy (by Oasis Dream), a mare whose dam was a full-sister to Group 1 scorer Distant Music (by Distant View). 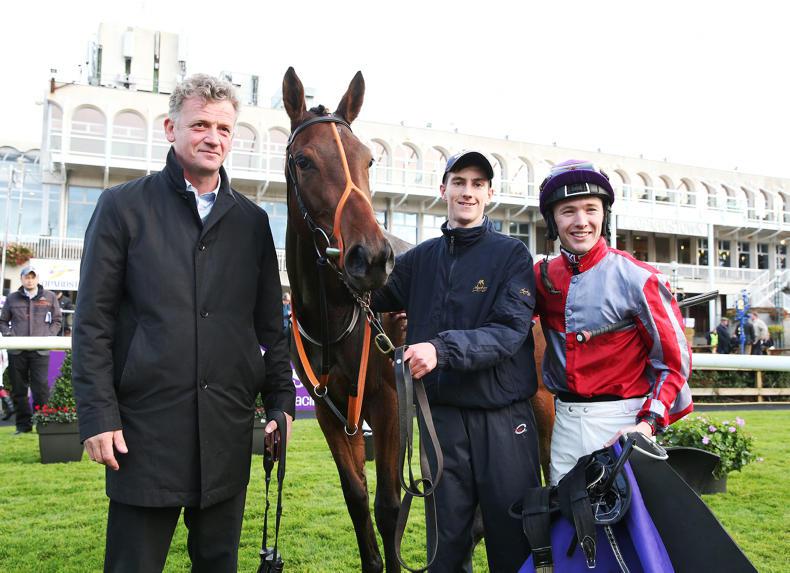 BREEDING INSIGHTS: Tom and Helen's newest Star
Leo Powell reviews the success for Stela Star, from a family very much in the news 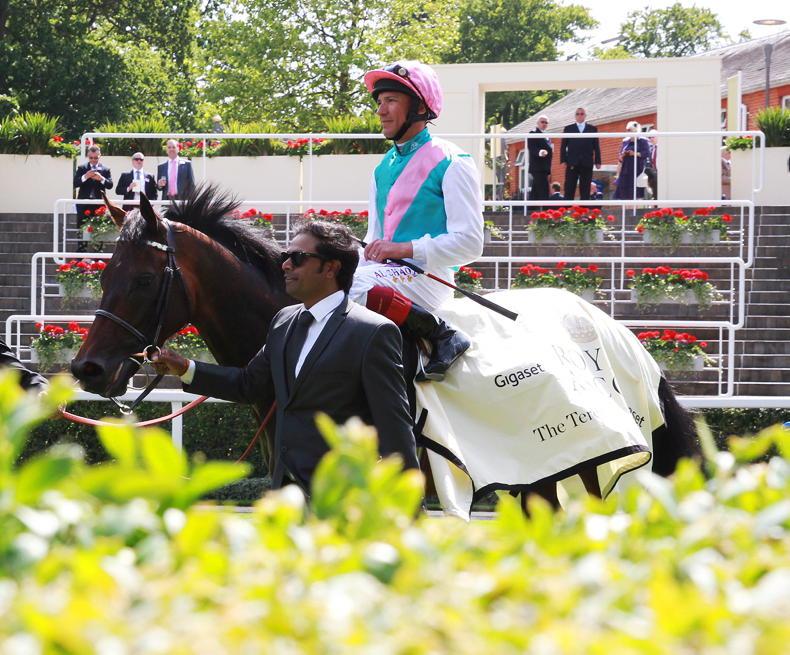 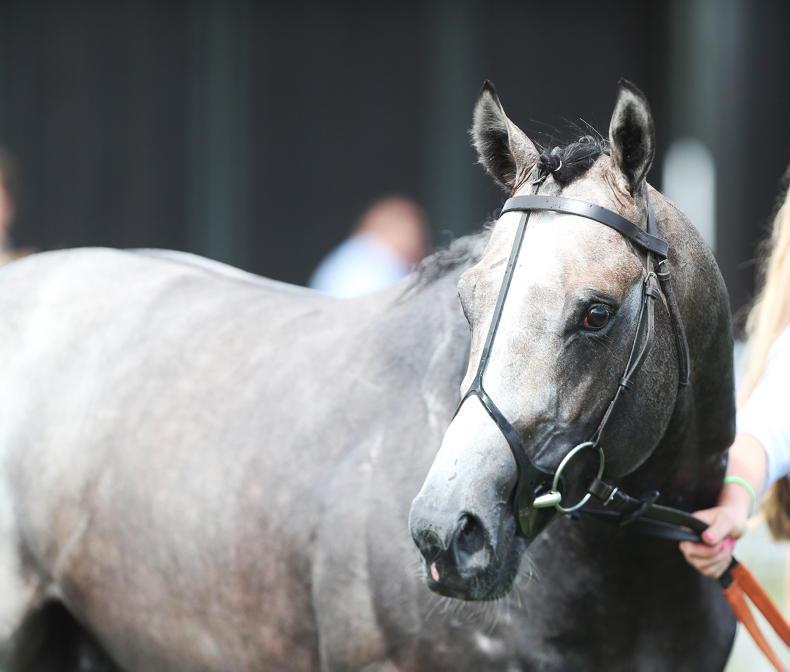