Just one final step...
You must confirm your email address by clicking on the link we’ve sent to your email address.
You are only one short step away from reading 5 free Field+ articles.
VIDEO: Exultant refuses to buckle in Champions & Chater Cup defence

VIDEO: Exultant refuses to buckle in Champions & Chater Cup defence
By Irish Field Contributor on 24 May 2020
The son of Teofilo was classic-placed in Ireland for Michael Halford, when known as Irishcorrespondent, and has now won five times at the highest level

EXULTANT showed all his class to dig deep and defend his crown in the Group 1 Standard Chartered Champions & Chater Cup at Sha Tin.

Known as Irishcorrespondent when with Michael Halford in Ireland, the Tony Cruz-trained six-year-old finished second in the 12-furlong feature in 2018, but went one place better last year when beating Rise High by a length and a quarter.

The Teofilo gelding – who had most recently held Furore in last month’s QEII Cup – was quickly on the heels of stablemate Time Warp in the final Group 1 of the Hong Kong season.

Zac Purton’s mount was going best turning for home and had a clear advantage two furlongs out, but it was becoming hard work for the red-hot favourite with just over a furlong to go and inside the last he looked like he might be swamped.

But while Chefano and Furore threw everything at him, Exultant would not be denied a fifth top-level triumph of his career. 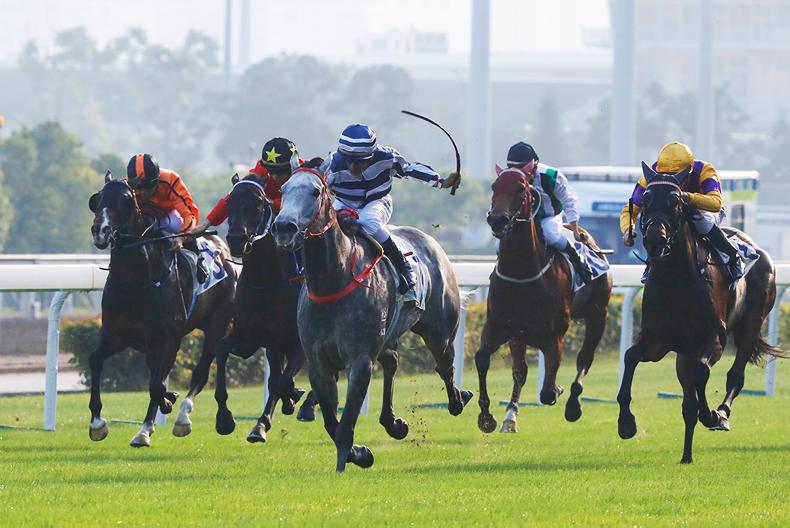