Just one final step...
You must confirm your email address by clicking on the link we’ve sent to your email address.
You are only one short step away from reading 5 free Field+ articles.
VIDEO: English dominate first day at ParisLongchamp

Martyn Meade's British challenger Chilean claimed victory in the Prix la Force at the newly-refurbished and rebranded ParisLongchamp on Sunday.

Following a revamp costing €140 million, the Parisian track opened its gates to the public for the time since the John Gosden-trained Golden Horn claimed the 2015 Prix de l'Arc de Triomphe in the hands of Frankie Dettori.

The Prix la Force was the first group race run at the new-look track, which features a new glass-covered grandstand building, an extended parade ring and 500 screens for watching races.

Chilean won twice from four starts as a two-year-old last season, including an impressive listed success in the Ascendant Stakes at Haydock.

Making his first appearance since finishing sixth behind 2000 Guineas and Derby favourite Saxon Warrior in the Racing Post Trophy at Doncaster, the Iffraaj colt raced on the speed throughout under Oisin Murphy and battled all the way to the line to emerge victorious.

Study Of Man, the once-raced favourite, finished a clear second.

Chilean was Meade's first runner since relocating to the historic Manton stables in Wiltshire, having previously trained at Sefton Lodge in Newmarket.

Murphy told At The Races: "It's a very good training performance to get him here spot on and he's obviously a pretty classy horse. The ground doesn't look as slow on TV, but it rides pretty slow.

"The Racing Post Trophy came at the end of a pretty long season for him, so perhaps he's better than that performance. Today was a lovely starting point. It was his first run of the year and he got a little bit lonely, but he's got plenty of class and it's great to be riding horses like this."

Meade was delighted and relieved in equal measure. "However well you think they are home and however much you think they're sparkling, you never really know until they hit the track.

"I'm thrilled with him. He won in the style of a very good horse, in my view, and hopefully he's an exciting horse for the rest of the season.

"I was just delighted to see him travel the way he did and battle so well at the end. He's such a gutsy little horse."

Asked about future targets, the trainer added: "We've been thinking about the Dante (at York) and the Prix du Jockey Club and I think he's earned his place in one of those better races now. I think realistically the Dante is the next possible race. We'll see how he is when he gets home. It might come too soon, but hopefully he'll be all right."

There was further success for the raiding party in the Prix d'Harcourt as Ralph Beckett's Air Pilot and Christophe Soumillon struck Group 2 gold.

The nine-year-old was making his second appearance in France this year after winning the Group 3 Prix Exbury at Saint-Cloud last month and followed up in impressive fashion.

Soumillon gave his mount a confident ride, positioning him in midfield before launching his challenge widest of all at the top of the home straight.

Royal Julius was in front racing inside the final furlong, but Air Pilot wore him down late on and was well on top at the line.

Beckett said: "I'm absolutely thrilled. He is ground dependent and got his ground today, but to be doing that at the age of nine - he's a remarkable horse. I thought Christophe gave him a very intelligent ride. They went a good gallop and that suited him. He's giving us all great fun and in particular he's giving his owner-breeder (Lady Cobham) enormous pleasure."

He added: "He's done his job for the year in many ways. We've had one of the wettest winters in god knows how long and I'm sure we're due a dry spell at some stage. He'll then have a summer holiday and then bring him back in the autumn.

"Hopefully we can find him another race before then. We'll just tip-toe our way for the next month or so and see what comes up."

Barkaa was a runaway winner of the Group 3 Prix Vanteaux for trainer Fabrice Vermeulen and jockey Cristian Demuro.

The daughter of Siyouni was taking a significant step up in class after winning a listed prize at Cagnes-Sur-Mer, but proved well up to the task, readily pulling clear of Soustraction. 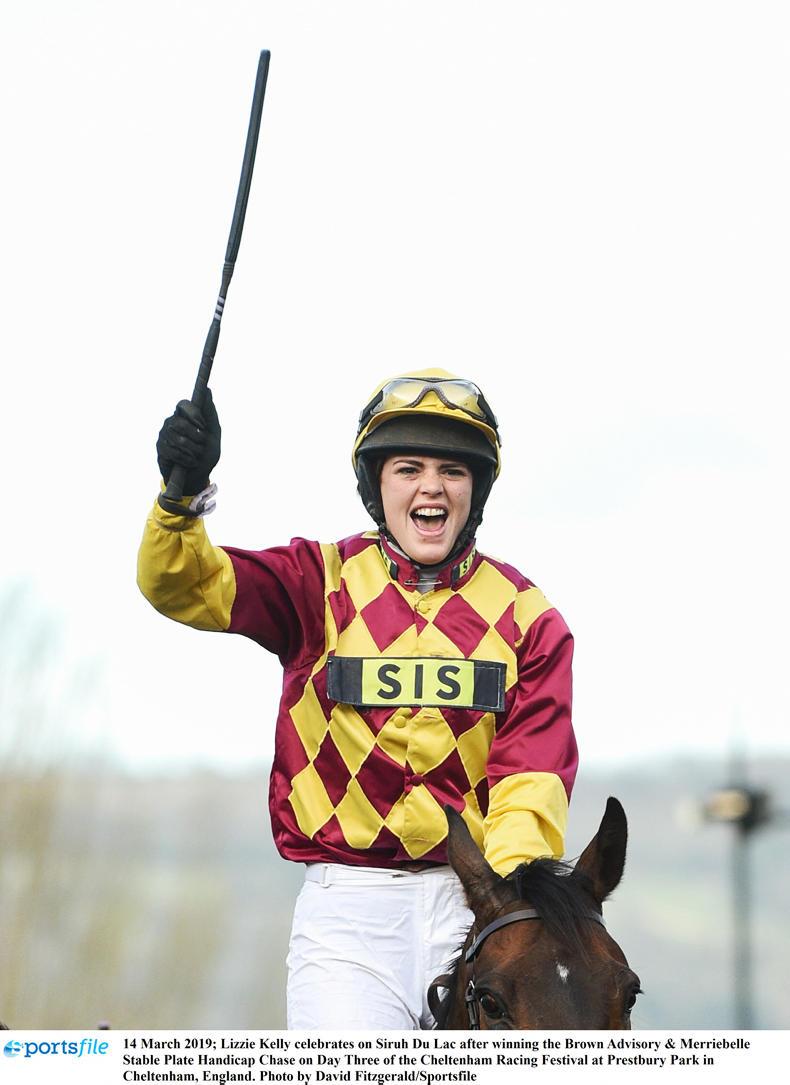 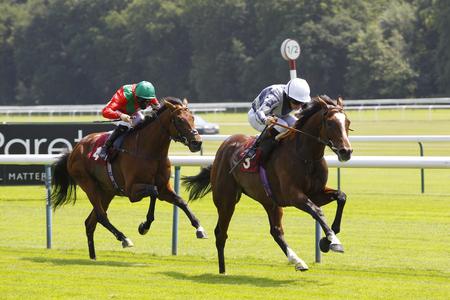 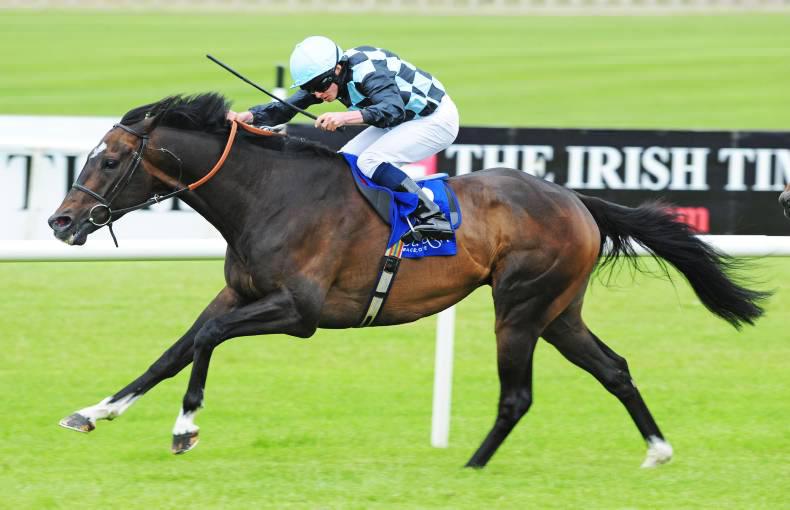 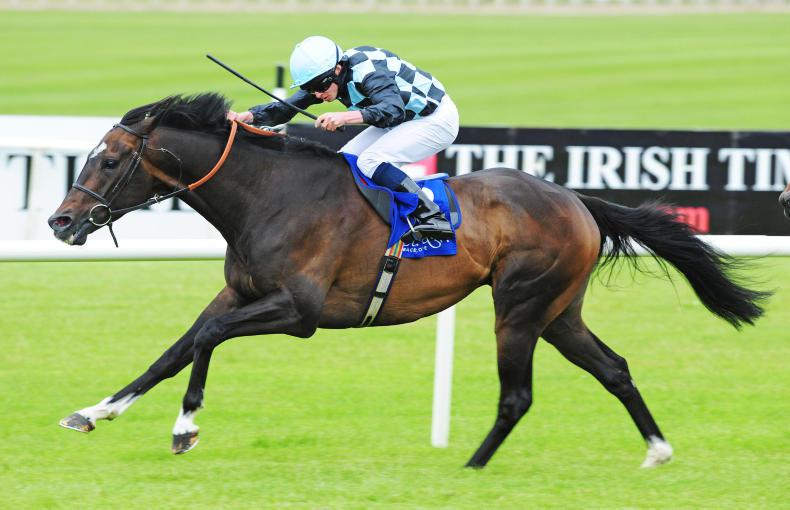 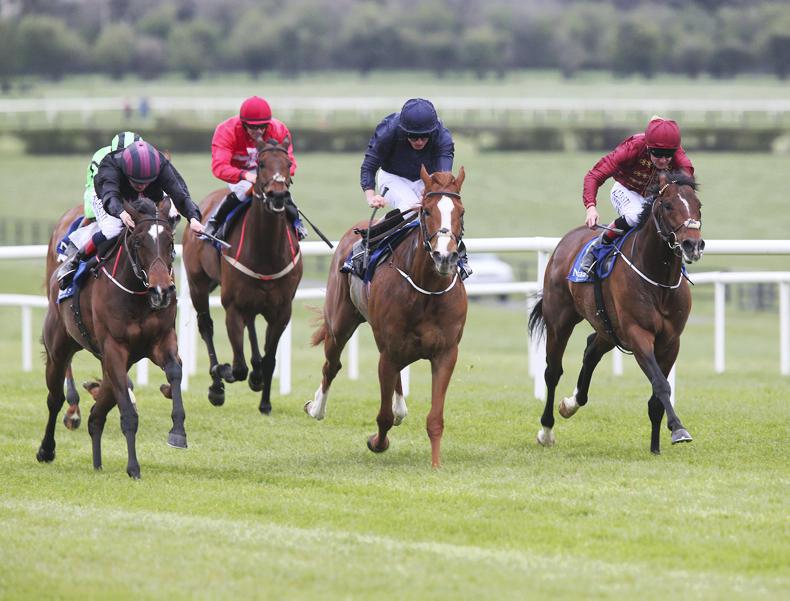