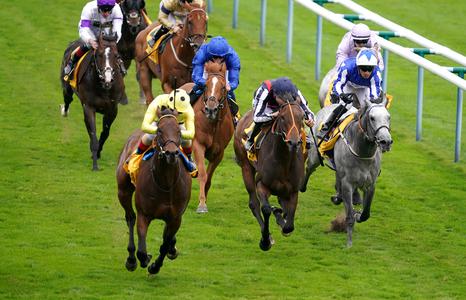 Emaraaty Ana held the late thrust of hot favourite Starman to win a thrilling race for the Betfair Sprint Cup at Haydock on Saturday.

Emaraaty Ana continues his fine season with an outstanding performance in the Group 1 @Betfair Sprint Cup!

The five-year-old gelding, trained by Kevin Ryan, showed his 40/1 second to Winter Power in the Nunthorpe Stakes at York last month was no fluke as he took the Group 1 showpiece over six furlongs.

Art Power burst out of the stalls and soon set up a decent lead, with Supremacy leading the pack and Emaraaty Ana close to the pace.

Emaraaty Ana (11/1) picked off Art Power over a furlong out and set sail for home.

Starman, who was under pressure some way out, stayed on strongly – but Emaraaty Ana held on by a short head. Chil Chil was three-quarters of a length back in third, with Happy Romance fourth.

It is three years since the son of Shamardal won the Group 2 Gimcrack Stakes at York – and by his trainer’s own admission, there have been a few bumps in the road since.

But having snapped a long losing run at Hamilton in late July, Emaraaty Ana produced a career-best performance when runner-up to Winter Power in last month’s Nunthorpe and he proved that effort as a largely unconsidered 40/1 shot was no fluke on Merseyside.

“I thought he was beat,” the North Yorkshire-based handler said.

“When he went to the front I thought ‘this is a long way home’. The last furlong is always a long furlong!

“We had huge faith in the horse. He’s as good a horse as I’ve ever trained.

“His work at home is brilliant and all he wants to do is please you.”

Ryan admitted he has spent many a night plotting how to get Emaraaty Ana back to his best.

He said: “When you train horses, you have to think about the individual and what you’re doing wrong with them. Make no mistake, we do make mistakes with these horses and we’ve changed a few little things with this horse.

“It takes confidence to get these horses back. I go to bed on a night and think ‘I did that wrong, we’ll do it differently next week’.

“Some horses can take the hard work and this fellow just needed to come back and take some easier work to go forward and believe in himself.

“I’ve never lost belief in the horse and I don’t produce them for these races to take part – if I don’t think they’re good enough, they won’t run.”

While Emaraaty Ana has the option of returning to five furlongs for the Prix de l’Abbaye at ParisLongchamp in a month’s time, he is most likely to head Stateside for the Breeders’ Cup Turf Sprint at Del Mar – a race Ryan won last season with the similarly rapid Glass Slippers.

He said: “I think there’s a fair chance he’s the right horse for America.

“He can travel and fast ground wouldn’t worry him.

“I’ll have to speak to Sheikh Mohammed Obaid, but I think he’s tailor-made for the Breeders’ Cup this year.”

The master of Hambleton Lodge was delighted to be adding to his top-level tally, adding: “With the Group 1s, when you’ve won one you want another and when you win another you want another one.

“That is what we base everything on now, to try to compete with the good horses at the top level.

“It’s very hard to do. A lot of trainers are doing it and doing it very well. I’m just thankful that I can drop in there somewhere along the line.”

While this was a sixth Group 1 triumph for Ryan since Hello Youmzain won the same race two years ago, Atzeni had not enjoyed top-level success in Britain since steering Defoe to victory in the 2019 Coronation Cup at Epsom.

He said: “What a horse. His run in the Nunthorpe was a great run. Coming back here today over six furlongs on very fast ground, we thought we had every chance.

“We knew how good Ed Walker’s horse (Starman) is, but my horse jumped and travelled good and took me to the two-furlong marker on the bridle.

“When I let him down he kept quickening and to be fair to the horse, when the second horse came to him he found a little bit extra.”

The Italian admitted he was not certain he was in front passing the post, adding: “I’ll be honest with you, after the line I wasn’t sure I’d won.

“It’s been my while since my last Group 1 and this is what it’s all about – the big days with the good horses in the big races.” 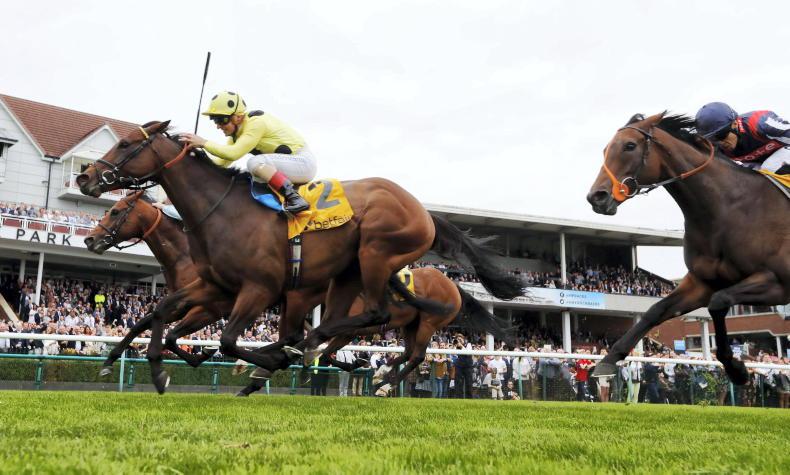 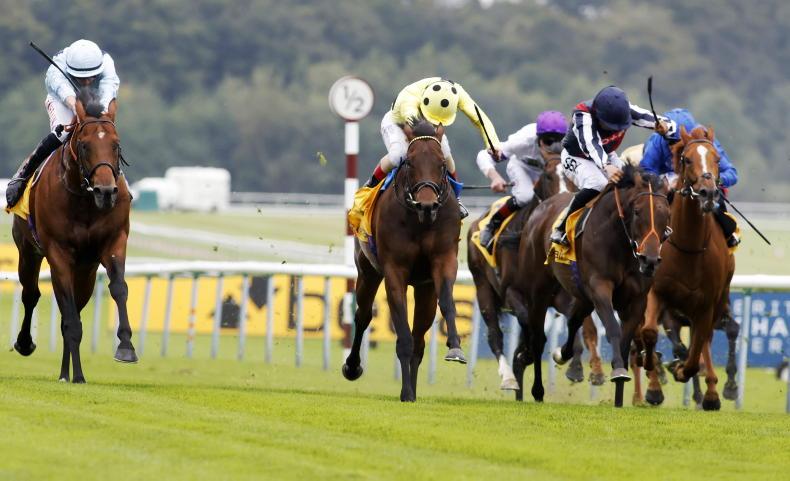 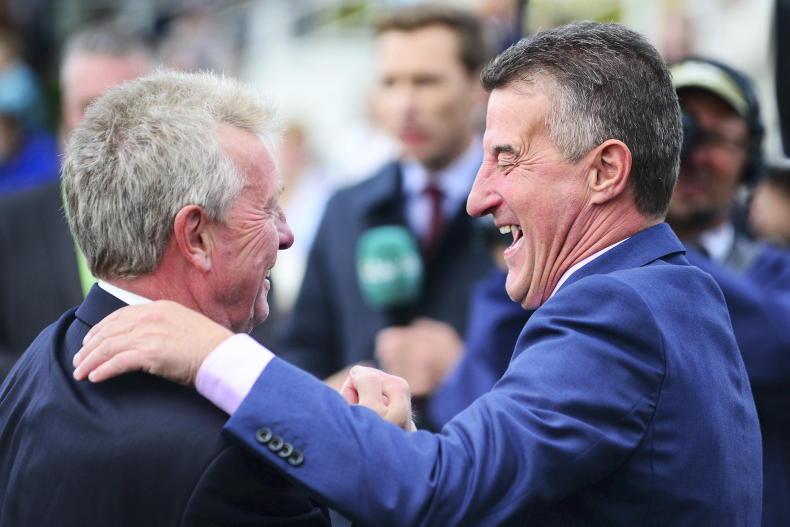 BRITAIN: Just another big handicap win for Kevin Ryan
First-time blinkers appeared to do the trick for Justanotherbottle at Ripon 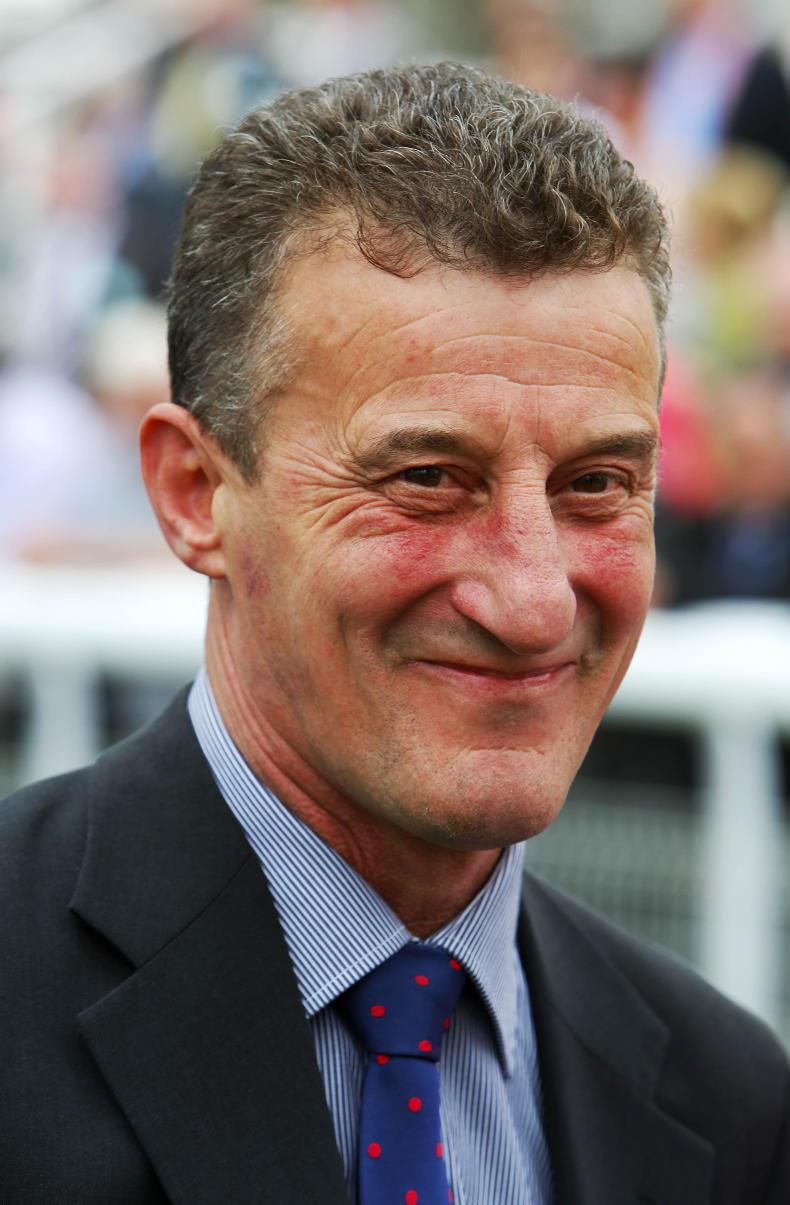