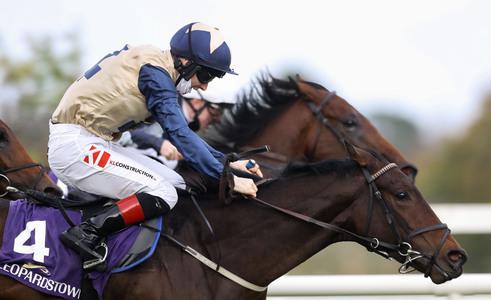 Duke De Sessa came from the clouds under an inspired Colin Keane to claim Group 3 honours in the Eyrefield Stakes at Leopardstown on Saturday.

?? A stunning performance from Duke De Sessa who turns on the turbo to land the G3 Eyrefield Stakes for Dermot Weld & @ctkjockey pic.twitter.com/u8wWQPWyK0

Down the field in the National Stakes on his latest appearance, Dermot Weld’s youngster was an 11/2 chance to get back on the winning trail and complete a treble on the day for the champion jockey.

The son of Lope De Vega was almost last rounding the home turn, but showed an impressive turn of foot once angled wide at the top of the straight to run down his rivals and prevail by half a length.

Weld said: “That was very pleasing. He’s a lovely colt, still immature, and he’ll make a lovely colt next year. There is lots to look forward to.

“Hopefully he’ll come back for a Guineas trial and I see him potentially as an Irish 2000 Guineas horse.

“He just had to wait there to get him out and get him balanced and he came home exceptionally well.

“He has a lot of pace this horse and the lovely thing about him is that he has stamina as well.

“He’ll be a lovely mile or mile-and-a-quarter horse for next year, please God.”

Keane opened his account aboard Jessica Harrington’s 9/4 favourite Nectaris in the Irish Stallion Farms EBF Fillies Nursery, before steering Masen to an all-the-way victory in the Listed Knockaire Stakes.

Sent off the 2/1 favourite after finishing second at this level and winning a Leopardstown handicap last time, Ger Lyons’ runner was in charge from the off, seizing an early advantage that he did not relinquish despite tiring slightly at the finish.

Masen came home two and a quarter lengths clear of a decent yardstick in Njord and assistant trainer Shane Lyons expects the three-year-old to develop into an even better horse next year.

He said: “It’s a job well done. He’s a work in progress and hopefully he’ll have a nice winter and mature mentally.

“If he winters well, and there is no reason why he won’t fill into a man, we think he is a very good horse.

“Ger will have a chat with Barry (Mahon, Juddmonte’s racing manager) and the Abdullah family and make a plan. Colin thinks the world of him, as do we.

“Every race that he has run in he’s shown a bit of class and he’s improving with each race.

“The winter can’t come soon enough so he can have down time and mature. We’re really looking forward to him next year, we think he’s a proper horse in the making over seven furlongs or a mile.”

A Dark Angel half-sister to the classy Just Wonderful, West Coast was making it third time lucky as she saw off 15/8 favourite Perfect Thunder by three and three-quarter lengths.

Heffernan said: “To be very honest, I couldn’t see her getting beaten on either of her last two runs, but maybe she was greener than I thought or maybe I just gave her two bad rides.

“I was on the best filly in the race, and she’s genuine, so I just let her rip along. She has the makings of a nice filly.”

Star Of India (5/1) earned classic quotes as he brought up the double in the following Irish Stallion Farms EBF Maiden.

A Galileo half-brother to 2013 Phoenix Stakes victor Sudirman, Star Of India made short work of his 11 rivals, impressing Heffernan with his two-and-a-quarter-length verdict.

Heffernan added: “He’s a grand staying type of horse. We went a good gallop there and I stayed going well, I liked him.” 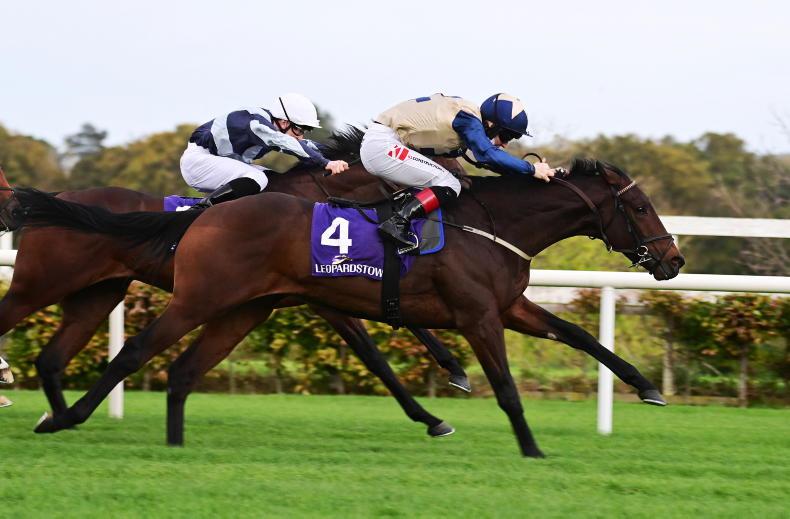 ANDY BATE: Perfect timing from Duke De Sessa
Dermot Weld’s colt posted the best overall race time and three-furlong sectional in combination on the day to prove his running behind Native Trail to be all wrong. 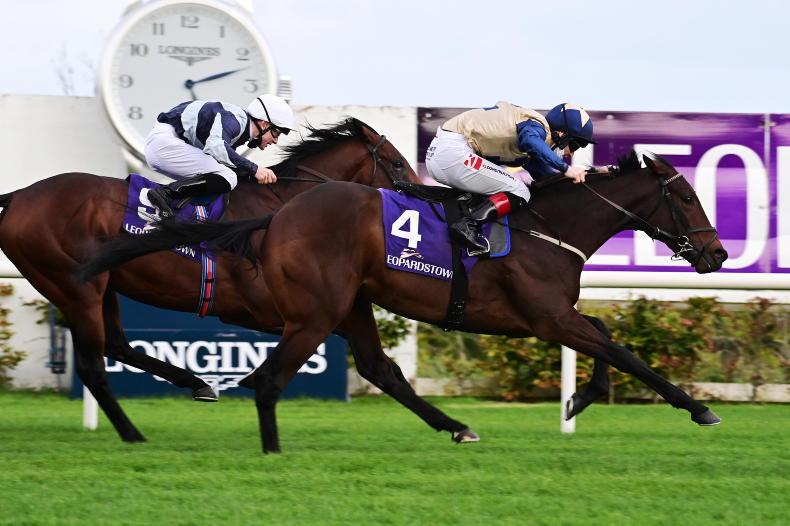