Just one final step...
You must confirm your email address by clicking on the link we’ve sent to your email address.
You are only one short step away from reading 5 free Field+ articles.
VIDEO: Decorated Knight's dam Pearling sold for 2,400,000gns

VIDEO: Decorated Knight's dam Pearling sold for 2,400,000gns
By Irish Field Contributor on 04 December 2018
The regally-related mare is in foal to Decorated Knight's sire, Galileo, and was one of seven to sell for a seven-figure sum on day two of the Tattersalls December Mare Sale

Pearling is knocked down to @BlueDiamondStd for 2,400,000gns at the #TattsDecember Mare Sale. Consigned by New England Stud, the dam of multiple Gr.1 winner Decorated Knight sells carrying his full sibling. pic.twitter.com/vy0CfKvSV6

The headline act was Pearling, sold in foal to Galileo for 2,400,000 guineas to the bid of Tony Nerses of Blue Diamond Stud. Underbidders included David Hanley of WinStar Farm and ultimately, Australian-based agent Dean Hawthorne.

Offered by New England Stud, the regally-bred mare is an own sister to champion sire and racehorse Giant's Causeway and she is the dam of three-time Group 1 winner Decorated Knight, who is at stud in Ireland.

Imad Al Sagar, who was the successful purchaser and previous part-owner of the mare with Saleh Al Homaizi, said: "She is very special to us and has an exceptional pedigree. I could not let her go.

"Saleh has some serious business commitments coming up and has needed to reduce his interests, but he is a very good friend. We have had some great times with the horses together but things change.

"I am delighted to be able to take this mare home – and she is carrying a filly by Galileo."

When the opening bid is 1,000,000gns you know it's going to be special. @KernLillingston signs at 2,200,000gns for Bound at the #TattsDecember Mare Sale, a Galileo Listed-winning mare in foal to Dark Angel consigned by John Troy. pic.twitter.com/XJ7TCeEGij

The other lot to top the two million guineas mark was the stakes-winning Galileo mare Bound who was knocked down to Lordship Stud’s Ben Harris for 2,200,000 guineas.

US agent Lincoln Collins had initially opened the bidding at 1,000,000 guineas before Henri Bozo, standing alongside Bertrand Le Metayer, took things along before the Lordship team standing with agent Luke Lillingston took control to secure the mare. She is in foal to Dark Angel.

Following the sale, Trevor Harris of Lordship said: "Luke helped us right from the start and bought La Sky for us who was the dam of Love Divine and Swiss Lake, the dam of Swiss Spirit. This the most expensive horse we have bought, and we'd would love to send her to Dubawi."

Luke Lillingston said: "Sometimes you have throw the kitchen sink at it to get a reward. She is a very special looking mare and is by Galileo."

Bound is an own-sister to the Group 1 Nassau Stakes second Wedding Vow and to Bye Bye Baby, a Group 3 winner who finished third in the Group 1 Investec Oaks in June.

She hails from the family of Prix de l'Arc de Triomphe winner Dylan Thomas, and of 1,000 Guineas winner Homecoming Queen, and she was offered in foal to Dark Angel, consigned by John Troy.

Hugo Lascelles goes to 1,400,000gns for Gr.3 winner Beautiful Morning at the #TattsDecember Mare Sale. Consigned by @newsellspark, the daughter of Galileo is out of Date With Destiny, the only foal by George Washington. pic.twitter.com/lCUlxpSqEW

The group-winning Galileo mare Beautiful Morning was another to break seven figures when selling to agent Hugo Lascelles for 1,400,000 guineas.

Victorious in the Group 3 Royal Whip at the Curragh, she is out of the listed-placed Date With Destiny, the only offspring of ill-fated 2000 Guineas winner George Washington.

The mare was trained by Jessica Harrington, and raced for Jon Kelly and James Wiltz. She was consigned to the sale by Newsells Park Stud.

"Beautiful Morning will be staying in the UK and we'd hope she'll be able to go to Dubawi," said Lascelles. "She is for a different client than this morning's purchase of Lot 1805."

The daughter of the stakes winner Place In My Heart was consigned by her owners Whitsbury Manor Stud, and Ed Harper commented: "The family goes back to Hollow Heart, who was bought by Dad in the 1970s – this is a testament to his skill.

"We have changed our minds about 10 times as to whether to sell or keep her, but, at the end of the day, a stallion can cover 100 mares and a mare can only be covered once and we run a commercial operation.

"We have a superb team at home and it allows us to keep pushing forward."

Purchaser MV Magnier said: "She is a very fast filly, very good-looking and she'll be one for Galileo. She will not race on. She comes from a great nursery and farm."

The Frankel ½-sister to multiple Gr.1 winner Decorated Knight, Ambrosia, goes to @WinStarFarm for 1,300,000gns at the #TattsDecember Mare Sale. David Hanley was one of the underbidders on Pearling but is successful with her Highclere Stud-consigned daughter. pic.twitter.com/RGZeHhoTDD

Shortly after David Hanley of WinStar Farm had missed out on buying Pearling, he struck successfully on her daughter Ambrosia with a bid of 1.3 million guineas.

The Highclere Stud-consigned daughter of Frankel is a half-sister to three-time Group 1 winner Decorated Knight, from the family of multiple Group 1 winners Gleneagles and Happily, and was offered in foal to Siyouni.

Hanley said: "We went a long way into the bidding on her dam but did not get her. We said if we missed on her, we would try for her daughter.

"It is the most exceptional pedigree and most amazing family that works on both sides of the Atlantic - you could get a dirt horse or a turf horse. We are thrilled that we have secured her.

"She is on an early cover, and we have discussed stallions, but as yet have made no plans."

The six-year-old daughter of Mastercraftsman, out of the Efisio mare Ravish, was consigned to the sale by European Sales Management on behalf of owner Martin Schwartz.

"She is the only lot here with Grade 1-winning form," said Wigan.

"The farm is an old American stud farm that has a great history. It is now being bought back into equine use again. It has been empty for a time and these are the first mares going back onto the farm.

"The mare should suit the US and she is from a lovely family."

Phoenix Thoroughbreds had to withstand a determined effort by Yulong Investments to secure the four-year-old mare Pocketfullofdreams for 1,000,000 guineas.

The listed-placed daughter of Invincible Spirit, who was offered with a covering by Galileo, was consigned by Baroda & Colbinstown Studs. She is a half-sister to Group 2 Prix de Royallieu winner The Juliet Rose.

Tom Ludt, the vice president of equine operations for Phoenix Thoroughbreds, said: "We are building a top-level broodmare band and both mares are carrying their first foals. We are looking to play at the top of the business.”

Phoenix later bought out their partners Zen Racing in the filly Signora Cabello for 900,000 guineas and indicated that she will return to trainer John Quinn for a three-year-old campaign.

The Tattersalls December Mare Sale continues at 9.30am on Wednesday, December 5th. 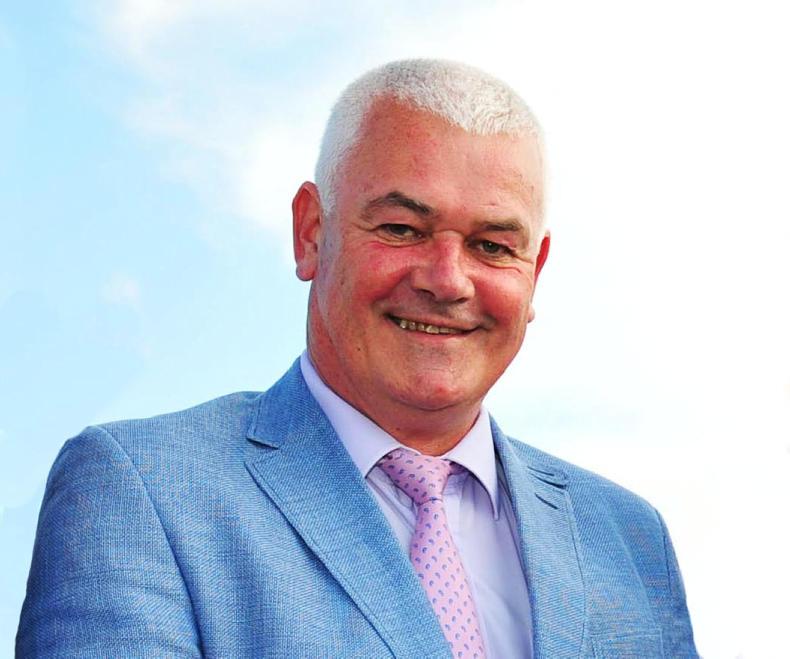 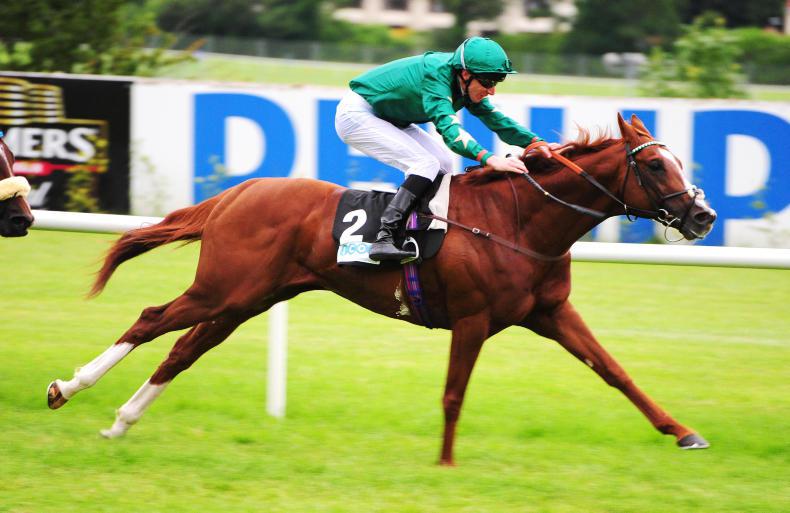 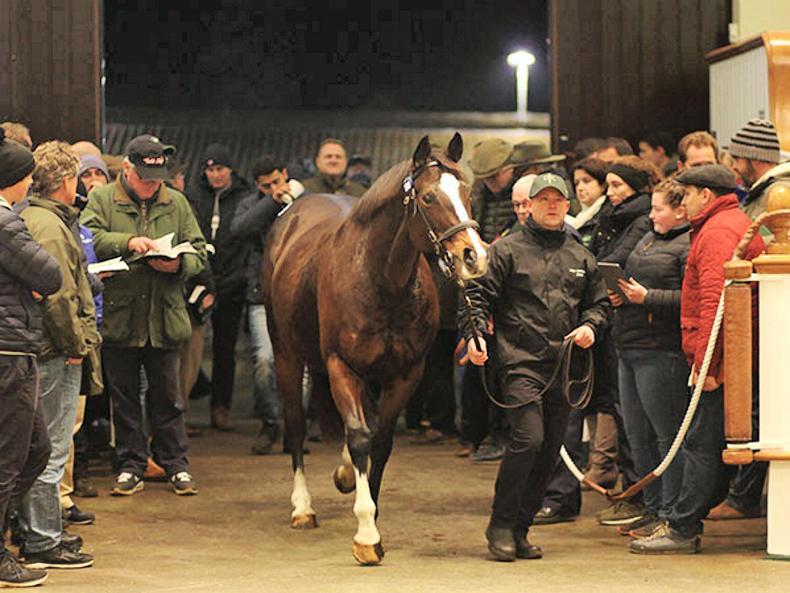 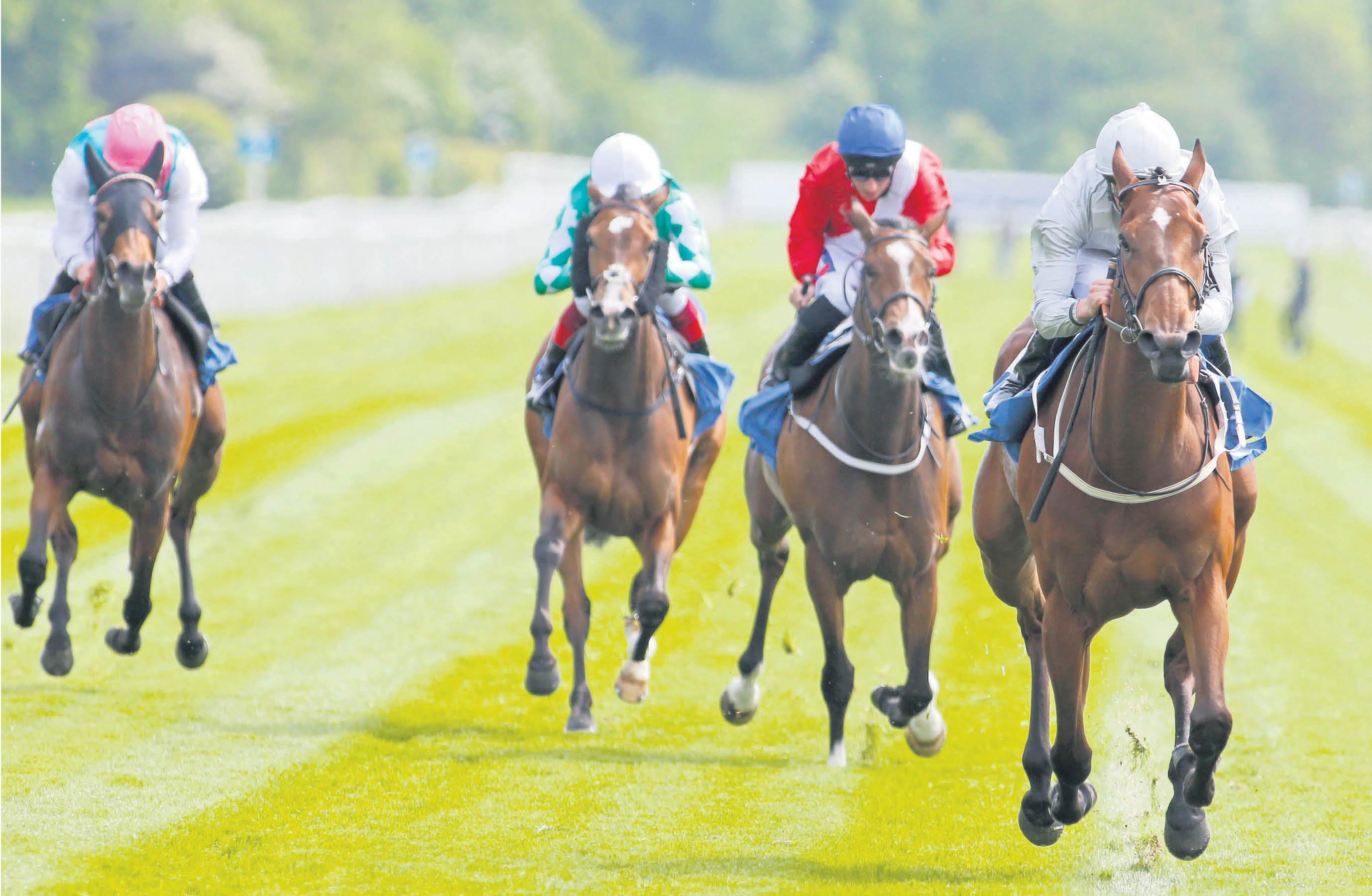