Just one final step...
You must confirm your email address by clicking on the link we’ve sent to your email address.
You are only one short step away from reading 5 free Field+ articles.
VIDEO: De Rasher Counter is Trophy king at Newbury

VIDEO: De Rasher Counter is Trophy king at Newbury
By Irish Field Contributor on 30 November 2019
The Emma Lavelle-trained gelding won the feature race at Newbury and gave 5lb claimer Ben Jones the biggest win of his career. Cabaret Queen was pulled up after six out

Lavelle saw her crack staying hurdler Paisley Park return in style on Friday and a day later was in the headlines again as 5lb claimer Ben Jones showed just why he is regarded as one of the riding finds of the season.

The @ELavelleracing-trained De Rasher Counter captures the Ladbrokes Trophy to continue the team's red-hot form and a sensational season for his rider!

After hiding his mount for more than half of the race, Jones moved closer and was to the fore from five out.

De Rasher Counter (12/1) set sail for home in the long straight and had enough in hand to hold The Conditional (20/1) by a length and a half.

Last year’s runner-up Elegant Escape (15/2) stayed on strongly for third place, half a length away, with Beware The Bear (25/1) a neck back in fourth.

West Approach, the 13/2 favourite, unseated Robbie Power early on, while the fancied Irish-trained Cabaret Queen was pulled up after six out. 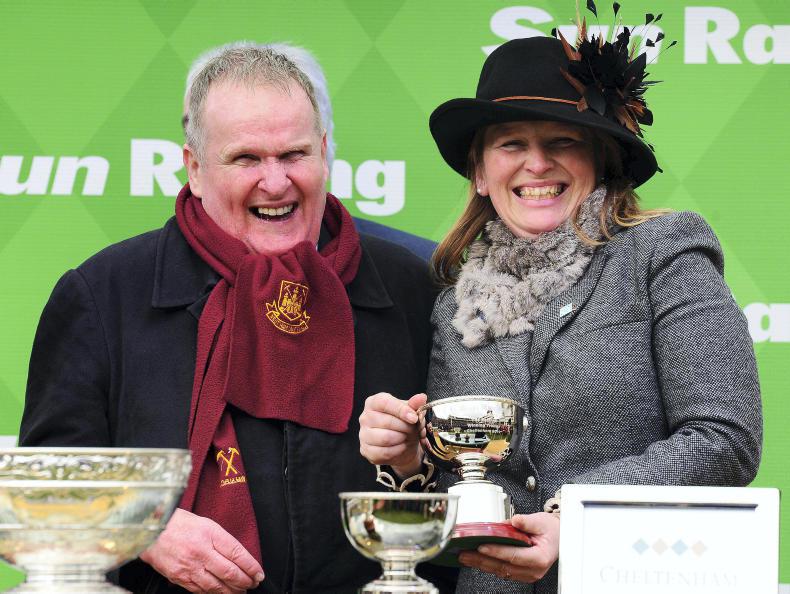