Just one final step...
You must confirm your email address by clicking on the link we’ve sent to your email address.
You are only one short step away from reading 5 free Field+ articles.
VIDEO: Cilaos Emery impresses in Naas win

Cilaos Emery made a pleasing return to action in the Poplar Square Chase at Naas on Saturday.

Last seen beating subsequent Arkle-winning stablemate Duc De Genievres on his only previous outing over fences, he made only one semblance of an error on his way to victory.

Sent off the 4/9 favourite, Paul Townend was content to track Ornua, a Grade 1 winner at Aintree, before sprinting clear before the second last.

Assistant trainer Patrick Mullins said: “That was very impressive for a horse with such little experience. Ornua is obviously a Grade 1 winner and we were getting a lot of weight.

“He wasn’t going to be easy to place this year with just one run as a novice. I’m not sure what the plan is now, but he has a lot of ability and will probably be kept to two miles for the moment. He’s only had two runs over fences and maybe it would be best to take baby steps and get more experience into him.

“Today was an ideal race with just four runners and they were well spread out. His jumping has always been good.”

Mullins and Townend were also on the mark with Tornado Flyer, who made a winning debut over fences in the 2m 3f beginners chase. The 5/4 favourite made a bad mistake down the far side of the track and looked vulnerable in the closing stages but stayed on well to win by three-parts of a length from 20/1 shot Choungaya.

Earlier the Mullins-trained Elixir D'Ainay (13/8 favourite) held off Longhouse Poet (9/4) by almost two lengths in the 2m 3f maiden hurdle. The winner is owned by J.P. McManus, whose retained jockey Mark Walsh was in the saddle.

Walsh was also aboard the McManus-owned Kilfenora (10/1), who landed the Grade B Brown Lad Handicap Hurdle for trainer Eddie Harty. The winner scored by almost two lengths from the 13/8 favourite Rock De Baune, who also carried the McManus silks.

Surin ran out a clear-cut winner of the Fishery Lane Hurdle for Gordon Elliott and Luke Dempsey.

Making full use of her fillies’ allowance in the testing conditions, Surin (9/2), who fared well in the best company last year, looked set to be swamped at the second last.

Quartz Du Rheu, Gardens Of Babylon and Tiger Tap Tap all loomed up to challenge, but the filly powered clear to win by seven and a half lengths.

Elliott said: “Luke gave her a good, positive ride. We knew she would stay well, she had a run and she was fit. She’s a good mare and has improved from last year and grown a lot. It was a good performance.

“I’m not sure where we will go now, but she will be aimed at those mares’ hurdle races. She’ll have a few easy weeks now and then we’ll see what happens.”

Joseph O’Brien’s smart bumper performer Embittered defeated Blackbow on his hurdling bow. On bumper form there was little between the two market principles, yet despite having his first run for 563 days, Mullins’ Blackbow was sent off the odd-on favourite.

After bypassing the last flight in the Irish Stallion Owners EBF Maiden Hurdle, Embittered (7/2) and J.J. Slevin came out on top by half a length.

“He was a decent bumper horse and he jumped well. He did well to win as I thought he’d want the race,” said O’Brien. He could go for the Royal Bond.”

Both Surin and Embittered are owned by Gigginstown House Stud. 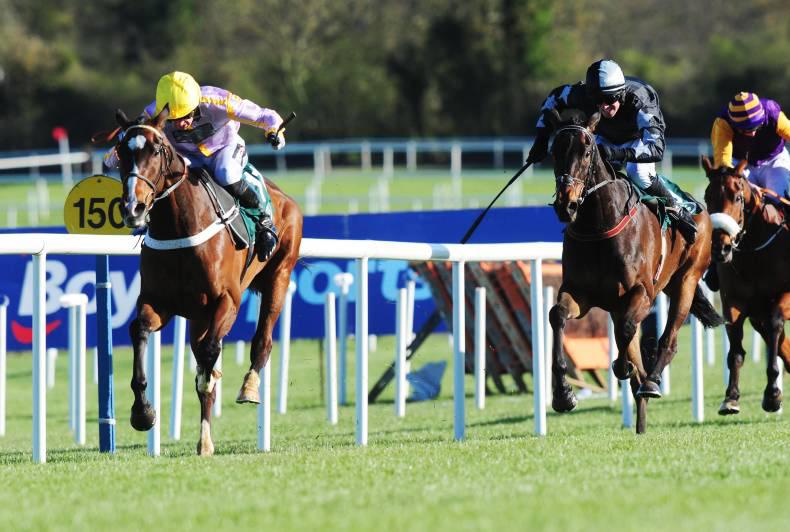 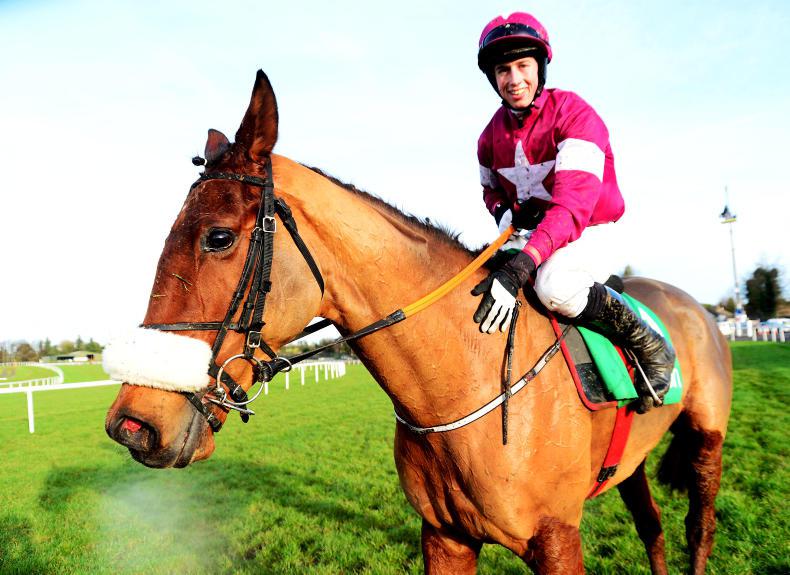 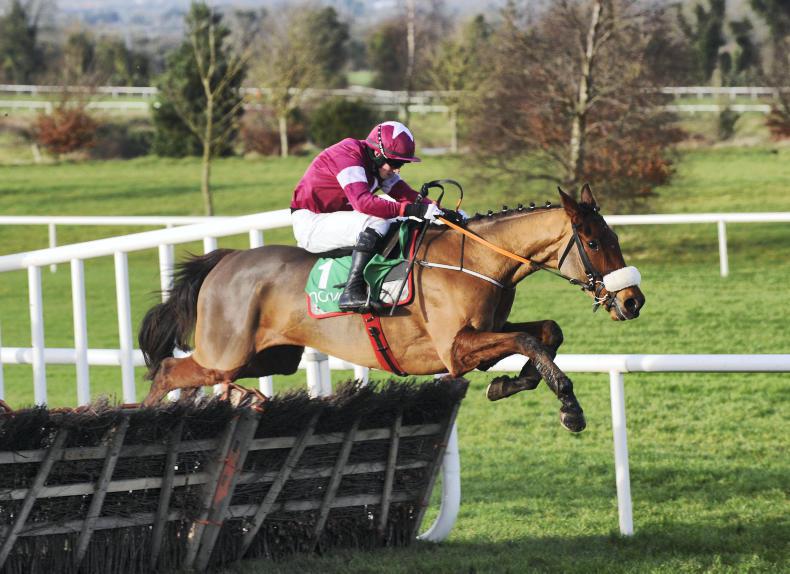