Just one final step...
You must confirm your email address by clicking on the link we’ve sent to your email address.
You are only one short step away from reading 5 free Field+ articles.
VIDEO: Champ comes from the clouds to snatch RSA glory

VIDEO: Champ comes from the clouds to snatch RSA glory
By Irish Field Contributor on 11 March 2020
Barry Geraghty and Champ looked destined for a third-place finish in the RSA Chase but the pair powered up the hill to collar Minella Indo and Allaho

Barry Geraghty produced one of the special Cheltenham Festival rides as Champ came from the clouds to deny Minella Indo and Allaho in the RSA Insurance Novices’ Chase.

In what looked like a re-run of last year’s Albert Bartlett, Allaho and Minella Indo were prominent throughout, if both just doing a little more more than their riders perhaps wanted at respective stages of the race.

Coming down the hill towards the third-last there were nine runners still in with a chance, with the two Colin Tizzard inmates, Copperhead and Slate House, the first to give way. Davy Russell had charted a wide path on Battleoverdoyen, but cut out quickly before the second-last, as the front two went clear.

Minella Indo had just got the upper hand when making a mistake at the last, giving Allaho another chance, but all the while Geraghty was asking Nicky Henderson’s Champ – who is named after Sir Anthony McCoy – for more.

Almost 10 lengths down at the last, the 4/1 chance began to eat up the ground and what had looked impossible started to seem inevitable half a furlong from home, as he powered between the two Irish raiders, winning by a length from Minella Indo.

Henderson said: “It didn’t look very likely to happen, did it? It looked like he was going to be an honourable third – I was watching the front two and all of a sudden he appeared in the picture. I was thinking, ‘how has he got here?’

“He was 100/1 at the second-last and what price was he at the last? We had the Might Bite thing in this race a few years ago, so you’d have to say it’s been a strange race for me.”

He went on: “This is the first time he’s been back to three miles since Aintree last year. The fall here last time (New Year’s Day) rather upset plans as I didn’t want to run him again, and actually as it turned out we couldn’t run him again because there was nowhere to go.

“We’ve done a lot of schooling with him at home, Barry has been over a few times and Nico (de Boinville) has done a lot of work on him as well – he’s a great schooling jockey.”

Henderson added: “Let’s hope we all get there.”

Geraghty said: ““This is a great race. Any of the Grade 1s are special at the Festival. You long for them.

“I knew when I’m committed him going to the last the two in front hadn’t jumped it brilliantly. Then once he was within a few lengths of them he picked up well.

“I thought I had no chance jumping the last, but three strides later I was starting to smell the money.”

Henry de Bromhead said of Minella Indo: “He ran a cracker and I’m delighted with him. Unfortunately it was a bit of shame what happened at the last, but fair play to Barry who came through and nabbed us on the line.

“Possibly (mistake at the last has cost us), but that is not for me to say, who knows, it definitely didn’t help us. We are delighted with that, just gutted we didn’t win.

“He is a lovely horse that stays well and hopefully he is a horse that will be back here for a few more years. He has only had three runs, so possibly we might head to Punchestown for the three-mile novice there.”

Willie Mullins added of Allaho: “The two horses in front probably just took it out of each other and Barry Geraghty is riding out of his skin. Both horses were tired at that stage (the last).

“He missed one down the back and second-last, but in a three-mile chase there will always be a few down the line.

“I had a word with Paul Townend and he said he would be better off at that trip on better ground.” 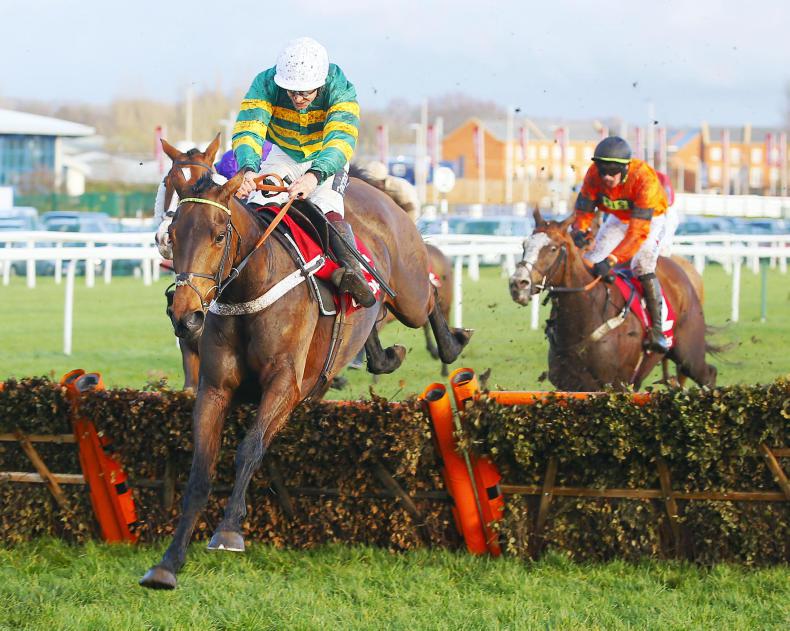 Inside Racing
BRITISH PREVIEW: Aurillac can wind the clock back in the ‘Mandarin’
By Rory Delargy on 28 December 2018
Free 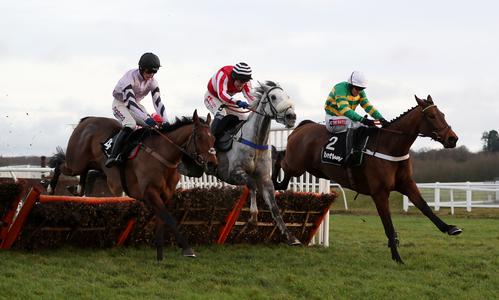 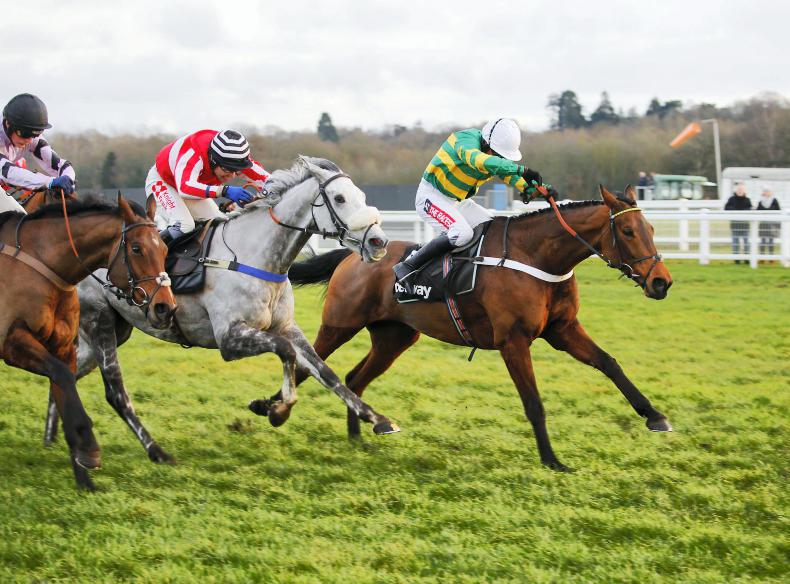 International Racing
NEWBURY SATURDAY: A Champ in the making
By Ian Carnaby on 02 January 2019
More in Latest News
News FREE
NEWS: Shadwell operation to be slimmed down
News FREE
NEWS: Davy Russell back with two in Downpatrick
News FREE
NEWS: No Melbourne Cup run for Sonnyboyliston
Classifieds
Place ad
Get full unlimited access to our content and archive.
Subscribe to The Irish Field
Unlimited access to The Irish Field via your computer, mobile device, tablet or newspaper delivered to your door.
Subscribe now +
Already a subscriber? Sign in