Just one final step...
You must confirm your email address by clicking on the link we’ve sent to your email address.
You are only one short step away from reading 5 free Field+ articles.
VIDEO: Brilliant Limato proves class apart in Criterion

VIDEO: Brilliant Limato proves class apart in Criterion
By Irish Field Contributor on 27 June 2020
The Henry Candy-trained former Group 1 star is now eight years old but retains all of his enthusiasm and a great deal of talent

HENRY Candy was almost lost for words as stable star Limato rolled back the years to register back-to-back victories in the Group 3 Betway Criterion Stakes at Newmarket.

The eight-year-old showed he retains plenty of ability as he made a triumphant return to action in becoming just the second dual winner of the Group 3 prize.

Having been anchored close to the rear of the field for much of the seven-furlong feature, the dual Group 1 winner steadily worked his way into contention under Adam Kirby ahead of mounting his challenge.

With the requisite gaps appearing at the right time, the 5/1 shot quickly put the race to bed when producing a devastating turn of foot before crossing the line three and a half lengths clear of Happy Power.

Candy said: “Andrew Balding (trainer of the runner-up) said that thing should be eating grass out in the paddock!

“As it is he got to the front too soon today, but he kept going as he can put the brakes on when he gets to the front.

“He has to be ridden for that turn of foot. He was quite impressive today – just like me he is getting better with age. What a performance.

“It is absolutely amazing and it has taken me back a bit. It is indescribable and just great to see, as he has got a great following.”

While it was the first time Group 1-winning rider Kirby had partnered Limato, the Kingston Warren handler was confident they would be the perfect match.

He added: “I just thought they would click. If you watch in the preliminaries Adam never stops giving him fuss. He said he was in the form of his life, but he also said he had been trying to get on him for the last three years!”

Although Limato was given a quote of 16/1 for the Darley July Cup by William Hill, a trip to Goodwood for the Qatar Lennox Stakes could be next on the agenda.

Candy said: “I always think the Lennox is the right race for him, but that is always like a Group 1 even though it is only a Group 2.

“If he stays in form that might be worth a try as the trouble they often get running around Goodwood would suit him.

“Group 2 and 3 races over seven furlongs where the ground is quick is what he wants. Quick ground is still key.” 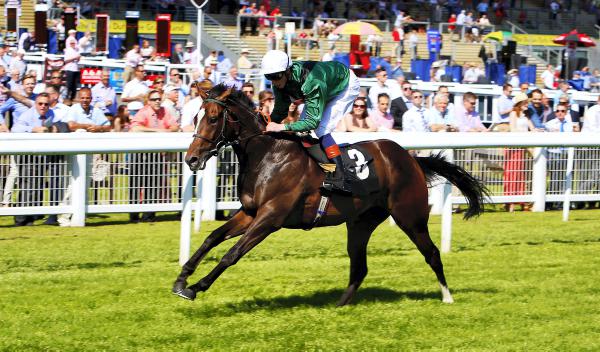