Just one final step...
You must confirm your email address by clicking on the link we’ve sent to your email address.
You are only one short step away from reading 5 free Field+ articles.
VIDEO: Bolshoi Ballet impresses in Derby trial at Leopardstown

Bolshoi Ballet enhanced his classic claims as he provided trainer Aidan O’Brien with an 11th victory in the P.W. McGrath Memorial Ballysax Stakes at Leopardstown on Sunday.

?? Bolshoi Ballet ?? strikes from the front and returns with a win in the Group 3 P.W. McGrath Memorial Ballysax Stakes under Ryan Moore for Team @Ballydoyle ????#BallylinchStudClassicTrialsDay pic.twitter.com/7EyW7AiL3A

The Ballydoyle handler saddled subsequent Epsom heroes Galileo and High Chaparral to land successive runnings of the Derby trial in 2001 and 2002, while four-time Gold Cup winner Yeats also features on the roll of honour.

O’Brien was doubly represented in this year’s renewal, with Dundalk maiden winner Lough Derg joined by stablemate Bolshoi Ballet – a winner at the track in the autumn before finishing fifth at Group 1 level in the Criterium de Saint-Cloud.

Ryan Moore kept things simple aboard the 2/1 favourite, allowing him to track the pacesetting Catena Zapata for much of the 10-furlong journey before taking over the lead two furlongs from home.

Lough Derg found a gap on the fence and briefly looked a threat, but Bolshoi Ballet hit the line strongly to score by just over two lengths. Lough Derg was run out of the places late on by Flying Visit and Taipan.

O’Brien said: “You’d be delighted with him as he only ran on soft ground (last season) and will have learned a lot today.

“He’ll probably come back here for the Derrinstown if all goes well with him. He’s straightforward and, while you’re never sure, he should get a mile and a half. He goes to the line well.

“High Definition will go for one of the Derby trials. We didn’t want to give him two runs before the Derby, but we thought this horse would be able for two.

“He’s in full work and we’re very happy with him.”

O’Brien also had news on the classic front of Santa Barbara, who has been all the rage for the Newmarket 1000 Guineas in recent weeks after her trainer gave her a glowing report in a stable tour.

He said: “Santa Barbara is working very well. She’s going through her work in second gear with all the fillies.

“We were going to come here and then we said we’d go straight for the Guineas.

“It’s a big ask for a filly only after having one easy run in a maiden to go to the Guineas. She looks exceptional in her work, but she’ll be very green going to a Guineas. She’ll learn a lot either ways.”

Looking to the Newmarket meeting that starts on Tuesday, O’Brien added: “We might run Khartoum in the Craven on Thursday.”

Making his first appearance since, the three-year-old was a 3/1 shot for this listed assignment and was always travelling strongly towards the head of affairs.

Ace Aussie came from a long way back to grab the runner-up spot late on, but never threatened to lay a glove on Poet Flare, who had already quickened up smartly to seal a one-and-a-half-length victory in the hands of Kevin Manning.

Bolger was represented by his daughter, Una Manning, who said: “I’m told he could go anywhere. He (Bolger) hasn’t decided which of the Guineas, but the two of them (Poetic Flare and Mac Swiney) won’t run in the same race. The boss is very happy with them.

“He hasn’t been away anywhere this year for a gallop so he’s absolutely delighted.

“We were confident he wouldn’t have any problems handling the ground. Last year we just had to play the cards we were dealt and he had to run on soft ground, but he’s not ground dependent.

“He’s in both Guineas along with Mac Swiney. We haven’t decided yet whether he’ll go to Newmarket or the Curragh, but the two of them won’t run in the same race.”

Keeper Of Time clung on for a shock victory in the Ballylinch Stud “Priory Belle” 1000 Guineas Trial.

? Keeper Of Time knew where she had to be and springs a surprise to win the Group Three @BallylinchStud "Priory Belle" 1000 Guineas Trial Stakes for @WhelanRonan and John James Feane ?#BallylinchStudClassicTrialsDay pic.twitter.com/2gJfMSl4Ul

The daughter of Mehmas was a widely unconsidered 80/1 chance for the Group 3 contest, having finished fifth in a Curragh handicap on her first start for trainer Johnny Feane three weeks ago.

However, ridden by Ronan Whelan, Keeper Of Time displayed a smart change of gear to come from the middle of pack and grab the lead in the final furlong – and she had just enough in the tank to repel the thrusting late challenge of Mehnah by a head.

Shale, the 7/2 favourite on the strength of a Group 1 win in the Moyglare Stud Stakes last season, could finish only fifth.

It was a first group race winner for Feane, who said: “Kevin Manning thought she ran a cracker in the Madrid at the Curragh. She’s toughed it out well today.

“Ronan gave her a lovely ride, settled her in and came with a run. We’re thrilled with her.

“The better ground helped – she wants good ground. She’s probably a filly that would suit America or somewhere like that.

“There were offers for her before, but there will probably be more on the table after this.”

He added: “We had a listed winner last year, but that would be our biggest winner so far.” 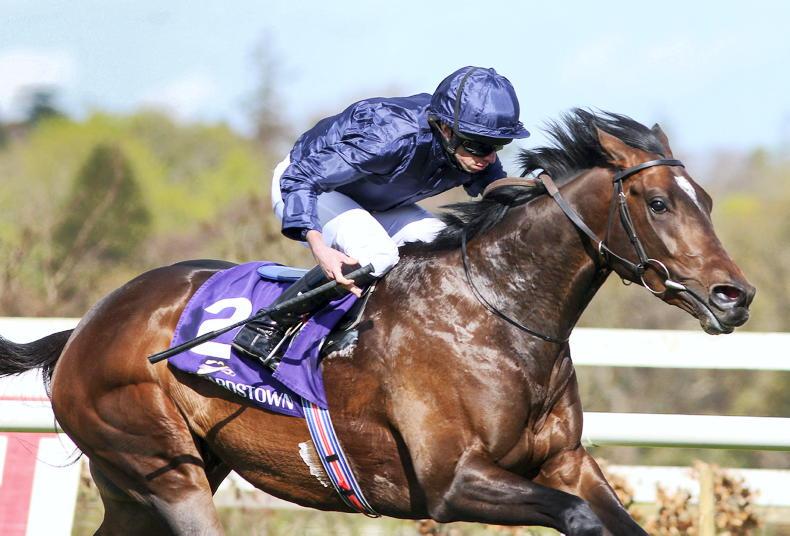 Previews
LEOPARDSTOWN SUNDAY: Bank on Ballet to make fitness count in Derrinstown
By Ryan McElligott on 07 May 2021
Free 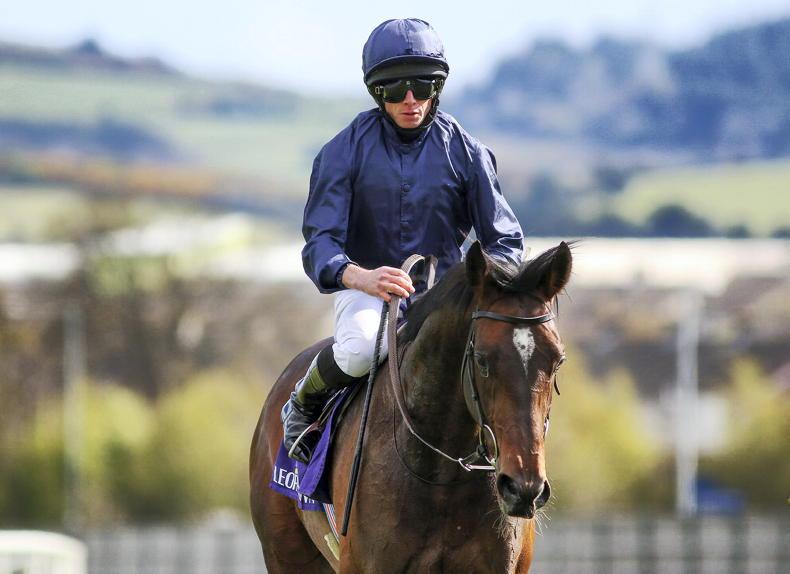 Inside Racing
THE WEEK THAT WAS: Is Bolshoi the number one?
By Anne Marie Duff on 14 May 2021
More in Latest News
News FREE
History beckons as Stradivarius tops Gold Cup contenders
News FREE
NEWS: Racing authorities back anti-doping measures
News FREE
ROYAL ASCOT: Poetic Flare looks to emulate sire Dawn Approach
Classifieds
Place ad
Get full unlimited access to our content and archive.
Subscribe to The Irish Field
Unlimited access to The Irish Field via your computer, mobile device, tablet or newspaper delivered to your door.
Subscribe now +
Already a subscriber? Sign in