Just one final step...
You must confirm your email address by clicking on the link we’ve sent to your email address.
You are only one short step away from reading 5 free Field+ articles.
VIDEO: Al Aasy emerges as St Leger contender

VIDEO: Al Aasy emerges as St Leger contender
By Irish Field Contributor on 10 July 2020
There were also big-race wins for Dame Malliot, Tactical and Al Suhail at Newmarket on Thursday

Al Aasy is beginning to live up to the high regard in which he is held by William Haggas, following a smooth success in the Bahrain Trophy Stakes at Newmarket on Thursday.

The son of Sea The Stars was beaten on his first two outings but hinted at his ability when winning a novice race last time out by 10 lengths.

He was taking a big step up in class for this Group 3 but proved well up to it as he took up the running on the bridle more than a furlong out for Jim Crowley.

Ryan Moore set out to make all on the favourite Dawn Rising, only to be taken on first by Sound Of Cannons and then Miss Yoda before – having seen them off – he was brushed aside by Al Aasy (3/1).

On hitting the front Al Aasy began to idle as Dawn Rising stuck to his task well, but he was beaten by a length and three-quarters. The winner was introduced into the betting for the St Leger at 8/1 by one firm.

Crowley said: “I was impressed. We’ve always held him in high regard, but I was very disappointed with his first start on the Rowley Mile course – he just didn’t run a race. Obviously he backed up quickly and won, and then he’s taken another step forward today and won well.

“He definitely stays but he’s not a slow horse, he’s always shown pace. If they wanted to go for the Leger, I’m pretty sure he’d stay. I just think he’s improving all the time. He’s a big horse and hopefully he’ll keep on improving.”

Haggas’ wife and assistant Maureen, said: “William has always loved him. He is a beautiful horse. He is bred to be a good horse.

“He ran really well first time last year, and we were really disappointed when he went to Newmarket first time this year and ran like he did. I don’t know why he did – maybe he was just a bit rusty.

“He did what he did last time, beating probably not a lot, but he is going in the right direction -which is great. He is improving and learning. When he won last time, this is where William wanted to come.

“He was our Derby horse -and when William showed him to Sheikh Hamdan (owner) as a yearling he said ‘this is the Derby horse’. He just wasn’t experienced enough to go for something like that.

“Hopefully he will be here next year, and he will be a stronger horse again. I think he will be better on faster ground, because most Sea The Stars want faster ground. He is not a slow horse, so I think a strong-run mile and a half would be ideal for him.”

Richard Hills, racing manager for the owner, said: “It was only a novice he won last time, but he won it well.

“His work has always been really good. You have to look at him realistically as a Leger horse. I’d say William would be looking at York (for the Voltigeur), then seeing where he is.”

Hollie Doyle landed the first group race of her career as Dame Malliot ran out a game winner of the Princess of Wales’s Tattersalls Stakes.

Doyle was not happy with the pace of the race at halfway and took up the running, before both Alounak and Communique headed her at one stage, yet despite drifting a little to the far side, Dame Malliot kept on finding for pressure.

Towards the finish the 8/1 chance was well on top, pulling two and a quarter lengths clear of last year’s winner Communique.

Doyle said: “She was very fresh today and as she’s a big-striding filly and she took such a hold, I was struggling to settle her.

“We weren’t going quick and I had a big decision to make, but thankfully for my sake it worked out, otherwise I don’t know what Ed would have said!

“She’s a good filly. She’s my first group winner and to do it for Ed Vaughan and Mr (Anthony) Oppenheimer, it’s excellent.”

Vaughan said: “I didn’t know what to make of it as early on they weren’t going fast enough for her. Five out I thought she might get caught out on the ground, but she kept picking up.

“She’s a good filly and holds a track record here. Frankie (Dettori) won a Group 2 on her in France on heavy ground, but got off and said to never run her on that sort of ground again.

“We’ll probably have to take on Mr Oppenheimer’s other filly, Star Catcher, but I have got her in a Group 1 in Germany – but I’ll leave it up to Mr Oppenheimer.”

Tactical confirmed Royal Ascot form with Yazaman when finishing off strongly to win the Tattersalls July Stakes for Queen Elizabeth.

A Royal Winner at the July Festival! ??

Tactical follows up his Royal Ascot success with a good victory in the Group 2 @Tattersalls1766 July Stakes to land a treble for William Buick, riding for trainer Andrew Balding and Her Majesty The Queen ??#JulyFest ?? pic.twitter.com/XEfYZQHBzz

Andrew Balding’s youngster won the Windsor Castle over five furlongs last month, beating Yazaman into second, but the 15/8 favourite for the Group 2 was Mark Johnston’s Qaader, who was runner up in the Coventry Stakes.

Jim Crowley attempted to make all on Qaader, but coming out of the dip he was being challenged on either side.

Yazaman hit the front first under Tom Marquand and looked set to go one better than at Ascot, but once William Buick got Tactical (5/2) on an even keel, he fairly flew up the hill to win by a length and a quarter, with Escape Route running on into third.

The owner’s bloodstock advisor John Warren said: “I think form-wise that was probably the same as the Windsor Castle, but the way he did it looked even better again. I think we might just have a very nice horse on our hands. It’s very exciting.

“We might look at the Prix Morny as a potential objective for him. He is so laid back and uncomplicated he will handle the travelling. Although it looks like he will stay seven furlongs, at the moment we will keep to what he has been good at. He ran through the line well.

“We will run him again over six, then worry about seven after that. When William walked back in he said this was a proper horse. I’m thrilled for the Queen.

“He is a lovely, uncomplicated professional with a proper engine, which makes him so exciting.”

Balding added: “That was quite encouraging for the future. That (Morny) is the plan I’d hope very much. He has shown he is versatile on any ground, which is always nice to know before you go travelling, that you have a horse that can cope with a variety of ground and he obviously coped with the six furlongs well today.

“It is really fantastic for us to have a horse as good as this for Her Majesty. It is really exciting and rewarding.

“I’m sure there will be some very good horses that haven’t even raced yet and we still have a way to go, but he is near the top of the tree at the moment. We will stay at six for the time being, then when we get to the autumn, you have a choice of six or seven.

“I’d like to see him at seven before we made that decision (on whether he is a sprinter or miler) because the dam stayed seven in soft ground and the sire was a top miler, so there is no reason really why he shouldn’t stay a mile.”

Al Suhail made the most of a significant drop in class to get his career back on track with an authoritative victory in the Bahrain International Sir Henry Cecil Stakes.

Easy as you like! Al Suhail gets his three-year-old campaign up and running with success in the Listed Bahrain International Sir Henry Cecil Stakes for William Buick, Charlie Appleby and Godolphin ?? pic.twitter.com/SclCXSycq2

Having finished down the field on his return to action in last month’s 2000 Guineas, the son of Dubawi demonstrated what he is capable of with clear-cut success in the listed prize.

Travelling well throughout the mile contest, the 5-2 shot put the race to bed in a matter of strides when sent on by William Buick to cross the line six lengths clear of last year’s Superlative Stakes winner Mystery Power, who passed Ropey Guest late on to take second.

Appleby said: “This horse was pleasing us before the Guineas and his homework has always been electric. The challenge with him is himself, as we know with the family.

“In the Guineas he was loaded up early and it was a big field. We intended to try to ride him to come. James said he hit the lids and could never get him back. After three furlongs, to be honest, his race was run and we had to put a line through that.

“We just felt if this horse keeps it together, he has plenty of ability there. The ground was there to suit him today. The more rain that came, the more I felt it was going to enhance his chances.

“Hopefully this will be a nice experience for him coming down the road and doing it as easy as that. He has got plenty of confidence – it is just about channelling it in the right direction.”

Although Al Suhail was given a quote of 14/1 for the Sussex Stakes at Goodwood, a step back up to Group 1 company might be put on hold for the time being.

Appleby added: “His pedigree said maybe we should be stepping up in trip. I did have him entered in the Dante and when I saw the ground had changed this morning from good to firm to good to soft, I was kicking myself I hadn’t gone down that route. The only thing that has made me feel a bit better is that William has said he is a miler.

“He has only got a listed win behind him at the end of the day. I could maybe take a softer route with him, but I have no targets at the moment. There are plenty of options at the lower level for him and we will maybe try to work back from something a bit punchy.” 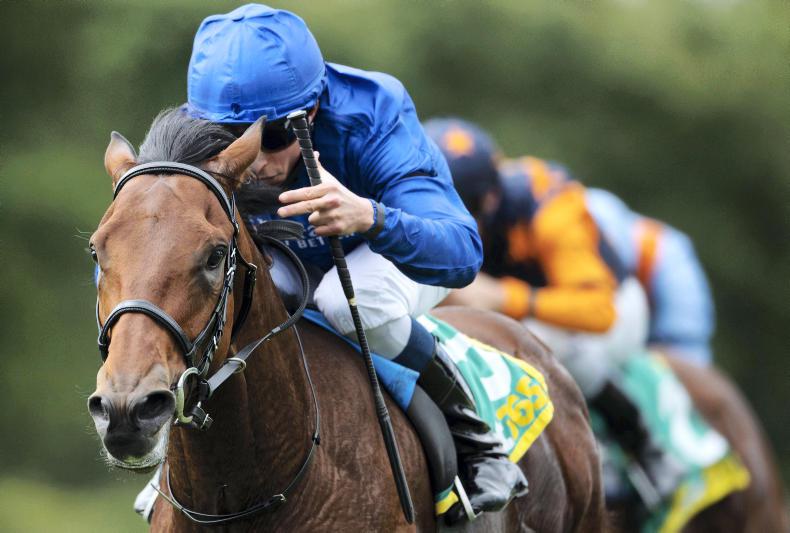 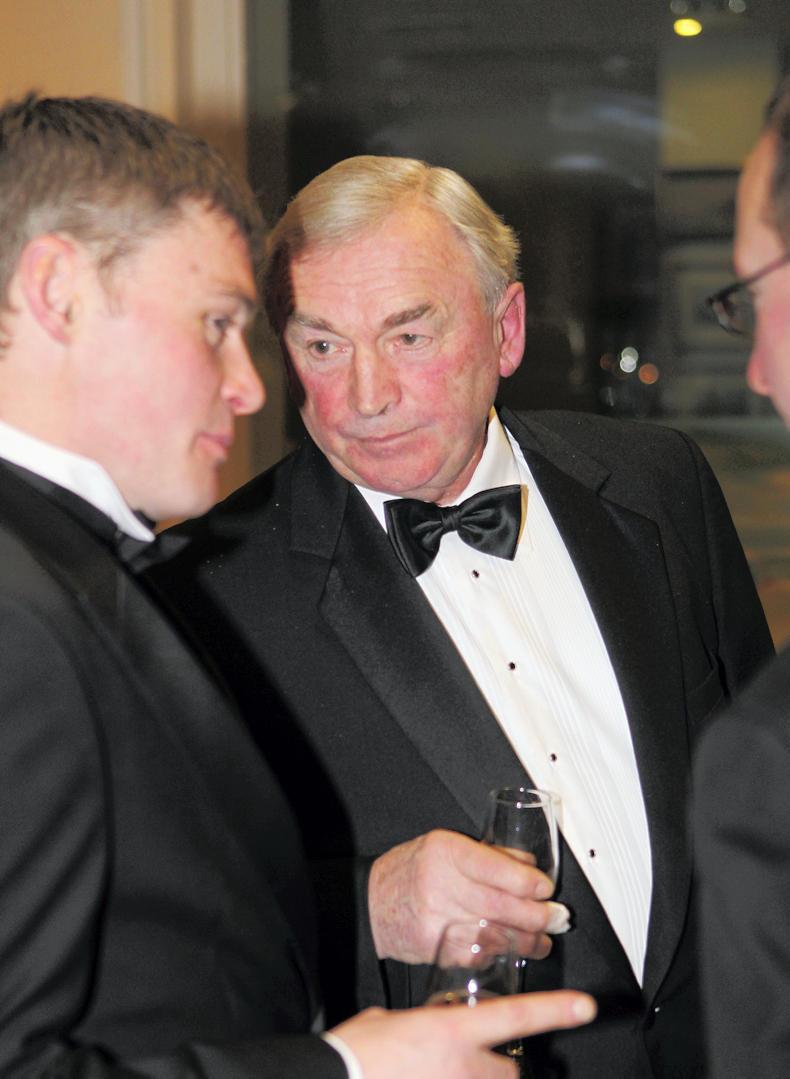