Just one final step...
You must confirm your email address by clicking on the link we’ve sent to your email address.
You are only one short step away from reading 5 free Field+ articles.
VIDEO: Aidan O'Brien given Cartier Award of Merit

VIDEO: Aidan O'Brien given Cartier Award of Merit
By Irish Field Contributor on 10 November 2016
Tributes paid to the Ballydoyle trainer at glittering awards night in London

The 26th annual Cartier Racing Awards were staged at the Dorchester Hotel in London this week and it was a night to remember for the Coolmore team, trainer Aidan O'Brien and jockey Ryan Moore as they landed an unprecedented five of the eight equine awards.

Then to top it all, Aidan O'Brien was announced as the recipient of the Cartier/Daily Telegraph Award of Merit for 2016.

O'Brien was unable to be at the 2016 Cartier Racing Awards due to a prior commitment. Instead Laurent Feniou, Managing Director, Cartier UK, travelled to Ireland and Ballydoyle to present the trainer with his prize.

In a specially-commissioned film, Feniou said: "Dear Aidan. Thank you so much for receiving us today at Ballydoyle.

"It is a fantastic pleasure and a great honour to present to you the Cartier Award of Merit in association with The Daily Telegraph.

"This is a celebration of not only this amazing year with 22 Group 1 races won but also for this amazing career of yours and all your team. With this Award, congratulations to you and to everyone at Ballydoyle."

Aidan O'Brien replied: "Thank you very much Laurent. On behalf of Annemarie, myself, the lads and all our team here, I can't tell you how appreciative and privileged we are to have won this award.

"I am really privileged that you have come over to visit us and thank you very much again, Laurent."

"Myself, Annemarie and the lads are a very small part of a very big team but we feel very privileged to be the small part that we are.

"The lads are the best owners in the world - the confidence that they have had for the last 20 years, day in and day out. They have the faith and confidence to go with everybody and they never hold back.

"John (Magnier) is a very special man, a very wise and intelligent man. He is one of the people that, when he speaks, you listen. He is very clever and I can't be thankful enough to him.

"There are a lot more people more deserving than us all of the time but we feel really privileged and delighted."

In the film there were tributes to O'Brien. Leo Powell, editor of The Irish Field, said: "No matter what sport you talk about, no matter what discipline in life there is, there are people who are very, very successful, who are stars. One step above them, there are the geniuses.

"Jim (Bolger) isn't a man who dispenses praise very easily but you also know that, any time he speaks about Aidan, that he holds him in the highest regard.

"The one thing that struck me was Aidan's connection with the horse. There was almost a horse whisperer about Aidan at the time - John Magnier either knew or sensed that and was willing to put what was a huge organisation's reputation on the line and place it in the hands of a 26-year-old.

"For a young man who had a handful of big-race successes in National Hunt racing under his belt, to go in to Ballydoyle had to have been a daunting task. Aidan has repaid that faith at least 270 times in Group 1 races.

"They are an incredibly close family. We have seen that grow in the public domain a little bit more with Joseph's emergence as a trainer.

"In Ballydoyle, he knows every lad by name, he knows their pedigree as well. People are relaxed, they enjoy their work and that all stems from Aidan.

"Look what he has done with a filly like Minding and the fact that she may stay in training next year - who knows what she could achieve? He keeps pushing the bar higher and higher.

"The lexicon of words isn't enough to be able to describe what he has done. What we measure Aidan's success against is himself all of the time now.

"From a national pride point of view, it's fantastic but I think it is fantastic for racing that we can all celebrate the genius that is Aidan O'Brien."

Trainer Jim Bolger, who employed O'Brien as a young man, commented: "He contacted me to tell me that his then employer was giving up and could he come to work with me.

"He was very quiet. He was definitely an older head on young shoulders. He had a mind like a sponge - there was an ambition there that I hadn't recognised at the time. I probably could have gone into retirement if he had stayed.

"He told me he was thinking of going training and I said that the basic requirement for any young trainer was to go and get himself a wife because nobody is going to entrust him with high-value horses if they know he is going to be out carousing at four o'clock in the morning!

"I am not suggesting for one moment that Annemarie married him to get him or to keep him but I said that I would have gone to any length to keep him short of marrying him!

"I remember when he had Rock Of Gibraltar and that was when he fully convinced me that he was the real deal. He has blossomed into the man he is now."

Fellow trainer John Oxx said: "Taking Aidan on looked a bold move but John Magnier has made a lot of big decisions in his life and they have proven to be very successful.

"I suppose he saw that maybe there was a Vincent O'Brien working in this young man's head. I am sure that he has exceeded even John Magnier's expectations.

"Aidan is a driven man. He is ambitious, he knows the responsibility on his shoulders and he is driven to achieve the best results he can.

"He has also had an effect on the breeding industry - Galileo and Aidan go hand in hand, they complement each other.

"His horses run to a high level, they maintain their form over several races and it's just a phenomenal achievement of results year in, year out.

"I always think that, where jockeys improve in their 30s, trainers improve in their 40s. Are we to conclude that he is only just getting the hang of it now and he is getting better? By the time he is 65, he will be making the most dreadful nuisance of himself - it doesn't bear thinking about, really!

"We all stand back in admiration for him. Irish racing has lifted to a different level and that is due to Coolmore, Ballydoyle and, of course, Aidan O'Brien."

Derrick Smith, one of the owners in the Coolmore partnerships, explained: "2005 was when I started with Michael (Tabor) and John (Magnier). 180-odd Group 1 winners in 11 years is pretty good going, so what can you say about the man? This season has just been remarkable."

Michael Tabor, another of the owners in the Coolmore partnerships, remarked: "Aidan is just on top of everything 24/7. He leaves nothing to chance."

Aidan's eldest son, Joseph O'Brien, explained: "The small changes he makes to horses' programmes - the things that some people wouldn't even consider changing - those minute details that can make a difference sometimes.

"The first three in the Arc was something else - it has never been done before and might never be done again.

"I possibly took things for granted a little bit when I grew up around it but, over the last year, I have really realised the magnitude of it." 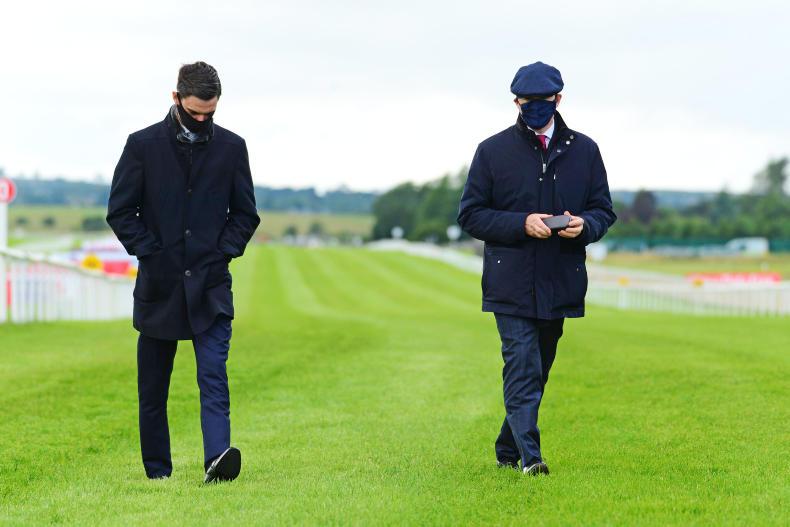 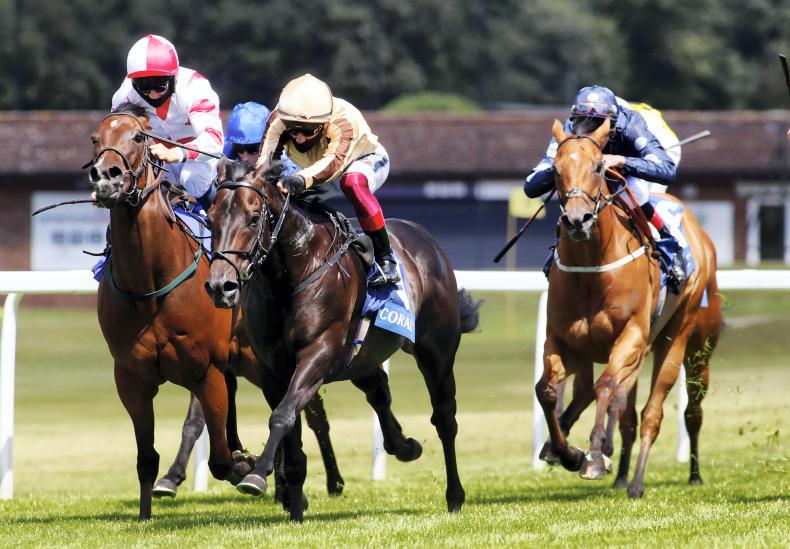 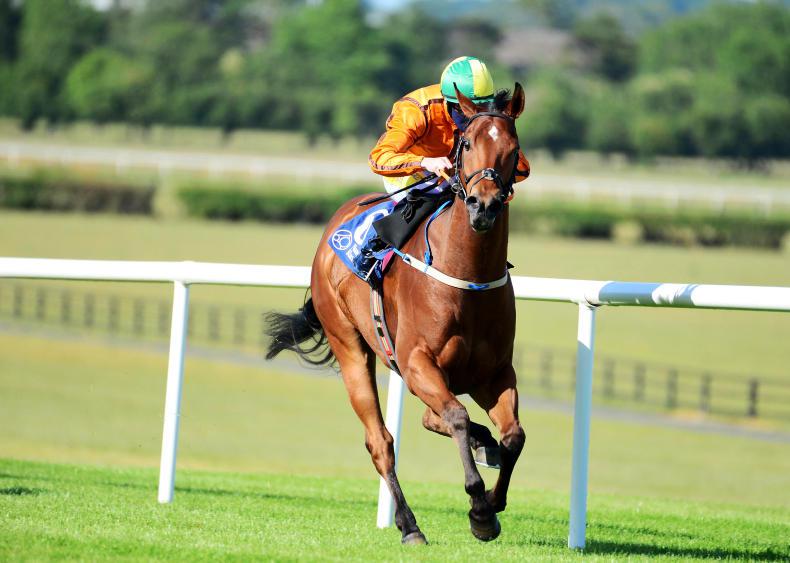