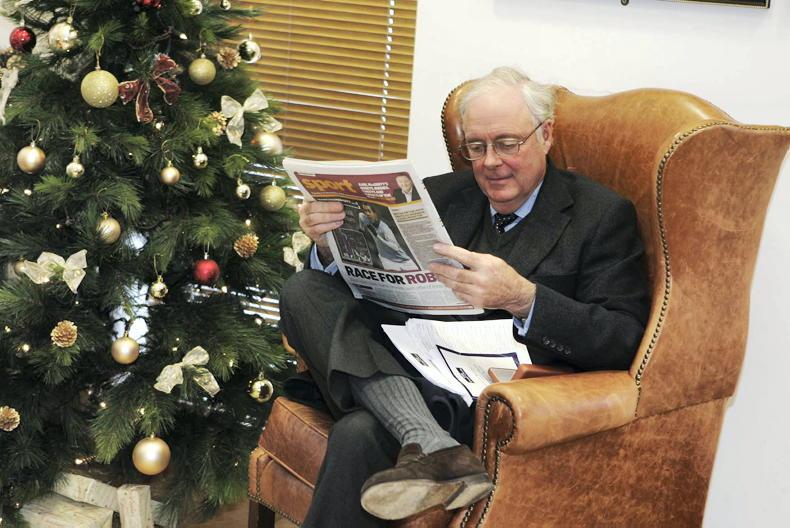 PHILIPPE Lafarge, a stewards’ secretary with the Turf Club from 1980 to 2011, died in his sleep this week. He was 73 and had been in good health.

The sad news came just a day after his former colleagues learned that retired Turf Club CEO Cahir O’Sullivan had passed away.

Stewards’ secretary Shay Quinn said: “This is a massive shock. I was sitting beside Philippe at Denis Egan’s retirement function a few months ago and he was in great form, cracking jokes as usual. He was still working, issuing stalls certificates.”

Former Turf Club chief executive Denis Egan added: “I was very shocked to hear of Philippe’s untimely passing. He worked as a racing official for many years as a stewards’ secretary and a starter. Even after he retired he continued to work for us on a part-time basis. Philippe was highly respected by his colleagues and licensees and was very fair-minded. He treated everyone the same and was very dedicated to his work. Philippe will be sadly missed by us all and my deepest sympathies go to his wife, Button. May he rest in peace.”

Quinn recalls first meeting Lafarge in 2003. “I began working with Philippe when I started as a stewards’ secretary and we hit it off immediately. He was a great cross-examiner in the stewards’ room, probably the best stipe we have had. But while he was very serious in his work, he would always see the funny side in any situation.”

Lafarge, whose father was French, appreciated the finer things in life. “He was into his food and wine, and always stayed in the best hotels,” Quinn recalled. “There is a story that he once went to Cahir O’Sullivan for a pay review but was turned down. He allegedly said to the boss: ‘Have you any idea of the price of lobster these days?’ That sums Philippe up perfectly. He was a great character whose wit and turn of phrase would always make you laugh.”

Quinn added: “Philippe loved travelling. He did a stint working in Hong Kong and the Far East. More recently he holidayed for a few months every year in Tobago and South Africa. He was an exceptional cook and host – as is his wife Button – and dinner in their company was always a great pleasure.”

Lafarge was also a keen golfer and kept up his fitness in retirement.

“Philippe was a wonderful colleague and friend,” said Quinn. “A proper gentleman with unrivalled charm and charisma. My thoughts are with Button during this very sad time.”

The funeral service will take place in St John’s Church, Yellow Bog, Kilcullen, Co Kildare on Monday at 2pm, followed by burial in the adjoining churchyard.