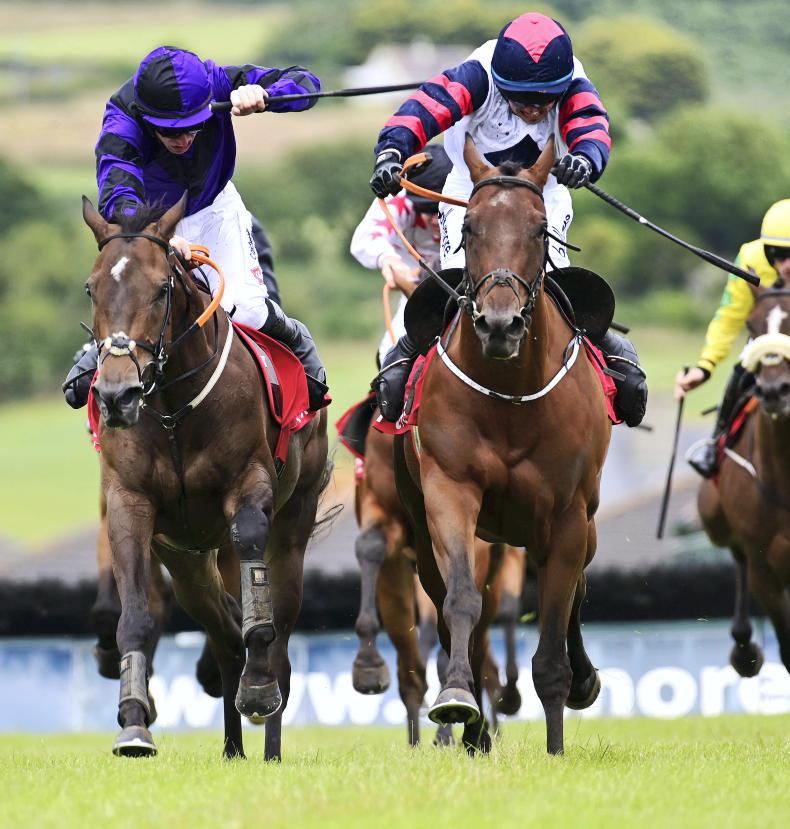 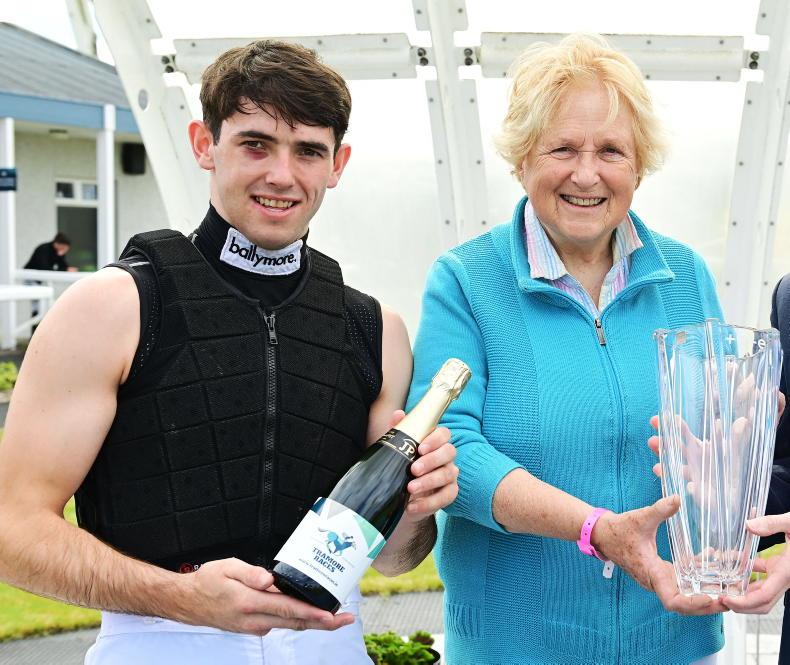 DARRAGH O’Keeffe’s five horse book of rides – all for different trainers – didn’t appear to be any more than reasonably promising in advance of Sunday’s Tramore card. However, the former champion conditional certainly made the most of his opportunities to secure the first treble of his career.

The Cork man meant business from the outset as he took the opening Tote Always SP Or Better Maiden Hurdle for local handler Paul Power.

Power’s brother Conor is head of the successful Going Global Syndicate, and their four-year-old Rajsaman gelding Morepowertoya justified strong market support with O’Keeffe getting him home two lengths to the good from Up And Out.

Backed into 5/1 from 10/1 on course, and trimmed in from double those odds earlier, Morepowertoya’s display understandably delighted connections.

His young trainer explained: “We were hopeful coming here. He was very scatty and green early on but he was starting to come forward a bit. You’d like to think off his mark that he would be competitive in a handicap but when this race for four-year-olds came up, how could you not go for it, especially when I’m only a few miles over the road.

“He got balloted out twice during the week and we actually wanted to go left-handed but hopefully the quirks are coming out of him now anyway.”

Hot-on-the-heels of a big success in the Grimes Hurdle at Tipperary aboard Santa Rossa, Grade 1-winning pilot O’Keeffe earned praise from Prunella Dobbs, for whom he steered Shantou Warrior to victory in the Your New Tote At Tramore Racecourse Handicap Hurdle.

After a three-quarter-length verdict for her Fin & Feather Syndicate-owned Shantou Warrior, she said: “He had a very good rider on board today. I’m always so pleased when Darragh is available for me because he is an exceptional rider.”

She further reflected on the 15/2 victor: “It’s disappointing that the syndicate aren’t here. They are an amazing syndicate who are into shooting and fishing and are friends of mine. They are very supportive and every horse I’ve had for them has won. I’m just sorry that none of them could come today.”

Local hopes Where’s Bunny and Natural Look finished off well in the silver and bronze-medal positions. Declan Queally, rider of the latter, reported to the stewards’ secretaries that his mount missed the break and struggled to get into the race thereafter, on a track that it may not have handled on only its second handicap run.

The O’Keeffe 305/1 hat-trick was rounded off with a little help from his fellow Corkonians, Mick Winters and David Spratt. Winters has care of Pythion for Spratt, who owns the French-bred Olympic Glory gelding along with Sean Jones and Lynne Lyons.

Pythion (5/1) accounted for Jack Holiday by a convincing six lengths in the August Festival Discounts Available @tramoreraces.ie Handicap Chase, prompting Winters to say: “Darragh looked for the ride and that was probably an omen. Darragh was sweet enough on him, he rode him in Ballinrobe and while well-beaten, he galloped all the way to the line.

“There is no pressure whatsoever from the owners. When they have all the good horses on the flat this is just a bit of fun.”

Easy Game in his ‘comfort zone’

THERE was more Rebel County joy as champion jockey Paul Townend doubled up for Willie Mullins.

Their 160-rated Easy Game brought a real touch of class to proceedings, and at a price of 2/9 the Nick Peacock-owned eight-year-old was excellent from the front, eventually disposing of Dromore Lad by nine and a half lengths in the Goodenough2eat Banqueting At Tramore Racecourse Chase.

Townend remarked: “He is a great servant. He was in his comfort zone everywhere over the handy fences here.”

Owned and bred by Jackie Mullins, Dragon Rock (100/30 into 15/8 favourite) set the ball rolling for Closutton with a winning racecourse debut, after placed point-to-point efforts, in the the SP Or Better Guaranteed With Tote Maiden Hurdle.

Dragon Rock got some of his early education under Aidan Fitzgerald’s tutelage, and the six-year-old Shantou gelding seems to be progressing nicely back with the top team, showing a good attitude here to reel in Wild Caprice from before the final flight. Three lengths split them at the line.

IN the colours of Ray Stokes, Jack Kennedy got on the scoresheet aboard Dartington (13/8 favourite) for Gordon Elliott in the Tote Guarantee On All Win Bets Rated Novice Hurdle.

Runner-up Tom McGreevy fought hard but Dartington was just pushed out for his third win of 2022. The Elliott runner kept on best on the run-in to gain the day by half a length, with the front pair 13 lengths and more clear of the rest.

“He will get a bit further but a strong run two miles really suits him,” reported Kennedy. Stokes’ blue and white silks have been at the number one spot at the Galway Festival in the past, and it won’t be any great surprise if we see Dartington in action at some of the major meetings upcoming.

By far the biggest priced winner of the session came about when Serpolette popped up at 22/1 in the Pat Smullen Coast To Curragh Charity Cycle August 27th Handicap Hurdle.

Jordan Gainford replaced an unwell Eoin Walsh aboard Eamonn Delaney’s Dylan Thomas mare, clipped in from an opening show of 33/1.

Conor McNamara’s efforts aboard runner-up Bear Claws earned him a caution from the stewards for using his whip with excessive frequency. Two and a quarter lengths was as close as Bear Claws could get to Serpolette come the finish.

Diane Flanagan and Lisa Delany own Serpolette and Eamonn Delaney’s son Alan explained: “We were hoping for a real big run.

“We were hoping to run her yesterday in Bellewstown but she got balloted so we said we would come here instead.

“I feel sorry for Eoin, but Jordan has rode plenty of winners for us and it was nice to be able to get him for the race.”