Given a patient ride, tracking the even money favourite Molly Fantasy, Wojood was ridden to challenge the market leader over a furlong from home and soon got to the front 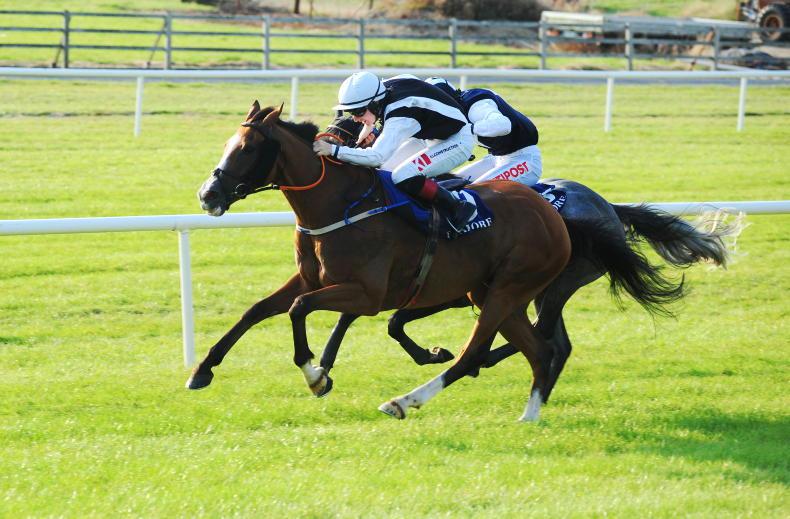 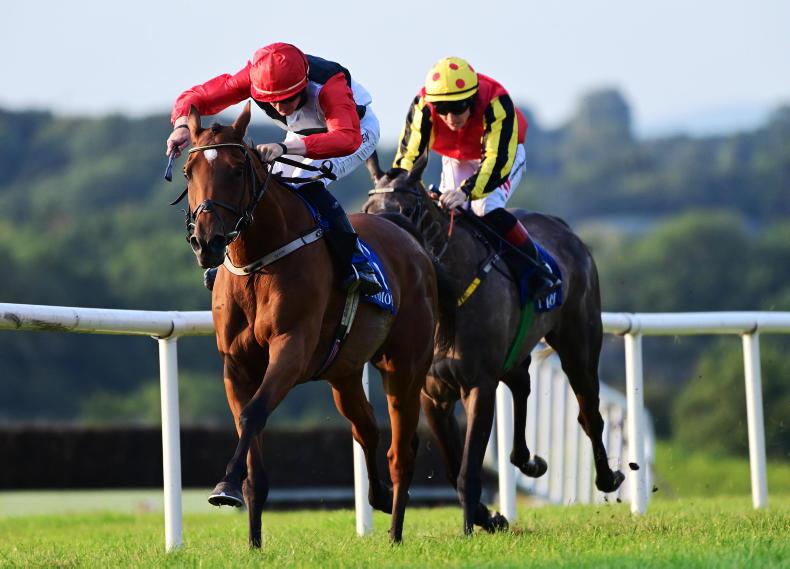 ALL winning riders on this seven-race programme recorded at least a double on the day, with Colin Keane taking top honours by notching up a cross-card treble.

Between the Curragh and Tramore, the champion jockey had a total of nine rides and after claiming listed honours at HQ with Mauiewowie, he doubled his tally on Wojood in the Strand Inn Dunmore Handicap.

Successful over flights at Ballinrobe the previous Monday and a winner at this festival 12 months ago, the Denis Hogan-trained gelding was sent off an 9/2 chance in the colours of the Full Of Hope Syndicate.

Given a patient ride, tracking the even money favourite Molly Fantasy, he was ridden to challenge the market leader over a furlong from home and soon got to the front, with a length and a half separating the pair at the line.

Danny Mullins was 2lb overweight on the runner-up, who had won over flights the previous evening.

“He obviously likes tracks like Tramore, the ups and downs, the turning and that, it keeps him interested,” Keane said. “My agent (Ruaidhri Tierney) said it would be worth coming down here, so he was right.”

This two-mile contest went off 11 minutes late, with the John Murphy trained victor needing to be reshod in the saddling area before the start. The 7/2 chance certainly wasn’t in the mood for any more hanging around when eventually sent on his way.

Soon in front, he was ridden over a furlong from home and quickly extended his advantage, going on to score by three and three-quarter lengths, in the colours of Murphy’s wife Carolan.

“I jumped off to be positive. I thought one or two would go with me, but we kind of just ended up in front,” Keane stated. “He is a big, straightforward, genuine horse and gets the trip well.”

ROYAL Eagle (7/2 joint-favourite) brought-up a double for Sam Ewing and a cross-card four-timer for Gordon Elliott, as she followed-up on a hurdle success at the Galway Festival in the Perennial Freight Handicap.

Owned by David and Paddy Monaghan along with Adam Lord, the four-year-old made virtually all, keeping on well when ridden from over a furlong out, coming home a length and a quarter to the good.

“It’s nice to ride a winner for the owners who are good friends of my father,” Ewing revealed. “She is very versatile and was good in Galway, she is a very slick jumper and hopefully there will be a bit more to come under both codes.”

Elliott had earlier saddled a treble at Perth, while Ewing registered his first success aboard Kojin in the Dan Cowman Memorial Maiden.

Third and fourth on his most recent starts, the Peter Fahey-trained gelding came in for some late market support and was sent off the 3/1 favourite (5s early) in the colours of the G & B Partnership.

Settled in second, the chesnut winner got to the front just inside the final two furlongs and kept on well under pressure from there, going on to score by a length.

The Very Man ran on nicely to take second, with Jessica Harrington, who previously trained Kojin, responsible for this easy-to-back 11/1 chance.

“He is a grand horse. He had two good runs in competitive handicaps since he came back this season and experience tells around here,” Fahey explained.

“Sam thought he was a different horse today on that nicer ground and he got the trip really well. We are going to have good fun with him.”

Consistent Alaroos gets her reward

WITHOUT a winner since November, two came in just over an hour for Kevin Prendergast, with Gary Halpin aboard both.

The pair struck first with Alaroos in the opening James Shanahan Memorial Irish EBF Fillies Maiden, with this 7/4 chance (from 3s early) certainly not winning out of turn.

A good third on her previous start at the Galway Festival, the Shadwell Estate Company Limited-owned bay came with her effort over a furlong from home and got to the front inside the final 100 yards, seeing off River Rain (10/11 favourite) by a length and three-quarters. “She is consistent,” the winning rider commented. “The family stay well. She is a half-sister to Madhmoon (2019 Derby runner-up) so it’s important to get that winning bracket.”

Butterfly Garden was another gaining a deserved success, as she completed the Prendergast, Halpin brace in the Core Bullion Traders Rated Race.

Second on three of her previous four starts, the Awtaad bay was sent off the 13/8 favourite in the colours of Prendergast, his daughter Anne and Trevor McCormack.

Having raced mainly in fourth, the 63-rated bay came with her challenge on the outer with over a furlong to race, hitting the front inside the final 100 yards, going on to prevail by half a length. “The horses have been hitting the crossbar, so it’s good to get two winners and I was glad to be on them,” Halpin remarked. “She has been running consistently and stayed the trip well.”

Ben Coen was yet another in double form, with Gibraltar completing his cross-card brace in the Brennan’s Pharmacy Handicap.

A winner at Leopardstown last month, the Willie Mullins trained bay was expected to follow-up in this two-mile contest, going off the 85/40 favourite.

Settled towards rear, he was pushed along over two furlongs from home, soon making good progress on the outer.

Ridden to the front inside the final 200 yards, he kept on well from there and came home two and a half lengths to the good in the colours of owner Edward Ware. “That’s my first winner for Willie, thank God,” Coen commented. “Willie said to keep it fairly simple. He gets that two-mile trip really well.”