Title: TIPPERARY SUNDAY: Go with the Champ to lay down a marker for Mullins 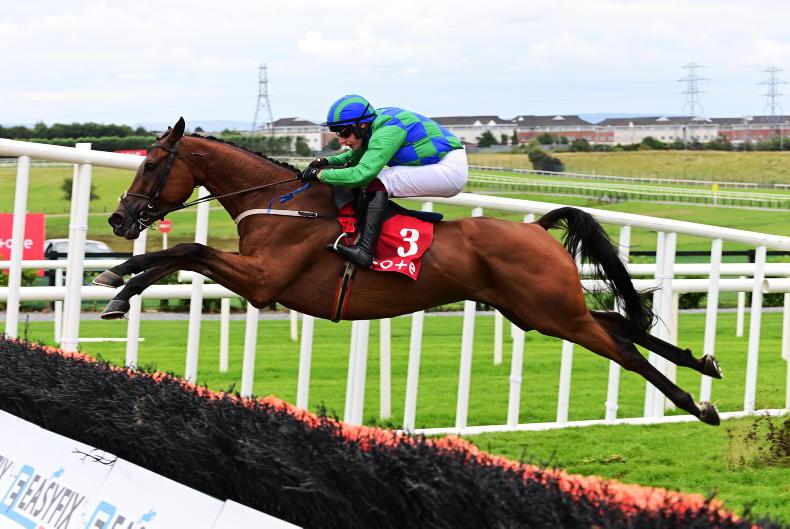 Covent Garden looks a solid option. He made a respectable debut at the Curragh in August when sixth to stablemate Hiawatha and he progressed from that to chase home Mister Mister at Gowran a couple of weeks ago. A maiden success should be well within his reach.

Mount King appeared to step forward on his first couple of runs when chasing home Starry Heavens in a mile maiden at the Curragh last week. He might represent the biggest threat to the selection.

Any easing in the ground over the course of the weekend will work in favour of Mister Wilson and this reliable three-year-old can add to a victory at Galway last month. He is a mere 3lbs higher as a result of that narrow success over Comfort Line and appeals as a horse who has more to offer on the flat. Inchturk has a long absence to defy but he won a Gowran maiden on his second start of the season in early May and the form of that race looks very solid.

Markaz Paname can record his second Group 3 triumph of the season. He made a bright start to his season when winning the Madrid Handicap off a mark of 97 and he progressed to land the Gladness Stakes at the Curragh the following month. On his return from a break he had to settle for sixth in the Sovereign Path at Leopardstown on Irish Champions Weekend but he still ran a creditable race there and should be all the better for that reappearance outing.

He could have most to fear from Statement who shaped better than the bare result in a Group 2 at the same Leopardstown meeting before then landing the Listed Navigation Stakes over a mile at Cork on Tuesday.

On his hurdling debut at the Galway Festival Champ Kiely produced an impressive effort to run out a 21-length winner. Both the second and the third have won since then and the six-year-old’s effort that day suggested that he was a novice hurdler with pretensions to holding his own at a much higher level. He lacks the experience of some of his rivals and does have to contend with a drop in trip but he does look an exciting prospect.

Brazil won the Fred Winter at Cheltenham before taking third in a Grade 1 contest at Aintree. He was a quality juvenile hurdler last term and sets a formidable standard with a rating of 142.

Jason The Militant cannot be opposed and should find this a good deal easier than when finishing ninth in the Irish St Leger last month. He is a quality dual purpose runner who is a Grade 2 and Grade 3 winner over flights and he has also been placed at the highest level. In addition, he has fitness on his side whereas Abacadabras hasn’t run since last December.

The latter is a multiple Grade 1 winner but a 278-day absence coupled with a Grade 1 penalty will make this a tough assignment and he tends to progress well from his first run of the season.

A hopeful vote goes to Rock On Seamie. He will have to improve on his effort at Listowel last week when he could only manage eighth behind Ella Perfecta. However, that effort came over two and a half miles and this trip could suit him much better. Furthermore, his penultimate third to Effernock Fizz in a decent handicap hurdle at Killarney in August is a strong piece of form in the context of this race. He can deal with John Cannon who took advantage of a gilt-edged opportunity to run out a convincing winner of an auction maiden hurdle at Listowel last week.

Ash Tree Meadow can shade a fascinating clash. He progressed very well when switched to fences during the summer and he turned in a tremendous effort for one so inexperienced when finishing fourth to Hewick in the Galway Plate where he was beaten by seven lengths. This shorter trip will suit and if repeating his Galway effort he should deal with Authorized Art who is on a roll at the moment and lines up off a commanding 11-length victory over Call Me Lyreen in a useful novice event at Killarney in August.

The outstanding record of Willie Mullins newcomers in bumpers points to Coole Cherry. This Mahler filly is a half-sister to several winners including the useful Na Trachtalai Abu who was a very useful chaser at his best as evidenced by his placed runs in the Munster and Kerry Nationals. I Am Shadow produced a good effort to finish second to Carrigmoorna Queen at the Galway Festival. If she can bounce back to that form she might be the one that gives the selection most to do.

Next best: I Am Shadow 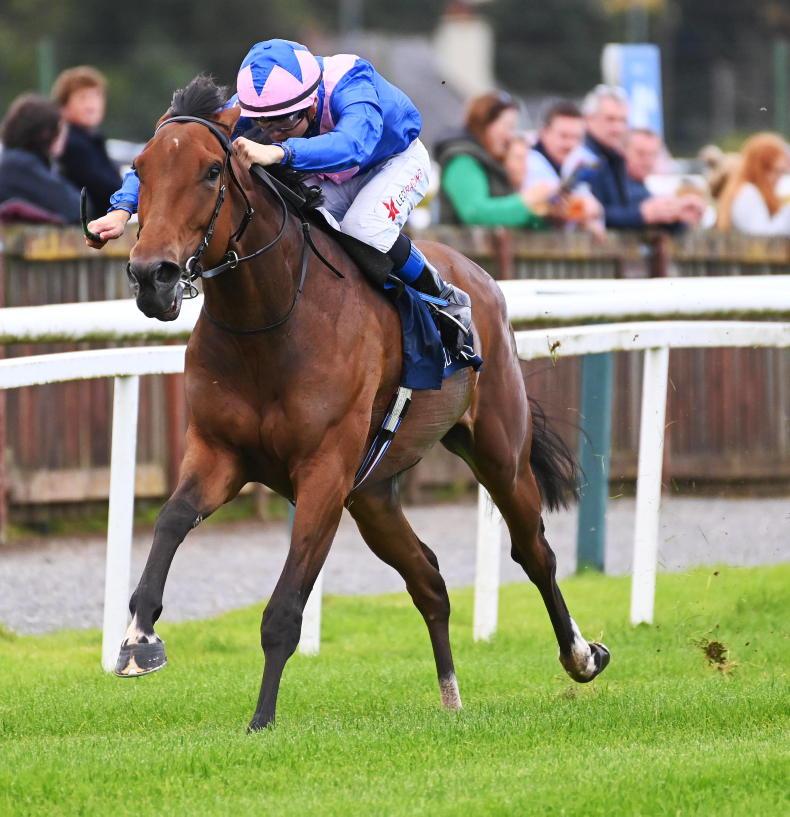 Gary Carson
TIPPERARY SUNDAY: TIPPERARY SUNDAY O'Brien's charge makes quite a Statement
There were exciting performances on the flat and over hurdles on the Tipperary card 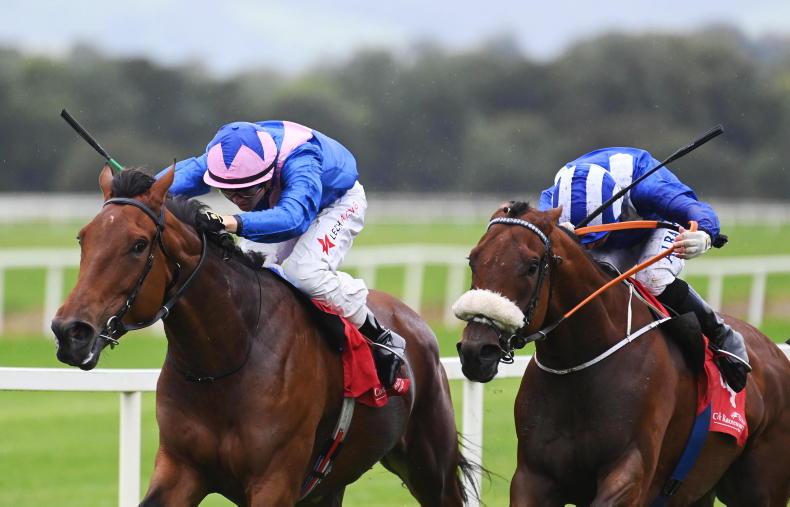 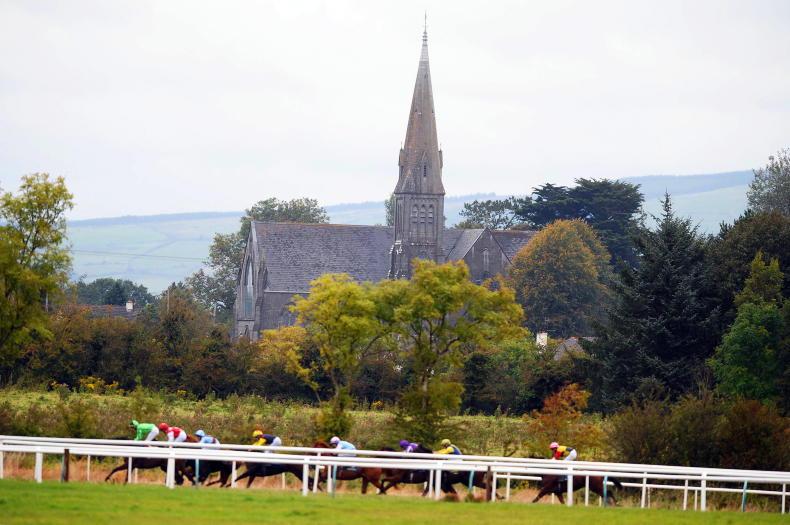 Leo Powell
AIR: On Course: Tipperary: A great time for a trip to Tipp
In this week’s Association of Irish Racing column, Leo Powell has lots of news from the premier county 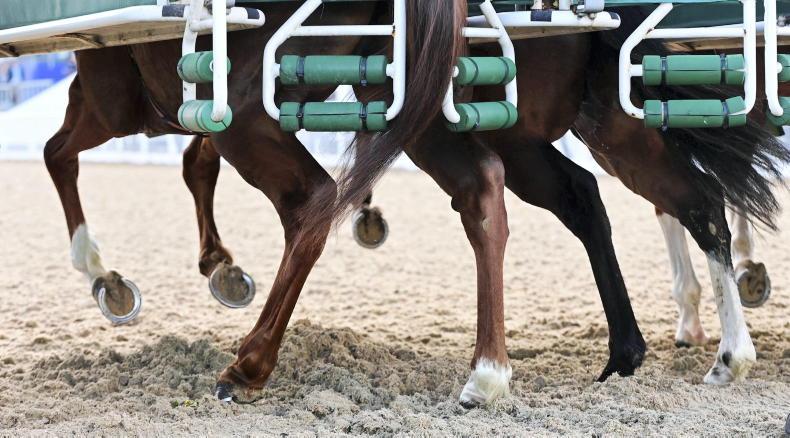