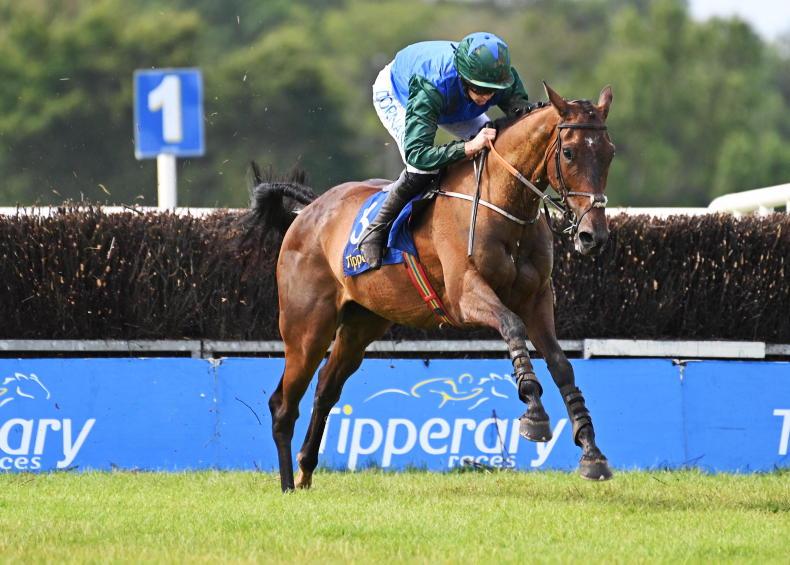 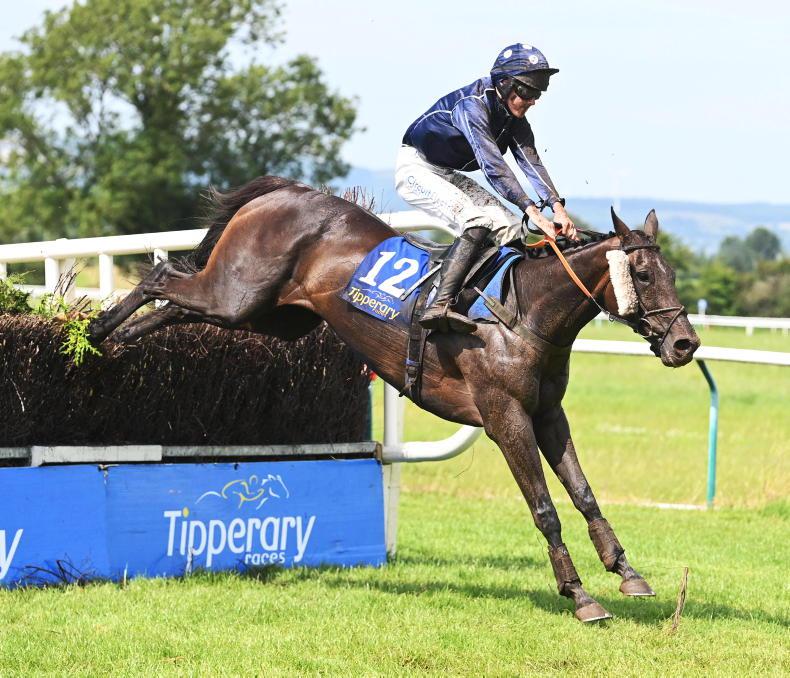 HENRY de Bromhead and Rachael Blackmore teamed up for a double on this all chase card as Upping The Anti and Cornerkova both ran out wide-margin winners.

Upping The Anti was sent off the 11/8 favourite against four rivals in the Packie Downey Memorial Rated Novice Chase, having won by 19 lengths at Kilbeggan and the Alan Halsall-owned gelding recorded an even more emphatic victory here when taking command before two out to beat Mr Caplan by 32 lengths.

Despite soaring temperatures of around 25C, the ground (officially yielding) was obviously very heavily watered with mud-splattered jockeys was a frequent sight. De Bromhead couldn’t resist a little dig at the apparent over-watering saying: “He won on winter ground at Clonmel so we hoped he’d handle the ground today! He probably handled it better than most but the only thing worse than over-watering is fast ground. It’s not an easy job and it’s definitely safe ground.

“He’s enjoying his jumping and could go to Galway for the novice chase. It would be a tight turnaround, but we’ll see.”

The 4/1 chance had just headed the front-running Fest Deiz when that rival fell at the last while Fancy Foundations was making no impression when also falling at the final fence. Optical Confusion was pulled up approaching the last so Blackmore’s mount was left to come home all of 75 lengths clear of the only other finisher, Weihnachts.

De Bromhead said: “She jumped brilliant and Rachael was really good on her. I thought she might struggle to stay but she stayed really well in the end. She was brave as the horse in front was running around a bit. I’m delighted for the (Cloud Nine) syndicate.”

THE Adare Manor Opportunity Handicap Chase provided a great success for the O’Dwyer family as I’m Not Alone, trained by Conor O’Dwyer for his wife Audrey and ridden by their son Charlie, scored in fine style.

The Yeats mare was recording her third win over fences in the past 10 months and, after striking the front three out in this two-mile–seven-furlong test, the 6/1 shot kept on well in the straight to beat Malina Girl by two and three-quarter lengths.

Charlie O’Dwyer said: “She was in good form coming here today and I’d plenty of confidence in her. Riding a winner in mam’s colours makes it all the better. We pinged the third last and I didn’t want to disappoint here. I knew she would stay well and when they turned the ground to yielding today it was all the better for her.”

Family ties were also to the fore as Harry Swan teamed up with his grandfather Timmy Hyde to land the two-mile Walter Hennessy Auctioneer, Valuer And Estate Agent MIPAV TRV MCEI Mares Beginners Chase with Mind Your Money who is in foal to Crystal Ocean.

The Kayf Tara mare, available at 15/2 overnight and sent off the 15/8 favourite, headed the front-running Mighty Meggsie at the last and was driven out to beat that rival by half a length.

“She jumped brilliant and probably takes to it more than the hurdles,” said Swan. “She can go long or short. She stays really well and a step up in trip might suit her better. That’s my first winner over fences although I’ve ridden two point-to-point winners before. Things are going well and Gordon (Elliott) has been very good to me and given me a lot of opportunities.”

Owned and trained by Michael McDonagh, the 20/1 outsider returned to form in no uncertain terms, drawing clear from before the last to beat A Mere Bagatelle by 17 lengths. “He did it well and is a nice little horse when things go his way. Sometimes he’s not right but he jumped well today and won well,” said Cratloe-based McDonagh.

Everyone a winner for McNiff

THE143-rated Lord Royal looked to have strong claims in the two-mile Equuip – A Leg Up For Thoroughbred People Beginners Chase but was no threat inside the final half-mile as For Everyone, trained by Mark McNiff for Brendan Flynn, took control before the last under Phillip Enright to beat Act Of God by four and a quarter lengths.

“Mark was happy with him and thought the two miles and three furlongs in Kilbeggan stretched him a bit. He’d a run here on the flat last time and came out of it well and fresh,” said Enright. “He’s a summer horse as most of Mark’s are. Mark is one of the best out there and I’d love to see him getting some good winter horses as he’s well able to train.”

Mullins and Paul Townend may have been disappointed with Lord Royal but they did get on the mark in the concluding Racing Again August 5th Beginners Chase with We’llhavewan.

The 6/5 favourite may have had some good fortune on his side in just edging out Wild Caprice by a head as Townend explained: “He dug in for me after the last but was helped by the saddle slipping on the second. It’s been a long time since he ran in a point-to-point and he jumped well on the whole. Hopefully he’ll be a fun horse for his owners (Bowes Lodge Stables).” 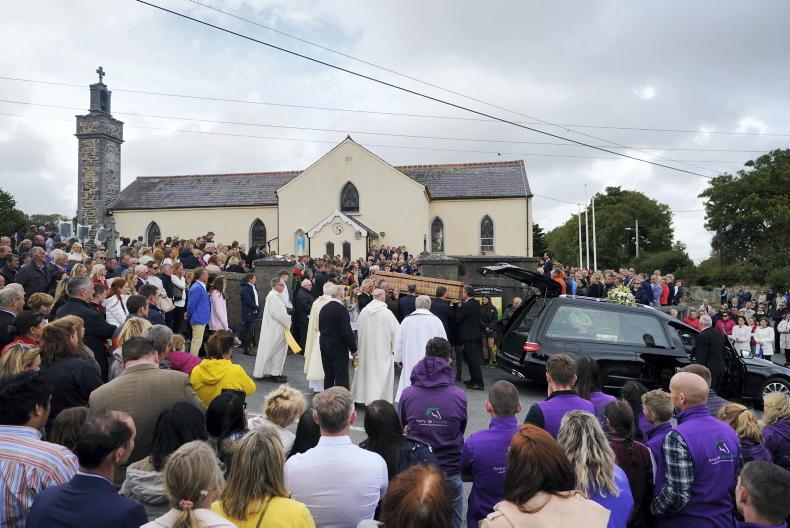 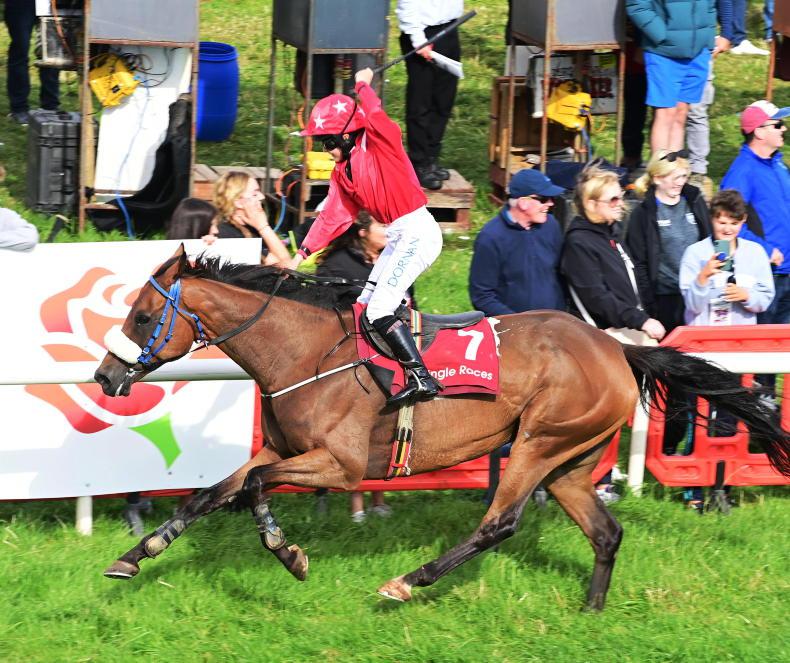 Anne Marie Duff
THE WEEK THAT WAS: 'Think of me if ever you're afraid'
The aftermath of this week’s tragedy gave you hope of goodness, support and love among us. 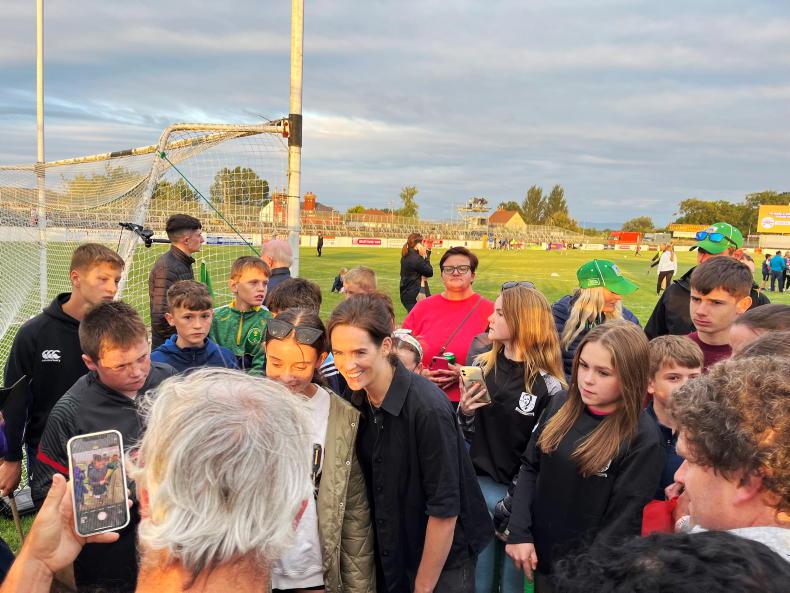 Olivia Hamilton
PARROT MOUTH: Rachael and Nina do their bit
Lineswomen Nina Carberry and Rachael Blackmore were also in demand for photos and autographs at the Hurling for Cancer Research match in Newbridge 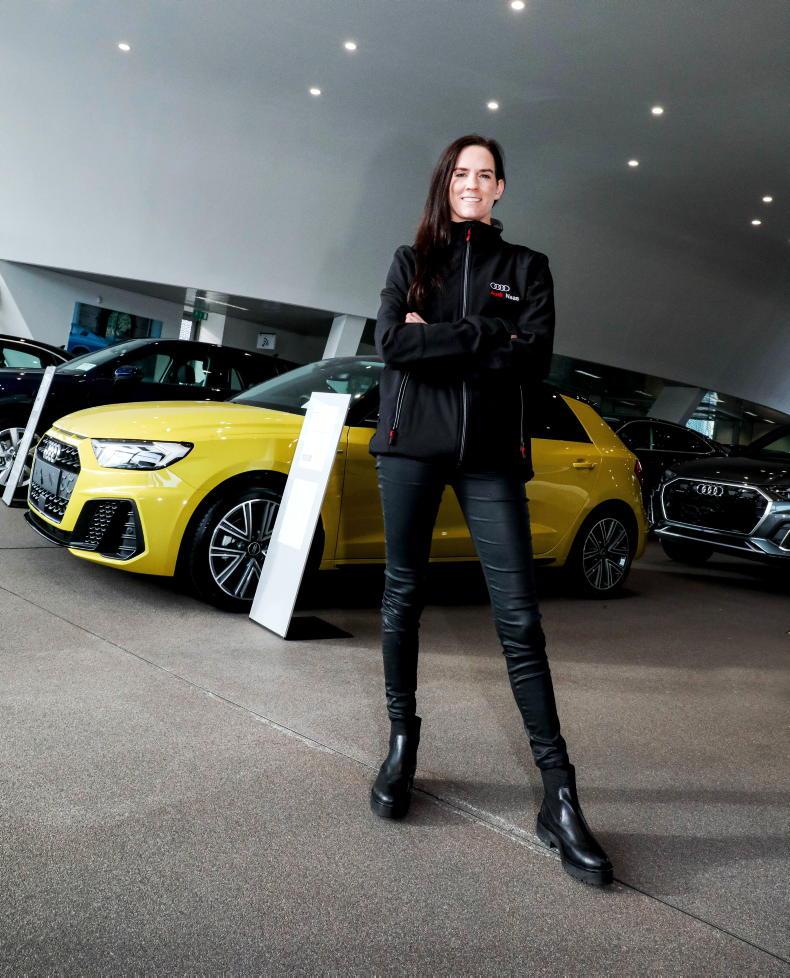