Title: TIME WILL TELL: Ominous for the rest as Baaeed produces career-best 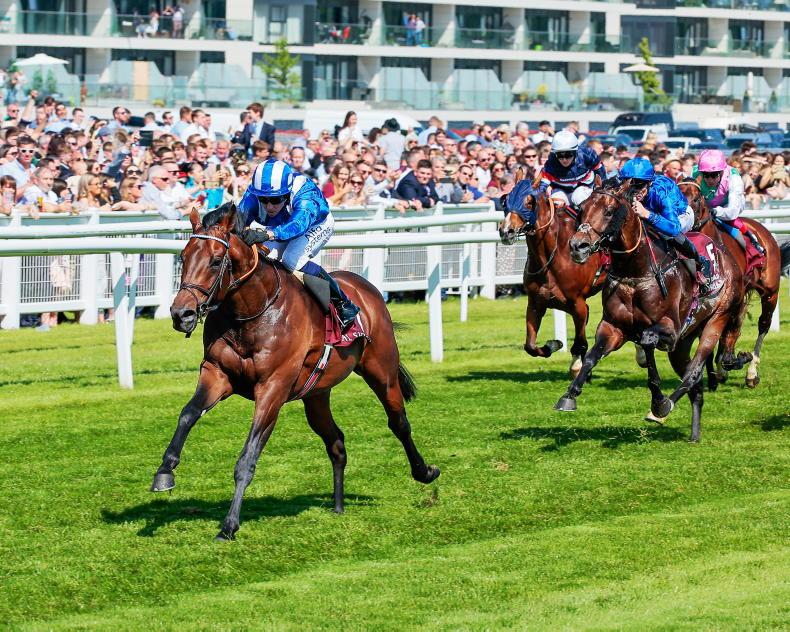 Baaeed was much the best in the lockinge, producing his highest time-figure yet \ Healy Racing

THE highly-vaunted Baaeed (123+) launched his four-year-old campaign with a demolition job in the Group 1 Lockinge Stakes to make it seven straight wins, a sequence which comprises three consecutive Group 1 victories.

After cruising onto the heels of the leaders, the Sea The Stars colt came home unchallenged under little more than a hand ride from Jim Crowley to record a career best time-figure. The closing sectional was also the fastest of the straight track races as the clock stopped at 33.75secs, 0.16secs faster than the speedy juvenile Persian Force and 0.66secs faster than handicap winner Muraad.

Real World (118+) ran just below his best in second as he was caught a length out of his ground after tracking Etonian. Sir Busker (113) also emerges with credit as he came from furthest back to be a running-on fifth. However, it is likely the pair will have the same view of Baaeed in the opening race of Royal Ascot, the Queen Anne Stakes.

Persian Force (90+) ran to nowhere near the same level as when winning the Brocklesby, although he still impressed through the closing stages with a sectional of 33.91secs. Richard Hannon’s colt remains the fastest two-year-old of the season courtesy of his opening day dash on Town Moor.

Although Muraad (109+) needed every yard of Newbury’s mile to overhaul Top Secret (109), his time-figure would have seen him finish around 10 lengths behind Baaeed. In the short term I would be most interested in the runner-up if he were to take his chance in the Buckingham Palace Stakes at Ascot. The son of Anjaal needs fast ground to be seen at his best and already boasts two wins over seven furlongs at the Berkshire track.

Ilaraab (116) produced the best performance on the round track following a protracted duel with Scope (116) throughout the final furlong. The closing sectionals also conveyed a positive message as the 35.63secs was 0.11secs faster than that achieved by Israr (105+) in the following handicap, which was achieved against a stronger gallop.

William Haggas was quick to rule out Royal Ascot for the son of Wootton Bassett as he has twice underperformed at that right-handed venue, instead announcing he will be kept exclusively to racing left-handed this season.

Scope was the first in the field to come under pressure but was resolute in his challenge and only went down by a neck. The son of Teofilo was an easy winner of a listed event at Ascot last season on his way to claiming the Group 1 Prix Royal-Oak so his Ascot Gold Cup credentials are strong.

I would rate this performance ahead of Kyprios who he also holds on their meeting in last year’s Lingfield Derby Trial and the best price of 14/1 appears good value if ante-post betting is your persuasion.

Nashwa (109+) posted a rapid closing sectional to win the Listed Fillies Trial Stakes in the hands of Hollie Doyle. The daughter of Frankel stopped the clock at 34.54secs and would have crossed the line 1.09secs, or approximately five lengths, ahead of Ilaraab when measured on the sectional alone.

The visual impression was that the 10 furlongs was as far as the Gosden filly wished to be going as both Stay Alert (105) and Mukaddamah (102) were both gaining as the line approached having been left well behind when Hollie Doyle asked her mount to seal the race. The shorter distance of the Prix de Diane is likely to suit better on this evidence and her sharp turn of speed will also be better suited to how races often pan out in France. 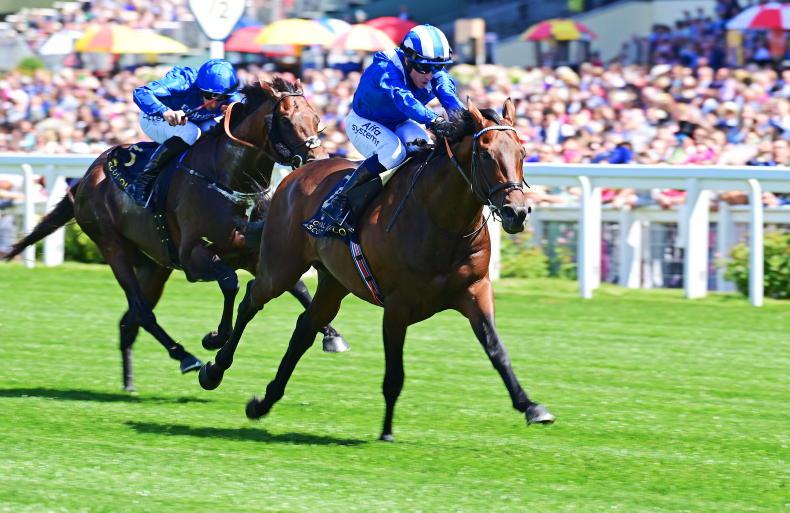 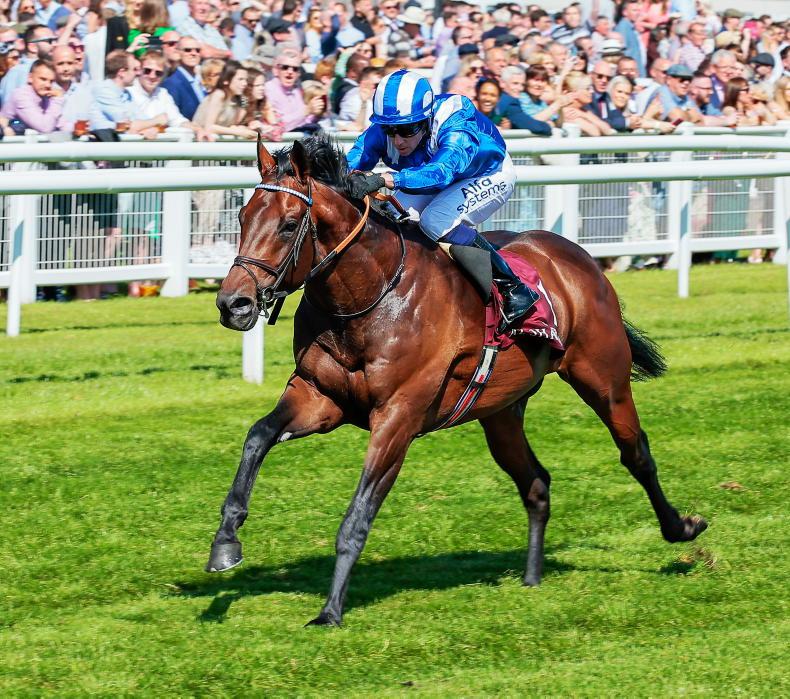 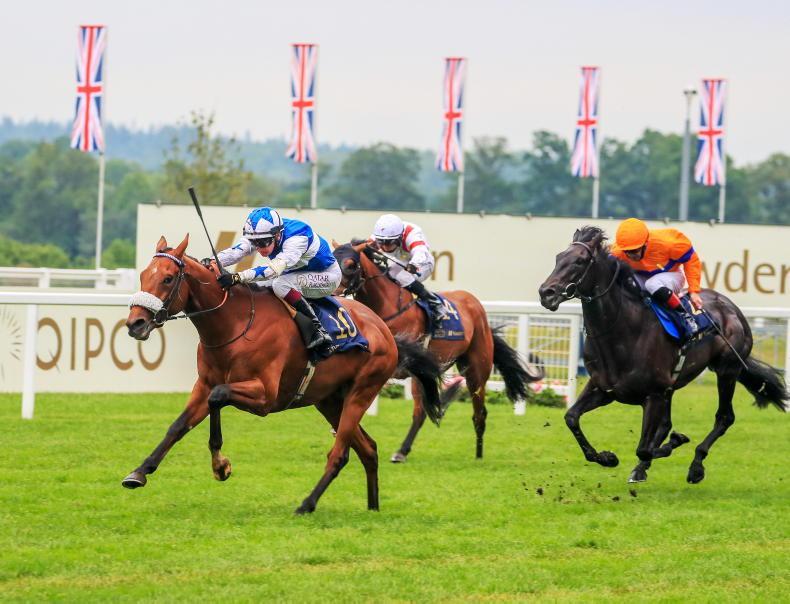 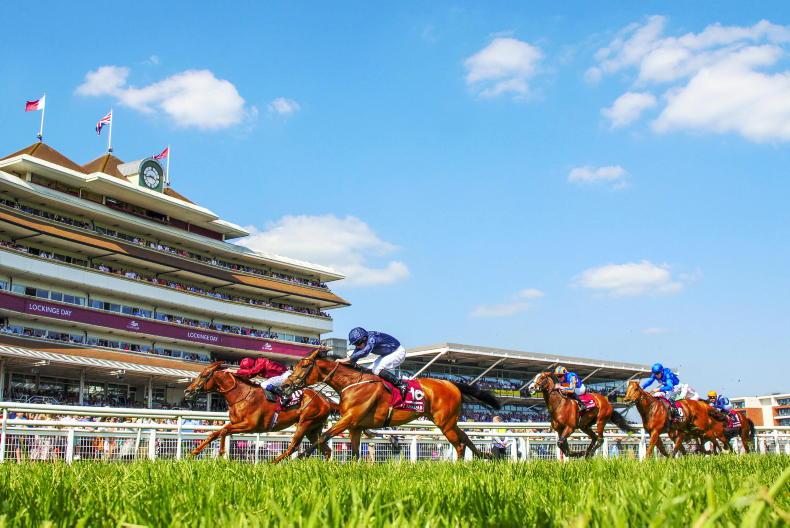