Just one final step...
You must confirm your email address by clicking on the link we’ve sent to your email address.
You are only one short step away from reading 5 free Field+ articles.
THURLES THURSDAY: Presenting Percy back to winning ways

Presenting Percy got back to winning ways in fine style in the boomerang.ie Chase at Thurles.

In what was a high-class affair for a Thursday afternoon, it was the Gordon Elliott-trained nine-year-old, the only runner in the field who had the benefit of a previous run this season, who eventually came out well on top.

Rachael Blackmore tried to make all on Cheltenham Gold Cup fourth Monalee – but both Kemboy and Presenting Percy were travelling ominously well behind him before turning for home.

At the third-last Presenting Percy (3/1) jumped up on Monalee’s inside for a share of the lead, while 11/10 favourite Kemboy was just behind as Darasso found it all too much.

The three jumped the second from home almost in a line, but on landing Presenting Percy – having his second run for Elliott after moving from Pat Kelly – left Kemboy in his wake, winning by six and a half lengths for Jack Kennedy, with Monalee another two and a quarter lengths back in third.

Kennedy said: “He did it very well, he had race-fitness on his side but he put in an exhibition of jumping and quickened up well at the back of the second-last.

“I had sat on him previously at home, but he is very straightforward and is a dream to ride. He jumps and travels away and I was happy at all stages. I was delighted with the way he travelled and I was nearly half-taking him back going across the top I was going that easy.

“That win might do him the world of good and hopefully he can keep going after that.” 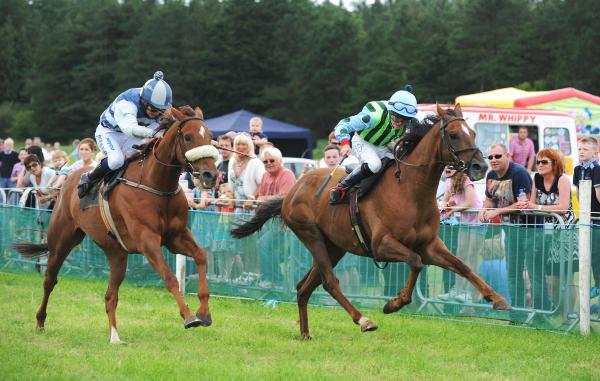