Title: THE WEEK THAT WAS: How Big is the Ballydoyle Bear?

Little Big Bear impressed all in winning the Phoenix Stakes but is he the 2023 Guineas winner? 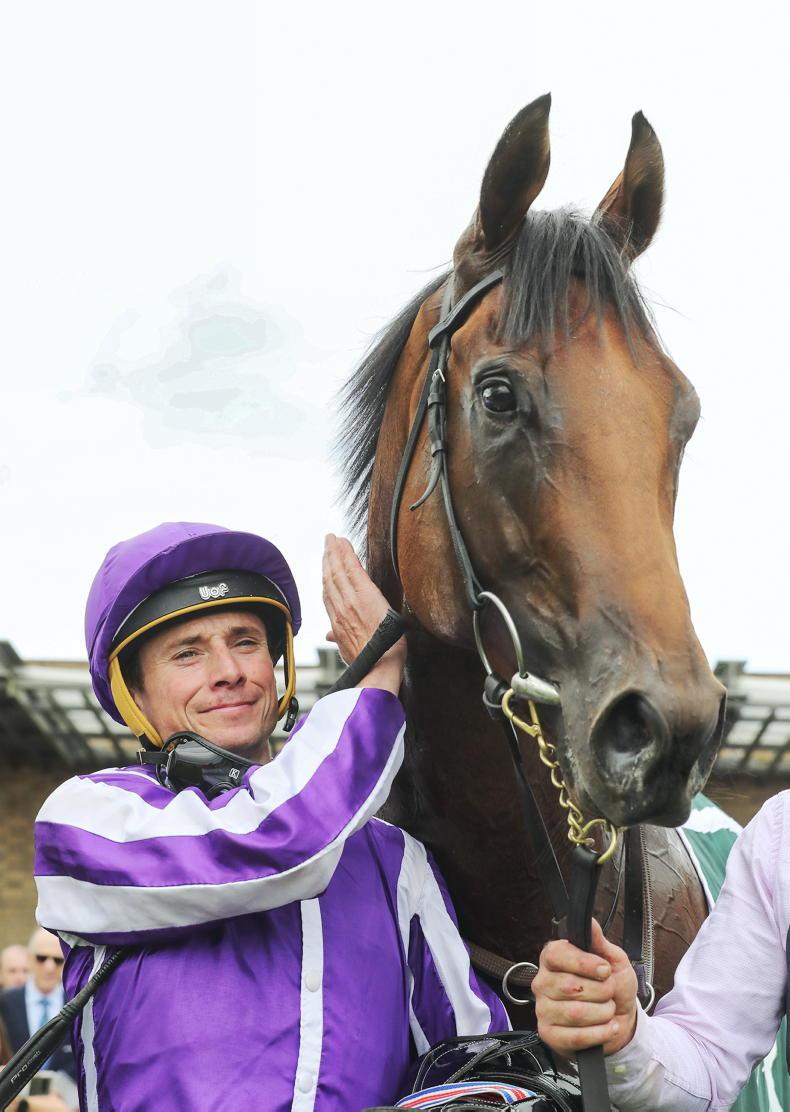 LAST weekend brought one of the most exciting performances of the summer when the two-year-old Little Big Bear romped home from what was considered a good-quality field in the Group 1 Keeneland Phoenix Stakes at the Curragh.

It brought about comparison with some of the great horses that had shone at two and the inevitable debate on whether he would go on to the 2000 Guineas next year.

With Galileo gone, we, and more importantly Coolmore, are looking for another dominant classic sire.

Praise came from many quarters. Aidan O’Brien said: “I can’t recall any winner we have had of this race winning like that. From day one we thought he was very special. He has serious power.”

Kieren Fallon was quoted as saying he was a “potential superstar” and the most likely winner of next year’s 2000 Guineas.

The big question afterwards was, will he get a mile?

I came across a quote from famous French trainer François Mathet online this week that commented on horses being trained to stay or sprint. “They run according to their inherited capacity which cannot be changed. Only superior class enabling them to win outside their distance.”

So what of Little Big Bear?

In pondering his classic potential you are steered by the professional assessment, by his breeding and often by just instinct.

He is rated 126p by Timeform, with only Dream Ahead achieving more over this distance at two and Little Big Bear upgraded on time due to very fast final furlongs on Saturday when he streaked clear.

A recorded clip shared online from the Ballydoyle open media morning in April saw Aidan nominate him as their likely first two-year-old runner of the year.

Previously, Dawn Approach went from a five-furlong March debut win to the Coventry at Royal Ascot, the National Stakes and ended in the Dewhurst before coming back to win the 2000 Guineas impressively at three.

However, it’s not often that an ‘early’ two-year-old becomes the best of the crop. Speed in April gets overtaken by class come September?

The choice of the Listed Windsor Castle was surprising for the Royal Ascot run. Looking at the past winners this century, you have trouble remembering very many of them. Ballydoyle’s winners were Southern Hills and Washington DC, neither were even favourite.

Two-year-olds tend to come in two waves. The early season, precocious one that wins at Royal Ascot then the second wave, the later maturing, more classically bred, that appear from July and build from there on to races like the National Stakes, the Champagne at Doncaster and the Newmarket Group 1s.

Most from the former group don’t make it into the end of season Group 1s or are overtaken by the latter wave. Frankel was in the later group. Sea The Stars was even well down the end-of-season group. Baaeed didn’t make it at all and that has probably been a factor in the slow appreciation of his talents.

Some however, from the mid-summer do train on into the autumn and still dominate. Mill Reef won the Coventry, as did Canford Cliffs. Pinatubo won at Epsom in early June, took the Listed Chesham at the Royal meeting and went on to still dominate the National Stakes and the Dewhurst.

Will that “superior class” enable him to win up in distance?

His sire No Nay Never never won beyond six furlongs in his six-race career. His progeny average winning distance is less than a mile. His son Wichita, from a fast dam-side, came within a neck of winning the 2000 Guineas in 2020. His daughter Alcohol Free is top class at a mile and tried a mile and two last year.

Galileo was renowned for putting class and toughness into his offspring, even from lesser-achieving mares. No Nay Never needs to upgrade this colt’s dam as she has produced nothing of great note but many who stayed and won from mile and three furlongs and even over two miles.

It’s always good to have a precocious juvenile to follow. But it’s early days yet in the two-year-old campaign. I can’t see any reason at this stage why he would not win the Guineas but I can’t help feeling, on instinct, that he might not.

Old names, new names - all are a loss to racing

THE racing scene in Britain continues to cause much concern and you are hard-pressed to find much each-way betting at the main meetings this weekend with small fields the norm.

This week, Group 1-winning trainer Harry Dunlop on Monday became the latest to quit the profession after revealing the current economic climate and the impacts of Brexit have made it too difficult to carry on, with operations at his Lambourn base to cease at the end of the season.

There can often be some snide remarks on social media when a trainer or trainer’s son who had followed them into the game but not achieve the same level of success, decide to back it in.

But that’s not really a good thing and can be a reflection of worse to come. Often it’s those with long traditions in the game that preserve longest. No one leaving after a lifetime in the industry is good.

Yes, it’s a numbers game, it’s a business, and that that has to adapt but that doesn’t mean that the loss of some of the smaller yards and famous names from the sport is something to gloss over.