Just one final step...
You must confirm your email address by clicking on the link we’ve sent to your email address.
You are only one short step away from reading 5 free Field+ articles.
THE BIG INTERVIEW: David Mongey

NEXT year will mark a half century of exposure to racing for David Mongey. It started in with his father Noel being given a job by then manager Paddy Connolly as electrician at Curragh Racecourse and the family moving from Enfield. David was six and it was 1969.

“When I was a child growing up, I was the son with the daddy, brought to everything. Back in those days, you’d wait in the weighroom to get your call. You’d have Buster Parnell, Lester Piggott and old Wally Swinburn. I became great friends with young Wally and Michael Swinburn.

“We went to boarding school in Killashee and Rockwell. Wally was a great rugby player. He was an outstanding scrum-half and a lovely fella.

“I always have this vision of Derby day at the Curragh. Suddenly there’s silence and you see this fella with a black hat, long coat and glasses coming up to the president’s box and everybody stood back. De Valera. Coming across like a dark cloud. It was the effect he had.

“I won two Leinster medals because of horse racing. Back in those days, the phones were run by cable. Someone would cut the line and I’d have to run to see where the problem was.

The passion for the horse shines brightly within Mongey, as does a sense of place, community and history. He has retained his connection with the Curragh via race sustained sponsorship that hit 21 years this season.

Last Saturday, Mongey Communications linked up with Naas for the first time, sponsoring a beginners’ chase won by Discorama.

The company sponsored the Morgiana Hurdle at Punchestown in 2004, when Harchibald claimed the spoils, and as a shareholder in local radio station Kfm, Mongey is involved in the sponsorship of the Bishopscourt Cup during the festival .

But it is as chairman of Punchestown that he is looking forward to tomorrow’s mouth-watering fixture.

His father set up the family enterprise but it was his mother Emily, who was “the brains” of the operation.

“We had a shop on the main street in Naas and within that, she had five businesses running at the same time. She was an incredible woman. She’d a doctor’s surgery, a hair salon, a gaming saloon out the back, a drapery/stitching business and the main electrical shop.”

The principles that have helped David and his brother Cyril turn Mongey Communications into an industry leader with regard to major events – think Croke Park, Aviva Stadium, Electric Picnic, the Pope’s visit - the provision of big screens and the installation/management of CCTV technology on public thoroughfares, private businesses and even prisons, is at the core of his philosophy.

It is a source of pride that the company is fiercely Irish and that the vast majority of the 40-odd staff are Kildare-based. “You’re never looking for a supplier. You’re looking for a partner.”

It says a lot about Mongey that in the immediate aftermath of the unsettling period when Punchestown almost ceased to exist and relations between Kildare Hunt Club and HRI was not at its best, he was selected as HRI’s nominee to be chairman, despite being a Hunt Club member who had been involved in some heated encounters in negotiations.

It was no surprise of course that he was the Hunt Club’s nominee when their turn came and has remained there since in what is now an electable position.

The progress made has been phenomenal. Mongey hails the people involved, the magnificence of racing manager Dick O’Sullivan and his team. But it was re-establishing the link with the community that was the key, along with an awareness of history.

“When we pass through the gates of Punchestown, it was there before us and it will be there after us. In 1825 the first racing took place and then in 1850 it got developed. It went through a few wobbly spots and we got through it.

“I always remember when Louis Robinson won the Bishopscourt Cup. It was like winning the county championship. Him and the cup went missing for a week. And every pub over in Broadford and that neck of the woods was visited. Where Punchestown has been very lucky is with its history, it’s got the Bishopscourt Cup for the local farmers – the Hunt Club provides 3,000 tickets to local farmers – the La Touche, all these races that are intrinsically tied to the community.”

Coming off another massively successful National Hunt Festival, where the brand new Hunt Stand, a snip at €4 million, proved almost as much a hit as the action on the track, it is easy to be buoyant.

Reclining in laurels has never been the way of Punchestown since O’Sullivan arrived from Kerry to take the reins however and blasted away the stain of complacency.

O’Sullivan retired as manager in May but, of course, to be succeeded by Conor O’Neill, but he is never too far away, having accepted the position of president and possessing incalculable expertise and nous. Mongey and his committee have never adopted an interventionist attitude. For him, the job was to support, work behind the scenes, facilitate in any way possible.

Take, for example, the purchase of 160 acres of land at Walshestown and the redevelopment plan in association with Walshestown Restoration. This would not have been possible without the backing of trustees, Nick McDermott, Felix Heffernan and Niall Speirs, as well as the committee. Now, there is a really innovative plan to restore much of the site from quarry it is now to its former glory.

Particularly notable from a racing point of view is the intention to widen the straight by 50m and extend the track.

“We’ll be going in for planning for the widening of the track and the track extension straight after Christmas and that will be very exciting.

“As well as that, the new land will be used as an overall amenity, for hunter trials, eventing and other bits and pieces for equestrianism, and it will also be an environmental space as it is beautiful around there.”

His own personal pet project will come to fruition next year, with a statue of The Breener, aka Fr Seán Breen, sitting on a bench to be erected facing the weighroom.

The parish priest to neighbouring Eadestown and Ballymore was renowned for offering tips in his newspaper column, on Kfm and indeed from the pulpit. The statue, which is being sculpted at present by Emma McDermott, who also created the Arkle statue in Ashbourne, will be unveiled on Walking Sunday, two days before the commencement of the 2019 festival.

With the Curragh so dear to his heart, he is desperate for the new development to be a success. “The Curragh has phenomenal heritage. It’s the same in Punchestown and that should be used. It’s a huge opportunity for them. The secret of any racecourse is not to be a racecourse. It’s to be a venue. No different to Croke Park or the Aviva, these high-class structures such as Punchestown and the Curragh, you’ll eventually make more money on your off-racing days than on your racing days. Of course the prime business is the racing business but look at Punchestown next year; 19 race days a year, there’s 365 days in a year. From that perspective, the Curragh is perfectly situated for the passing conference and meeting business.

“And of course, it’s a world-best track. The new facility will do well. The key is that every racecourse has its soul and the soul is the local people, and the people that attend. It’s important that the Curragh has the soul of the people. Because no matter who comes, who goes, it’s indigenous to the people.

“Punchestown has that in spades, coming through from generation to generation. The Curragh has that also but it’s to get that going. If you don’t have that you don’t have a racecourse. And then there’s the commercial dimension as well. One will spin the other. Whatever support they need, we should be all a 100% behind them.”

He sees the success of Cheltenham’s November meeting, which he attended last year, as an example of what can be done at this time of the year and would love Punchestown to have another festival, either in autumn or winter. He noticed a few things at Prestbury Park.

“On that race card, not more than two, three max, were independent owners of horses. All syndicates. I couldn’t get over it. We have to drive that more in Ireland. The JPs and so on are vital to racing and we need them, but you need to attract more people into ownership, to get interested and they bring people with them. If I owned an eyelash of a horse, I’ve 45 people in the family that would go look at the horse race.”

Then there are the front line service-providers.

“The guy with the Tote machine, I’d say he left that room with a thousand pounds in tips. He showed us how to do all the bets, explained everything to us. He’d 10 tables hopping off one another, competing with one another and we became friends, exchanging numbers.

“He was shaking them apples, selling us the horse. He was working the tables and you could see it from him that he enjoyed it. If he was in the Panoramic Bar at Punchestown, that place would be humming. I’m not having a go at the Tote here, it’s great, but you don’t get that level of engagement here.

“Any first-timers that day at Cheltenham would come back because they had a good time.”

He is concerned, like everyone else about the lack of clarity surrounding Brexit and is adamant that a hard border could be catastrophic for racing.

Meanwhile, Mongey agrees with Rich Ricci that racing should be self-funding and has an idea how to make it happen.

“I know a lot of lads living in Gibraltar and Malta would prefer to be living in Ireland near the tracks. Section it off, take 10% or 8%. That would fund our racing and probably bring more money back to the Exchequer at the same time. It’s win-win for everyone. The new chairman of HRI would have a commercial head so let’s do it. There’s a bit of work involved in this but why not?”

Back to Punchestown though and to the earlier point about a racecourse facility being a venue that needs to create revenue apart from its select number of race days.

“We’ve been looking at the Goodwood model. The Festival of Speed has been hugely successful. We need to find something that’s uniquely Irish. But the next phase will be to promote the event business and have someone allocated doing that exclusively.

“The model for the big racecourses in my opinion – you have a CEO, a racing manager and an events manager. That’s the future.” 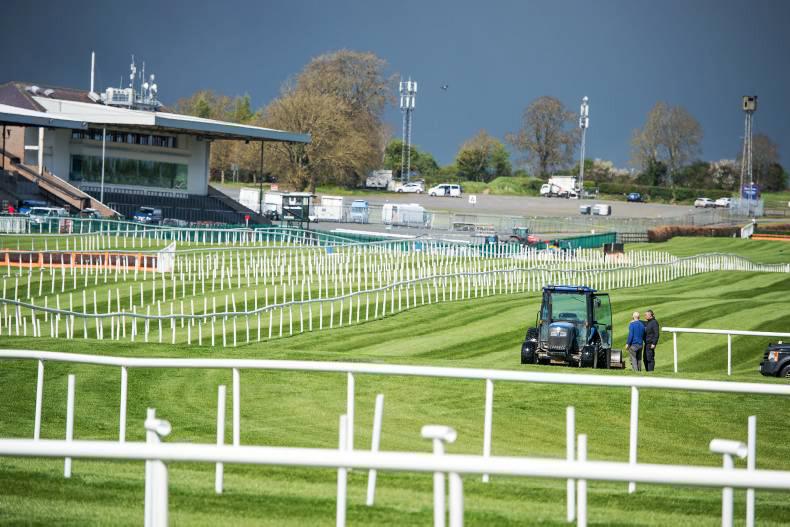 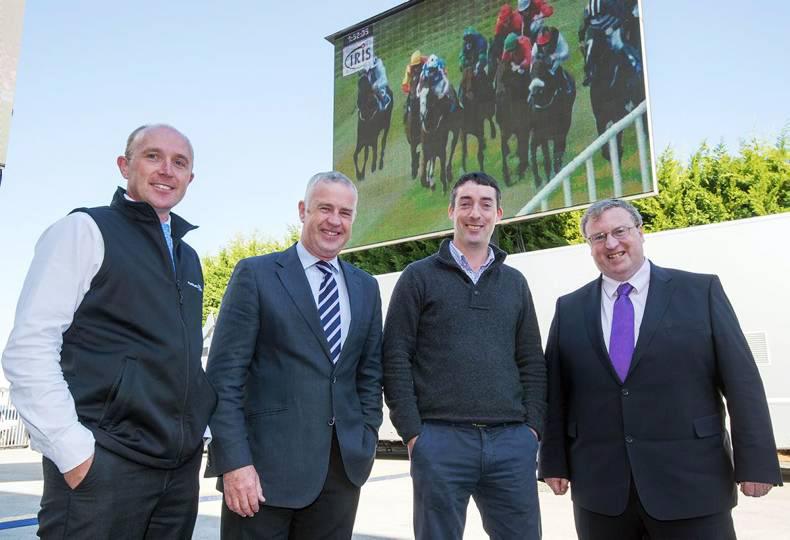 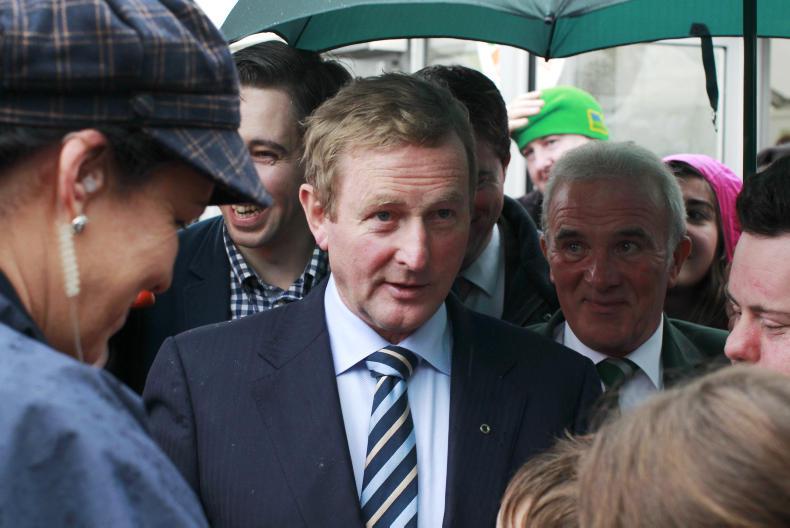 Latest News
NEWS: Taoiseach reminded of impact of Brexit
By Leo Powell on 14 April 2017
More in Inside Racing
Racing FREE
QUIZ: Can you name the top 20 flat jockeys in both Ireland and Britain in 2019?
Racing Field +
FEATURE: Kennedy clan keen to kick on again
Racing Field +
SIMON ROWLANDS: Rowlands' three to follow
Classifieds
Place ad
Get full unlimited access to our content and archive.
Subscribe to The Irish Field
Unlimited access to The Irish Field via your computer, mobile device, tablet or newspaper delivered to your door.
Subscribe now +
Already a subscriber? Sign in