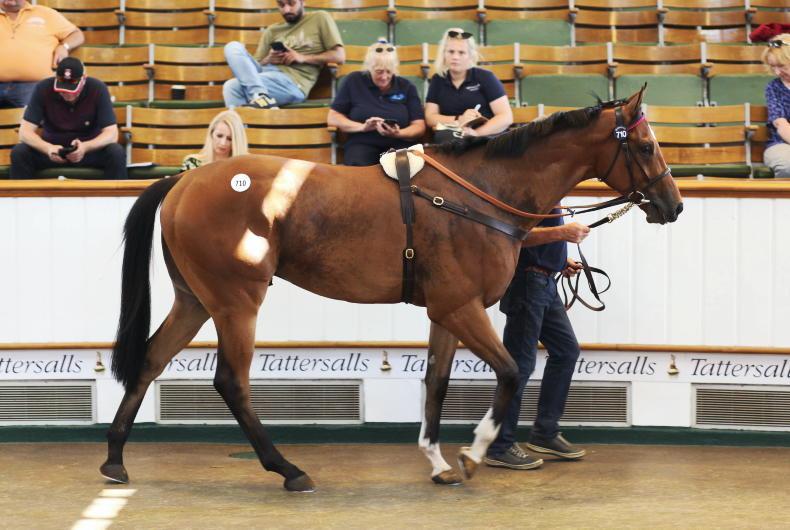 TWO lots stood head and shoulders above the rest before the auctioneers took a break for racing at the nearby Newmarket racecourse.

This year’s Royal Ascot winner Latin Lover was one of the day’s expected highlight and the gelding by Starspangledbanner did not disappoint. The three-year-old was the subject of a lengthy bidding battle, both online and in the ring, the final nod being given electronically by the online bidder at 210,000gns. The docket was signed in the name of Ahead All as agent and the gelding will continue his racing career in Hong Kong.

The Harry Eustace-trained progressive gelding won the Palace Of Holyroodhouse Handicap under Hayley Turner, his third career victory. Bought as a yearling for just €21,000 at the 2020 Tattersalls Ireland September Sale by de Burgh Equine, he was bred by Grangecon Holdings Ltd and is out of the winning Shamardal Blue Dahlia, now the dam of four winners from six runners. She hails from the family of Leading Light, Toylsome and Romantic Proposal.

The four-time 2022 winner Roxzoff, a three-year-old son of Zoffany, was placed twice since the catalogue was published, including when a neck second at Newmarket in late June. He was clear second-best yesterday morning in the sale ring, making 150,000gns and signed for by Oliver St Lawrence Bloodstock.

Roxzoff has been bought to go to Bahrain and is for Sheikh Nasser. His representative Yousif Taher said: “He is a good horse that we think will suit racing in Bahrain, and I came especially for this horse. He is well-handicapped and improving and will race for Sheikh Nasser’s Victorious Racing.” All his wins for Charlie Hills have come this year and he is now on a mark of 87. He was purchased as a yearling for 45,000gns at the October Book 1 Sale.