Title: TATTERSALLS JULY SALE: Donohoe on his toes all week 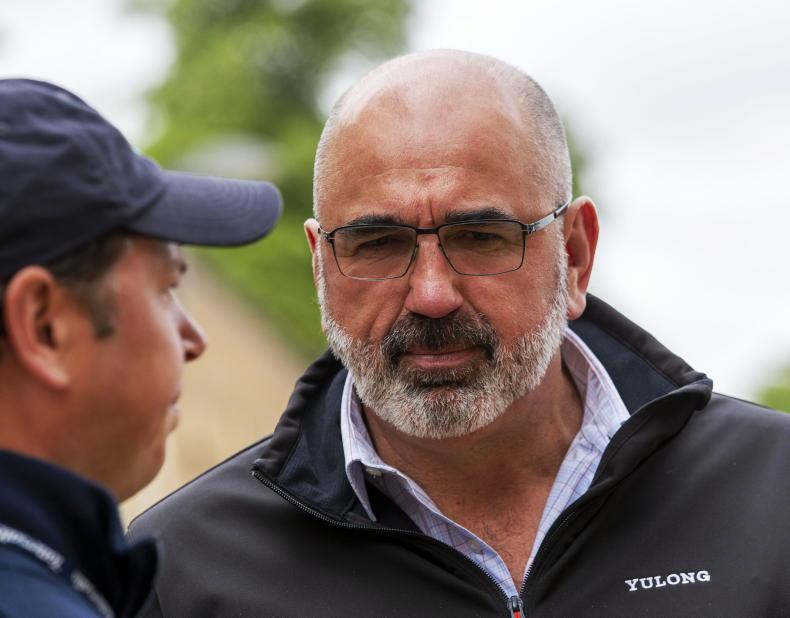 BBA IRELAND’s team was among the busiest of the week, purchasing lots under various names. While essentially for the same client, some of their purchases were listed for the Lucky Vega Syndicate and others for Yulong Investments.

The latter included a pair of high-priced fillies. The first six-figure sale of the week was that of Le Designe, a daughter of Siyouni. She sold online for 180,000gns after a long battle with underbidder Matt Houldsworth.

The Seamus Burns-bred daughter of the Galileo mare Oh Goodness Me, winner of the Group 3 Park Express Stakes and placed in the Group 1 Irish 1000 Guineas, was consigned by WH Bloodstock for owner Marc Chan.

BBA Ireland’s Michael Donohoe was in charge of bidding and said: “She is a very good physical and Siyouni has done very well in Australia. She will be covered here on southern hemisphere time, Sam Fairgray will make a decision with the covering, and she will then ship.

“The Siyouni and Galileo cross has done very well in Australia. She is a very good-looking filly and there are not too many Siyouni’s on the market.”

Donohue’s bid of 165,000gns was enough to secure the winning Fastnet Rock four-year-old Twisted Reality, a wildcard entry from Jamie Railton. She narrowly missed out on blacktype when fourth in a listed race at Newbury. She is a granddaughter of the Group 2 Cherry Hinton Stakes winner Spinola.

COO of Yulong, Sam Fairgray commented on their buying spree on Wednesday. He said: “It’s been a busy day but I’m really pleased with the mares we’ve got. They’re by good stallions, Galileo, Siyouni, Kingman and Exceed And Excel, and from nice families. Physically we really liked them too, so we’re really happy with what we’ve got. Some will head to Australia, some will be bred up here to southern hemisphere time and then head down, and others will stay here and visit Lucky Vega.

“I’d imagine they’ll all make their way down to Australia in time, but we want to support Lucky Vega. He had a fantastic first season and we want to continue that support. I’d imagine a couple will be covered by Frankel before heading down, but we haven’t decided which ones yet. We’ll sit down and work out where we go from here.

“Mr Zhang came a few years ago and purchased Harlech, the dam of Hungry Heart, so he saw that we should be back here to find the mares that we like.”