Just one final step...
You must confirm your email address by clicking on the link we’ve sent to your email address.
You are only one short step away from reading 5 free Field+ articles.
TATTERSALLS: Funnell leading The Irish Field CCI4*-L after dressage phase

TATTERSALLS: Funnell leading The Irish Field CCI4*-L after dressage phase
By Irish Field Contributor on 30 May 2019
Pippa Funnell holds the overnight lead in the feature class at the 2019 Tattersalls International Horse Trials

DAY two of competition at the Tattersalls International Horse Trials is complete and in the feature CCI4*-L competition, sponsored by The Irish Field, three-time British Olympic medallist and Grand Slam winner Pippa Funnell holds the overnight lead on a score of 25.4 after the dressage phase.

Elizabeth Power is best of the Irish in 21st place on a score of 36.5. Most dressage phases for the first two days of eventing action, except for the short format CIC3* and the CC12*, are now complete.

In the Connollys Red Mills CCIU25 3*-L after dressage, Ireland’s Cathal Daniels leads overnight with a score of 26.0 on OLS King Aragon and he also holds third place with LEB Lias Jewel on a score of 27.7.

The Horseware CCIJ2*L sees Team Ireland’s Chloe Fagan on her mount Versace Biscuit in the lead after dressage on a score of 24.8.

The Eventing Ireland CCI3*L competition sees New Zealand’s James Avery in the lead with Aloha on a score of 23.9, with Camilla Speirs best of the Irish on Lukas in 11th position on 34.1.

Britain’s John Paul Sheffield leads the Land Rover CC12*L with Woodlander Wesuvio on a score of 27.8, while best of the Irish is Molly Evans on Wellan Graffiti on a score of 29.6.

In the Cooley Farm CCIYH2*-L, Britain’s William Fox-Pitt leads aboard Graffenacht with a score of 24.6. Sarah Ennis is fourth aboard Shanbo Sky Fall with a score of 29.0. Elizabeth Power and Azure lie in fifth place on 29.2, just ahead of Sarah Ennis with her second mount, Tullabeg Tango (29.8).

The Berney Bros CCI2*-L for Ponies sees Ireland’s Bramblebrough Eoghan ridden by Lucie Glynn in the lead with a score of 30.80.

Advance ticket sales at the event are already up 12% on last year as huge crowds are anticipated for the favourite all action cross-country jumping which starts tomorrow (Friday) and runs until Sunday. 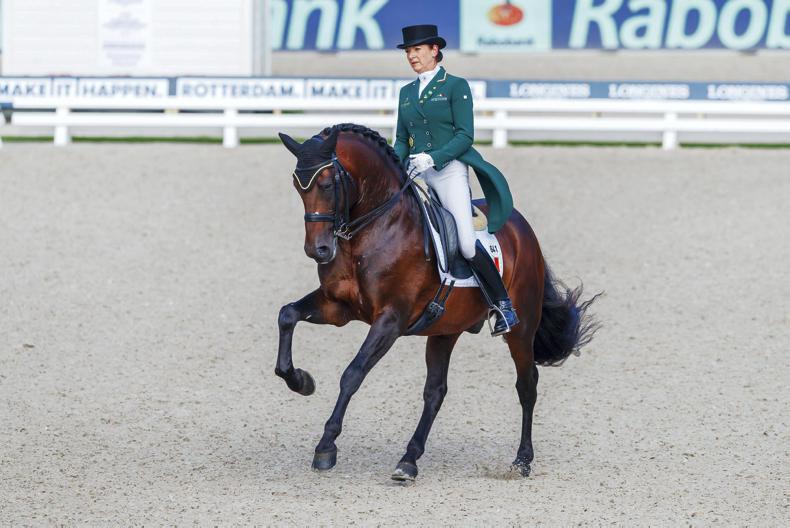 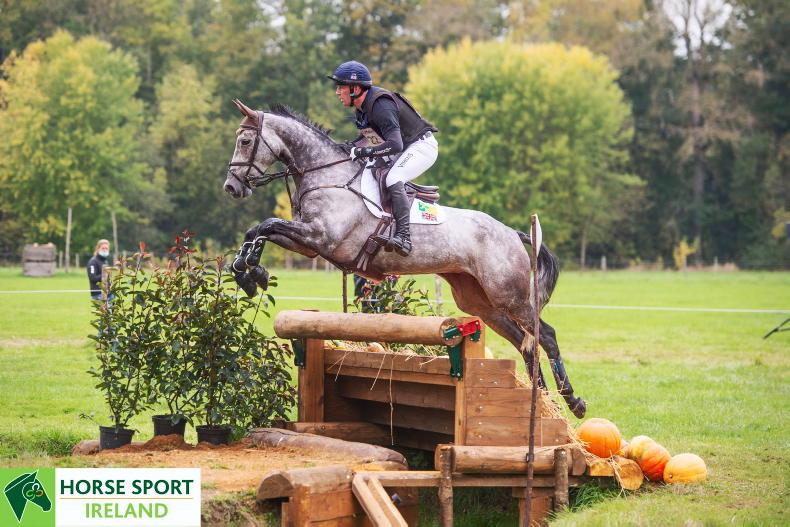 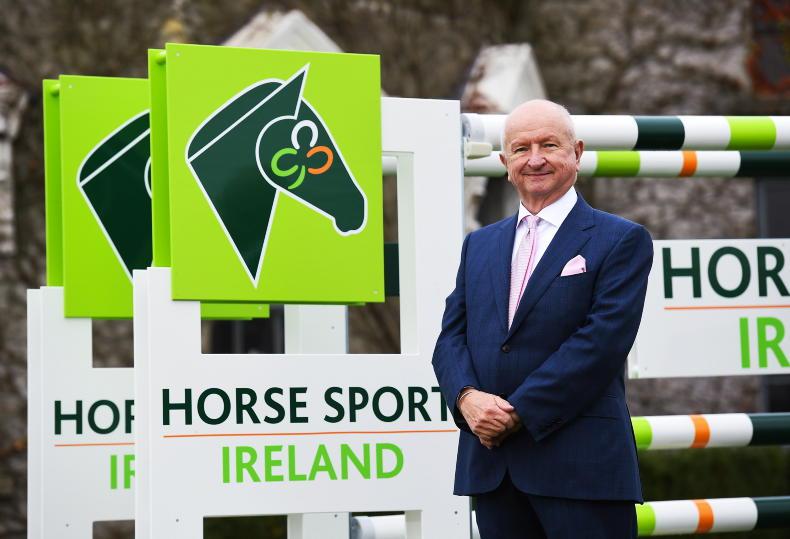 Sport horse news
NEWS: 'It is great to get an increase in such a difficult year'
By Isabel Hurley on 16 October 2020
Related Stories
Free 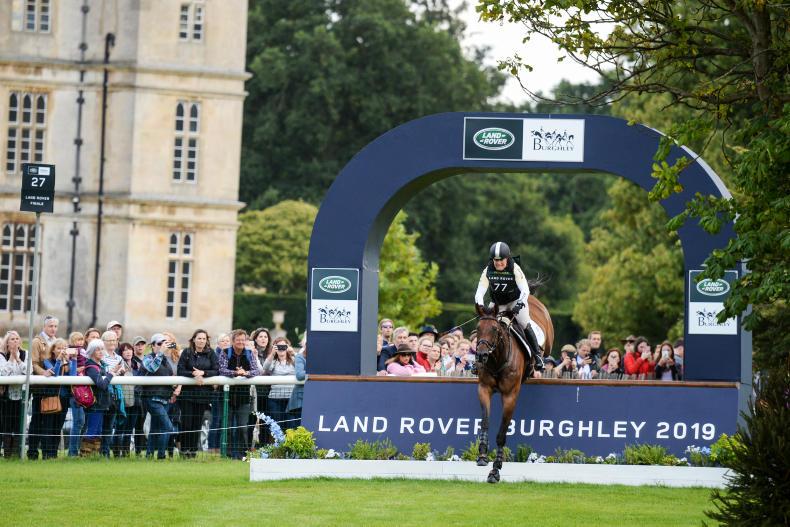 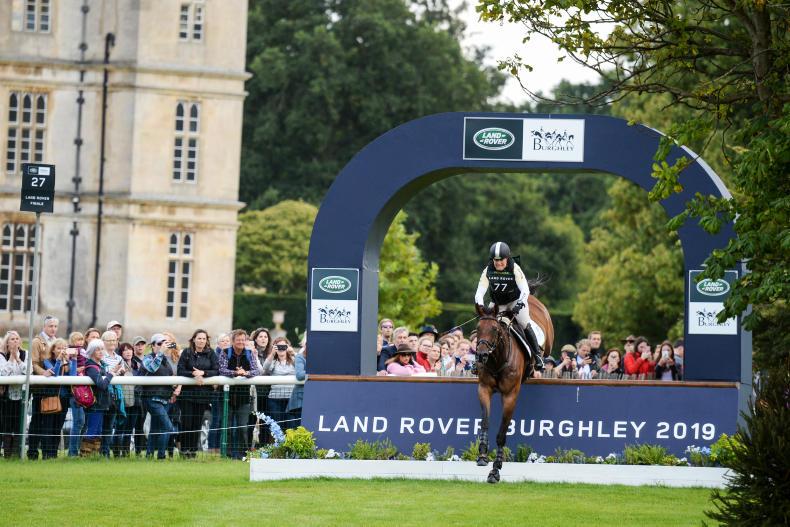 Eventing
BURGHLEY: Funnell returns to the top at Burghley
By Irish Field Contributor on 11 September 2019
Field + 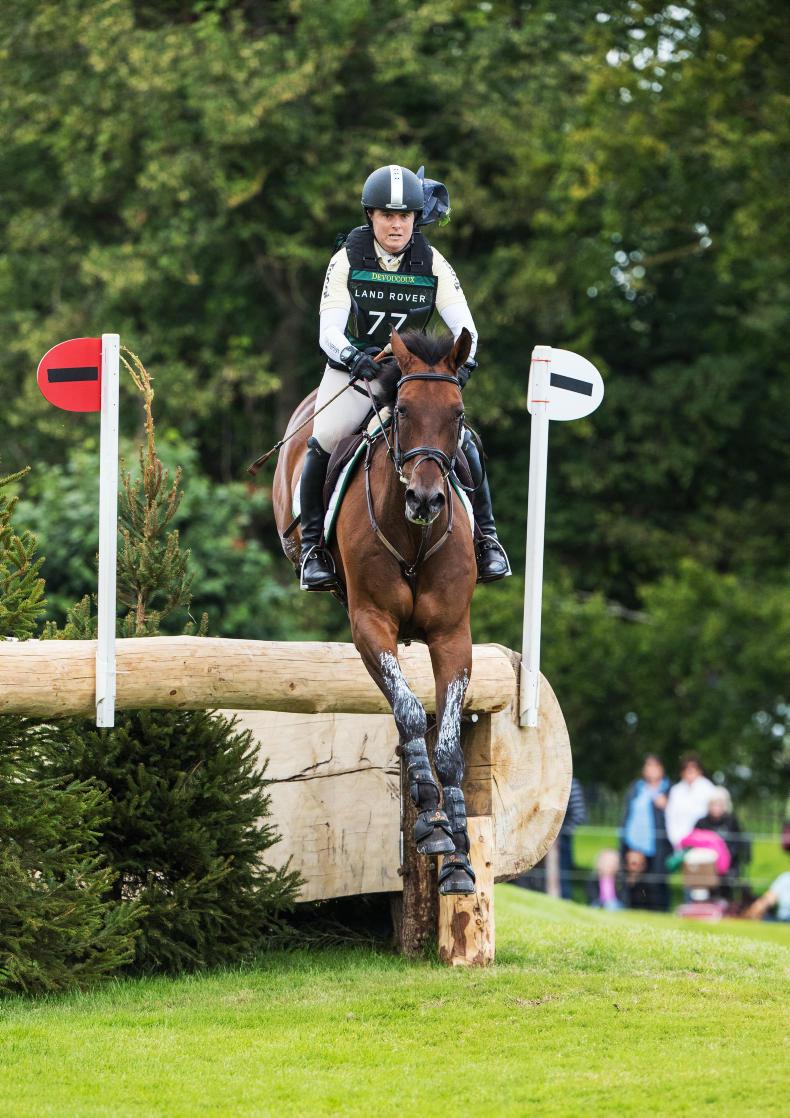