Leo Powell reports on SHadwell's top lot, and overall performance, at the sale 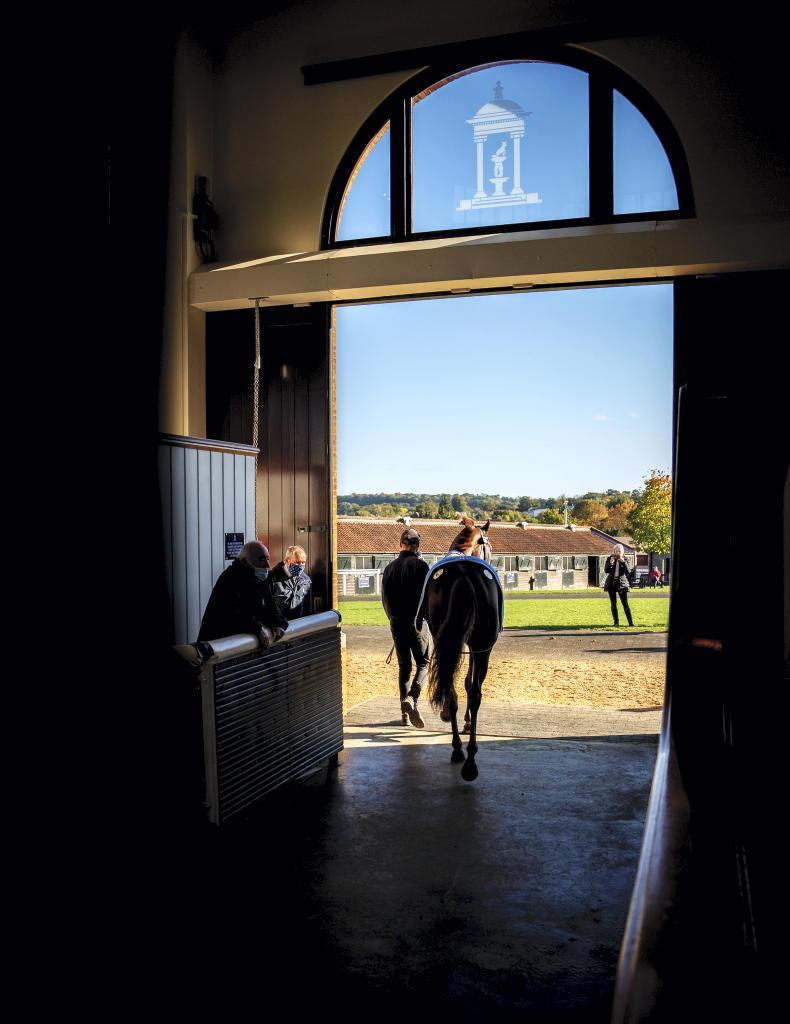 Laatansa leaves the ring after his sale for 250,000gns \ Jason Bax/Equuis

SHADWELL dominated the consignor’s table, responsible for 118 lots that sold for 5,238,500gns. The best of their draft topped the final session on Thursday.

In fact, the final day of the record-breaking sale was dominated by the Shadwell Estates consignment which was responsible for the top five lots, including Laatansa who realised 250,000gns. The two-year-old son of New Bay finished third on his last two starts for trainer Ed Dunlop. The colt was greeted by a packed sales ring but the bidding soon settled into a head-to-head battle between the Najd Stud team and Ronald Rauscher, with the former successful.