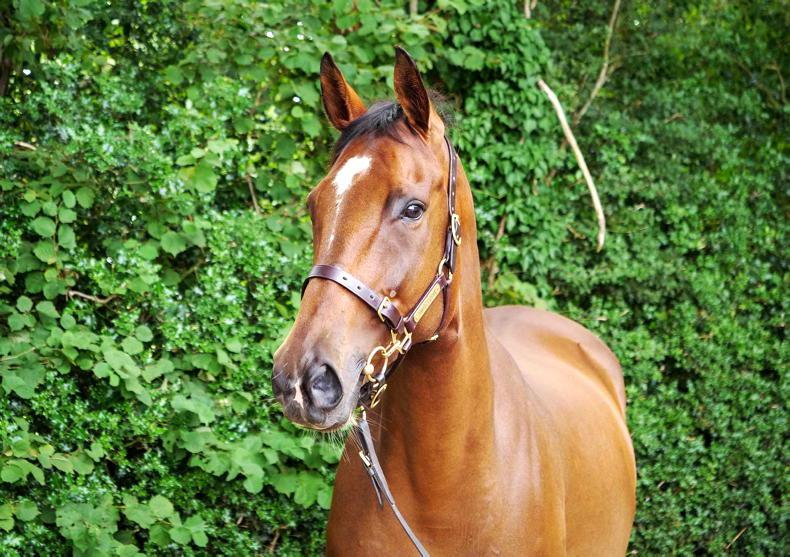 Barbados Blue is heading to Ireland following her sale for 90,000gns

THE latest online sale conducted by Tattersalls had few highpoints among the 17 lots that eventually changed hands, the two leading sales accounting for almost two-thirds of the total turnover. Just five lots sold for 10,000gns or more.

Charlie Parker’s Crimbourne Bloodstock sold the top lot to Richard Venn Bloodstock, and this was the smart racemare Barbados Blue who is carrying her first foal by Golden Horn.

A bumper, hurdle and chase winner, and runner-up in a listed race over fences at Warwick in December, the eight-year-old daughter of Getaway is a half-sister to the blacktype winning chaser More Buck’s, and they are both out of a winning half-sister to the great staying hurdler Big Buck’s.

Richard Venn paid 90,000gns for Barbados Blue, bred by Philip Hore junior, and revealed that she is for a new client and that she will shortly “make her way across the water to start her new life as a broodmare”. Her ultimate destination is a farm in Ireland and Venn said “she is a nice mare with lots of stallion options”.

Dermot Cantillon’s Tinnakill House won out at 60,000gns for a lifetime breeding right to Showcasing, the flagbearer at Whitsbury Manor Stud whose advertised fee this year was £45,000. The Gimcrack Stakes winning son of Oasis Dream has been a huge success at stud and is the sire of Group 1 winners Mohaather, Advertise and Quiet Reflection, as well as Group 2 winners and sires, Soldier’s Call and Tasleet. Showcasing has been at stud since 2011 when his fee was £5,000, and the 15-year-old has just completed 12 seasons in the breeding sheds.

A private sale saw John Bourke’s Hyde Park Stud purchase a breeding right to Aclaim, the Group 1 winning son of Acclamation who stands at the National Stud in Newmarket. He paid 17,500gns for the right and the attraction was obvious, as Bourke bred the stallion’s best runner to date, this year’s Group 1 1000 Guineas winner Cachet.

A March-born colt by Camelot, a half-brother to a winner and out of an unraced own-sister to stakes winner and Group 1 runner-up Shifting Power, was sold on behalf of a client by Baroda Stud to Goldenfort Farm for 17,000gns.