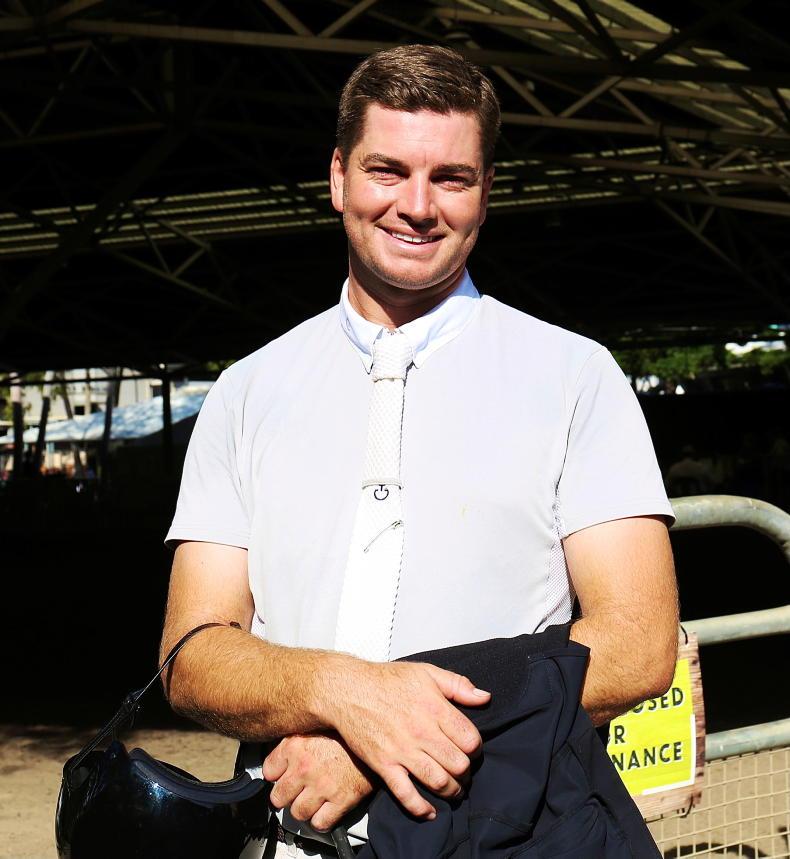 TRAVELLING from Florida to Sydney was show jumper Tom McDermott who returned from the Florida circuit to score a one-two in Easter Monday’s Grand Prix with Elegance de la Charmille and Warraleight Park Cortez, incidentally the same horse he won last year’s Grand Prix on.

“We were in Florida for three months. We took three horses over there, two to sell and one to bring back. We sold the two sales horses quite quickly and they went really well.

“I took an older Grand Prix horse over to have a bit of fun with and he won a bunch of classes. We had a great time, it was very successful,” he said.

“Tim Boland, who has represented Australia in eventing, imported Cooley Gangster and I rode him for a few months just to get him going. Then Tim rode him for a while and won a bunch of events on him,’ said Tom, explaining the Irish-bred’s background.

“This would definitely have been the toughest show Cooley Gangster has been at. He’s definitely a show jumper for sure, a true show jumper.

“He’s got the most scope of any horse that I have, super careful, super brave, he’s a little bit quirky but I think that’s what makes him good. He’s sharp, I think he’s a bit of a war horse. He’ll fight for you at the end of the day! I’m just going to campaign him for 12 months and we’ll see where we go from that.

“The first few days he was a bit wild, with the atmosphere and stuff like that. He’s never seen anything like it but by the Part 3 Grand Prix, he was awesome! It was a 1.40m class, 1.45m in the jump-off and he had a double clear round so we were pretty stoked.