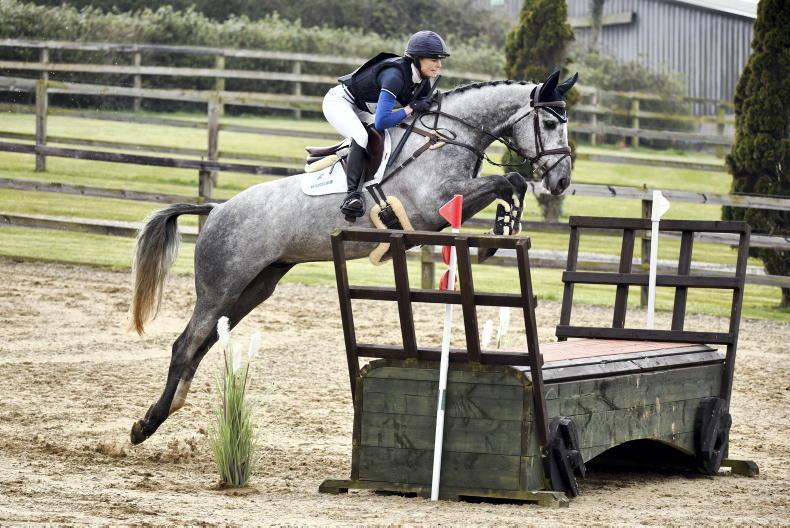 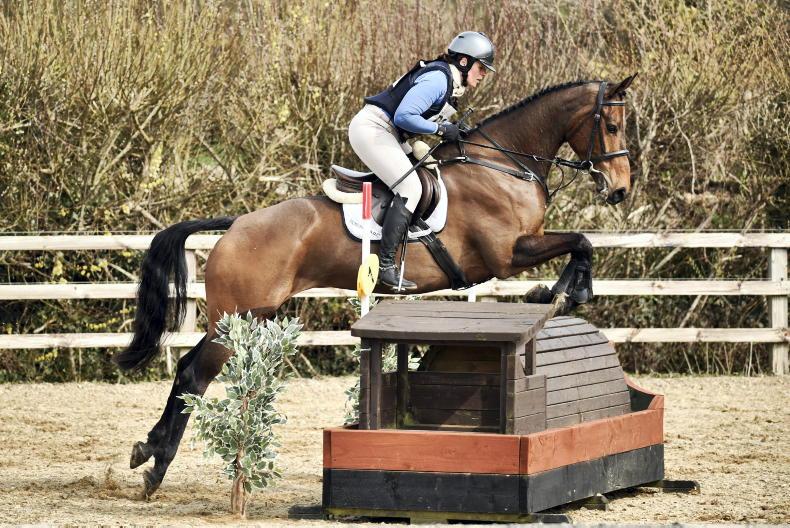 THERE were two clear-cut winners of the Childeric young event horse classes as the 2022 Stepping Stones to Success League commenced at Wexford Equestrian on Wednesday.

The last-named, a grey Irish Sport Horse gelding by the Anglo European Studbook-registered stallion Corfilio T, won comfortably on 202.8 while JFH Golden Spear maintained his hold on to second place, despite losing marks in the Derby arena before judges Ian Fearon and Sally Parkyn for a total of 188.9.

Disappointingly, MBF Corbeagh dropped right down the leaderboard to 14th as Linda Murphy moved in the other director to finish third with the OBOS Quality 004 gelding Shirsheen Rocketman (185.6) on whom she won the recent 80cms division of the Horse Sport Ireland affiliate combined training finals at CoilÓg.

TH Master Cornet is owned by the Meath-based operation Trade Horse Ltd (on whose Red Hot Chilli Filly Goldsbury won an EI100 at Blackstairs last month) who purchased the winner as a foal from his Co Waterford breeder Agnes Power. He is out of the 2009 Kings Master mare Miss Dorian Grey who is dam also of a 2017 Sligo Candy Boy gelding, who was also sold by Power, and a 2020 full-sister to Wednesday’s winner who has been retained.

Miss Dorian Grey, who is out of a thoroughbred mare by Executive Perk, is in foal to Cormint according to Power’s daughter Deirdre who further commented: “She’s a super model of a mare!”

Goldsbury was equally effusive about TH Master Cornet who she took charge of in February. “He is a very talented horse and ticks all the boxes,” said the Trim-based New Zealand international. “He has a lovely attitude, a good brain, is a great jumper and has super movement. He does everything asked of him and jumped really well when I had him in Cavan earlier in the year. The plan for the moment would be to keep going with him in the Stepping Stones league.”

Nicola Ennis and owner Carrie Meehan were quickly compensated for their first class hiccup when MBF Silver Bridge, who did so well at this venue last season, won the five-year-old young event horse class. The ISH gelding by Silvano was lying second following Mark Ruddock’s judging of the dressage action on 63.9 marks and, thanks to his good performance in the jumping phases, won on a total of 205.9.

Sian Coleman and Kate Jarvey’s home-bred Diarado mare, Diamond Mistress, winners of the Dublin Horse Show four-year-old event horse championship at Lambertown last August, were on 63.8 after dressage and while failing to keep that close contact in the Derby arena, still finished second on 196.8. Louise Bloomer was nearly 20 marks adrift in third with her own and Jinny Webb’s Shannondale Sarco St Ghyvan gelding, Shannondale Levi (177.1).

Kathy Charlton led after the first phase on 65 with her Diamant de Semilly gelding Class Cut Diamond but this grey didn’t rate as highly with the jumping judges and he eventually finished fourth (173). On their previous visit to Wexford Equestrian, this combination qualified for the five-year-old section of the ‘Star of the Future’ performance championship at next month’s Balmoral Show.

As I spoke to Ennis following her win at Tyrella on Saturday, on this occasion I contacted Meehan who commented from her base in the United States: “I am just so thrilled for the win today! ‘Mcgee’ continues to surpass all my expectations and I am just so proud of him and the wonderful job Nicola has done.

“I give Nicola complete control in choosing what is next for him but I think we’re aiming to get him out at recognised events this year and start building up his resume as an event horse. I’m not sure if we will aim him for the five-year-old event horse championship finals at Dublin but I’m not totally ruling it out!”

Purchased as a three-year-old from Meabh Bolger and Brian Flynn, MBF Silver Bridge was bred by John Murphy out of the unraced Beneficial mare My Rochestown Lady. 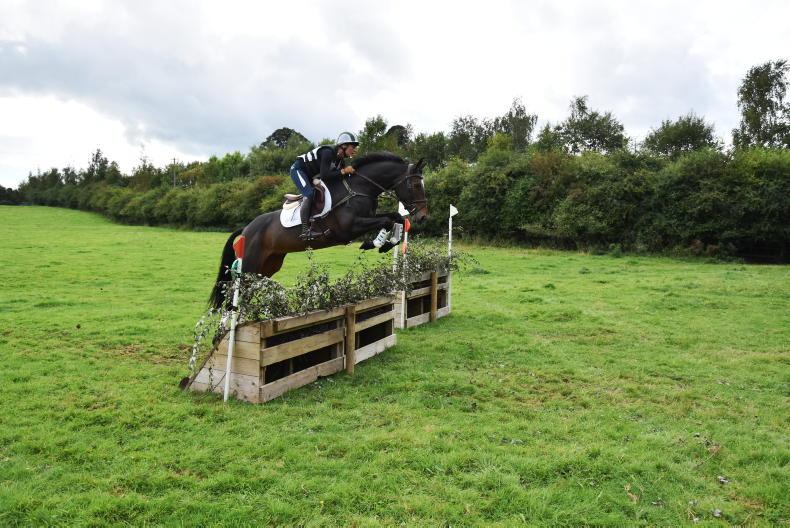 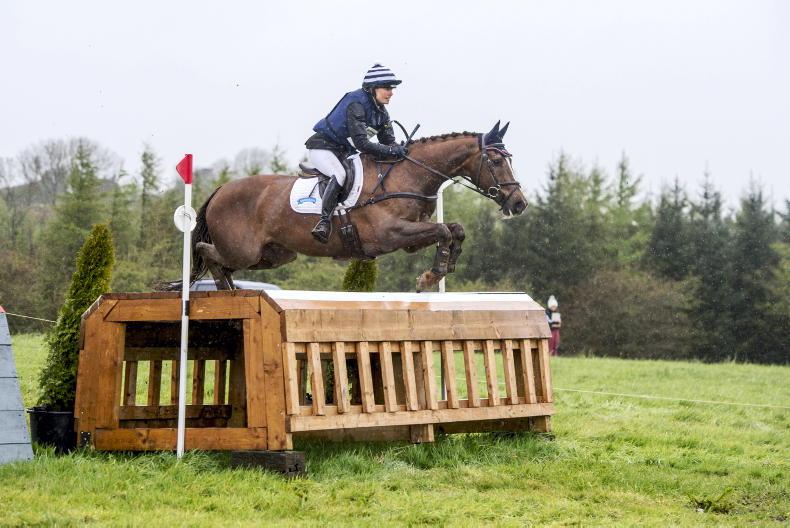 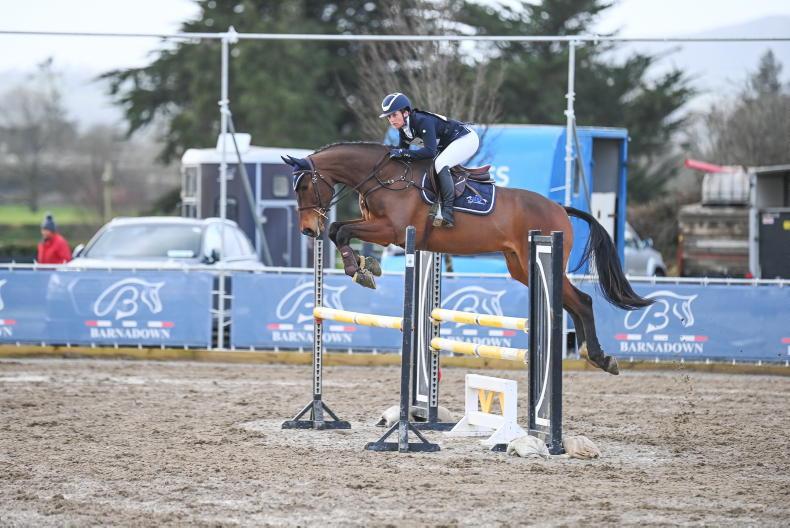 Margie McLoone
COMBINED TRAINING: Back To Back wins for Bolger
Margie McLoone reports from the fourth leg of the 2022 Horse Sport Ireland affiliate combined training challenge 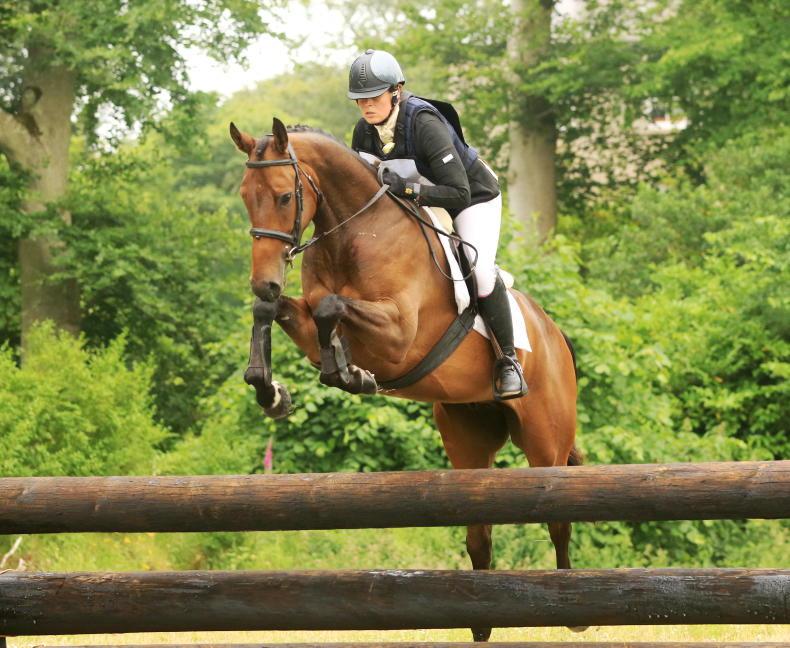