Title: STEPPING STONES: Drea is all Quality in Wexford 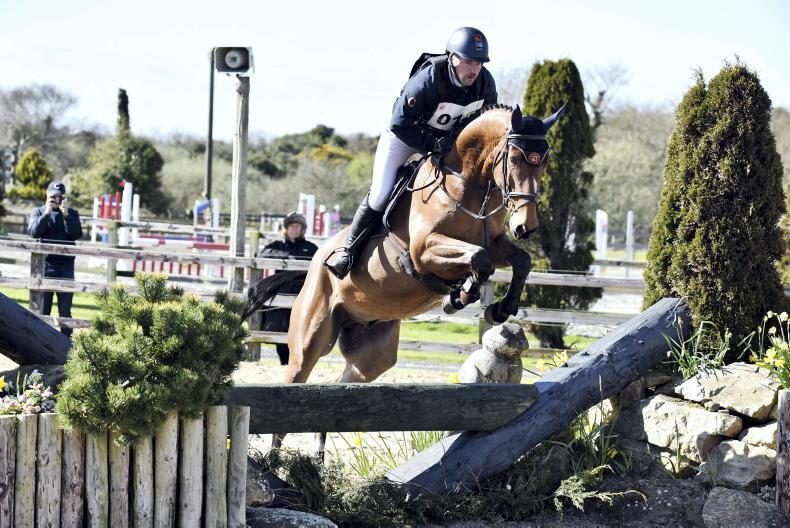 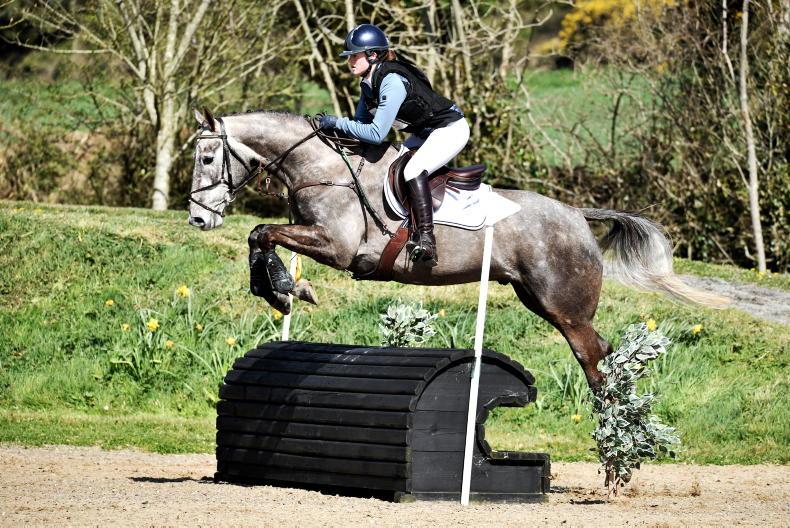 NOTHING against those who usually win the Childeric Saddles qualifiers at the Stepping Stones to Success League at Wexford Equestrian but it was good to see a rare success for a male rider on Wednesday just past, when Luke Drea claimed the four-year-old division, while one couldn’t fail to be lifted by the enthusiasm of the five-year-old section winner, Stephanie Stammschroer.

There were 22 starters in the younger section where dressage judge Mark Ruddock awarded his top score of 66.5 marks to the previous week’s runners-up, Gillian Beale King and Richard Ames’s Jackaroo gelding JFH Golden Spear. At this stage, Drea was lying second on Quality By Quantum (65.5), just ahead of Cian McGee riding one of eight mares in the class, Paddy Cotter’s Miss Moore (65.3).

Unfortunately for connections of the leader, his performance wasn’t as impressive in the Derby Arena – where Ian Fearon judged the show jumping phase and Gillian Kyle the cross-country – and JFH Golden Spear dropped down the order to seventh (177). There was some consolation for Ames as his Paddy Byrne-partnered Belline Castle Onr Candy received the highest jumping score of 138.5 which saw that Sligo Candy Boy gelding place fourth on 190.6.

Meanwhile, Drea moved up into the vacated top spot when Quality By Quantum finished on 197 with McGee too moving up a place into second with Miss Moore (195.8). Alex Donohoe finished third when completing on 190.7 with Pierce Doyle’s OBOS Quality 004 gelding, Kilcoltrim Big Yin, a registered Irish Sport Horse as are all others mentioned.

By the same Oldenburg stallion, Quality By Quantum was bred in Co Clare by Kevin Barry out of the Cruising mare Mythical Cruise and is owned by England-based Quantum Sport Horses and Leroy Chambers.

“I have a few horses for Quantum’s Claire Dubowski and this fellow is one of four three-year-olds we bought last year, selling one on to Richard Sheane,” said Drea who is based at the Ballyellen Equestrian Centre outside Gorey. “We sourced this fellow last October through Diarmuid Ryan, buying him from the South African guys who were based at Mount Juliet at the time.

“He finished ninth in the first qualifier last week and has come on a lot for that experience. We’ll finish out this series with him and then take it from there.”

A good performance in the Derby Arena proved crucial in the five-year-old section and it was thanks to their top marks of 136.5 that Stephanie Stammschroer and her mother Paula’s ISH gelding Brownstown Theodore saw off their 15 rivals to win on a total of 196.3.

“We bought this fellow as an unbroken three-year-old from Donal Hayes at the 2020 September Sale at Goresbridge,” said Stammschroer who has eight horses in work at her Co Meath yard. “He has been super from the start, being so easy to break and do anything with. He is so, so talented! He is very mature and professional – nothing fazes him – and is an amazing jumper.

“He did two EI90 classes last year and we did the EI100 at the first Blackstairs this season. Unfortunately, the tight warm-up there didn’t suit him as he hated the way other horses kept getting so close. He finished eighth last week at the first qualifier and we will be back for the final if not before then. I think the Stepping Stones series is great for young horses as they get used to the white boards for dressage and the jumping is always good.”

Yet another successful son of OBOS Quality 004, Brownstown Theodore was bred in Co Cork by Tim O’Sullivan and is the older of two progeny on the Irish Horse Register out of the thoroughbred mare Precious Moneen who had one Weatherbys-registered foal, a colt, by Primary.

Precious Moneen is a daughter of the Bustino stallion Terimon whose four wins included one Group 1 and two Group 3 races, while he was runner-up to Nashwan in the 1989 Derby at Epsom. He is damsire also of MBF Starburst who, at €82,000, was the top-priced lot at last year’s Goresbridge Go For Gold sale. Precious Moneen comes from the family of the 1972 Cheltenham Gold Cup winner Glencaraig Lady.