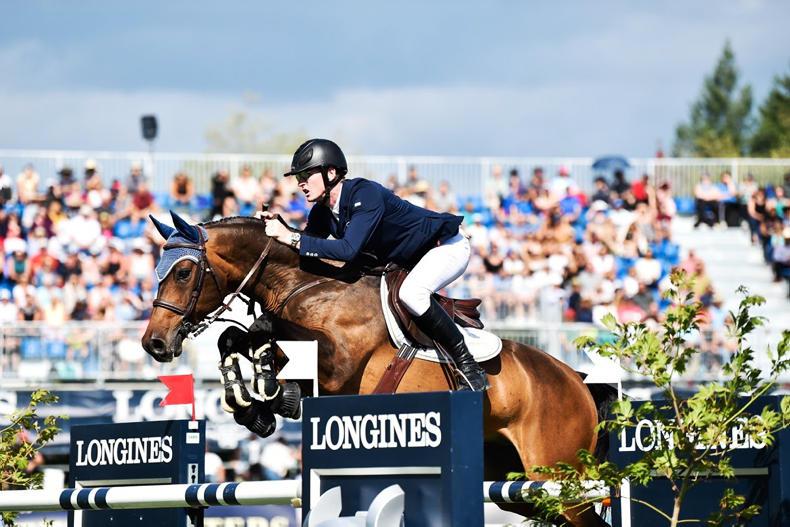 DERRY's Daniel Coyle and the nine-year-old gelding Farrel recorded a superb victory in the opening leg of the 2019/2020 Longines FEI World Cup Jumping series at Vancouver in Canada last night (Sunday), producing one of just two double clear rounds to take the winner's prize of almost €33,000.

Just five of the 40 starters made it through to the second round and Coyle took the lead with the first clear of the jump-off and crossed the line in 37.32 seconds. The only other clear against the clock came from America’s Kelli Cruciotti with Hadja van Orshof and their time of 42.26 saw them finish as runners-up, while Harrie Smolders (NED) was third aboard Hocus Pocus de Muze.

Coyle is delighted with how Farrel is developing and thinks the Ariel Grange-owned horse will improve further in the next 12 months: “I think, give him another year’s time, and he will be a real, real top horse—not that he isn’t right now, but he’s still a little green. This was a real track today, and he proved himself to be a horse for the future.

“In the jump-off, usually he jumps better, which is strange, but when you start galloping, he starts to look a little quicker and jump a little higher. I know that from the last few years that I’ve had him. That third jump did come down a lot, and I really rode him at it, and he jumped it probably as good as he could that second time. When you know them a little more, it’s a lot easier, especially when they’re younger jumping this level,” Coyle said.