Just one final step...
You must confirm your email address by clicking on the link we’ve sent to your email address.
You are only one short step away from reading 5 free Field+ articles.
SHOW JUMPING: Sweetnam wins $8,000 opener in Florida

WEF continues through 12 consecutive weeks of world-class competition and $13 million dollars on offer.

Opening day welcomed international riders to a 1.45m track set by course builder Eric Hasbrouck of the United States. With a top-five finish of riders from countries spanning the world, the Irish rider and his eight-year-old Zangersheide mare Zandora Z were double-clear over the two-phase course in 32.482 seconds. Canada’s Kelly Soleau-Millar finished runner-up to Sweetnam and posted a time just fractions slower in 32.956 seconds riding Favoriet U, owned by Wyndmont. Rounding out the top three for France, Marie Hecart and Boheme de la Roque finished on 34.574 seconds for owner Eurl Top Stallions Company.

Zandora Z is a newer mount for Sweetnam after joining his string at the end of the summer and stepping into the bigger classes at the conclusion of 2019. “She has some experience to gain, but she has a lot of ability,” said Sweetnam of the mare that was previously campaigned in the CSI2* ranks under the direction of Brazilian rider Nando de Miranda. “She’s naturally very quick, so like today in the second phase, you don’t feel like you’re going that fast but have a good time.

“She can be very competitive, and she feels like she has a lot of scope, so we will see where she goes with a bit of experience,” continued Sweetnam.

Of his return to the Winter Equestrian Festival and his seasonal home base in Wellington, Sweetnam said, “It’s nice to start with a win obviously! They have done a great job with the footing and the jumps look really fresh, so my fingers are crossed for a good circuit. If some of my more experienced horses can get some good results in the bigger classes I’ll be happy. Then, I have a few newer, younger ones like this mare that are going to step up and hopefully be ready for a good year.”

Also winning in the International Arena at WEF on Wednesday, Laura Chapot (USA) topped the $6,000 Bainbridge 1.40m riding Out of Ireland for owner The Edge, while Canada’s Erynn Ballard won the second Bainbridge 1.40m of the day aboard Harvester, owned by Ilan Ferder and Skymaster.

Competition at the 2020 WEF continues tomororw (Thursday) with the $35,000 Equinimity WEF Challenge Cup Round 1 in the International Arena and the crowning of the Equine Tack Green Hunter 3’6” champion. 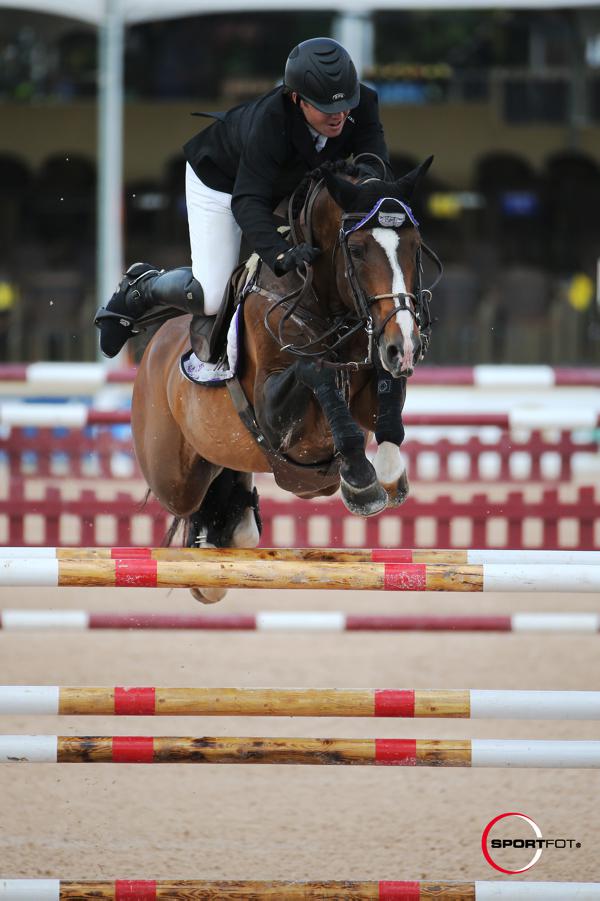 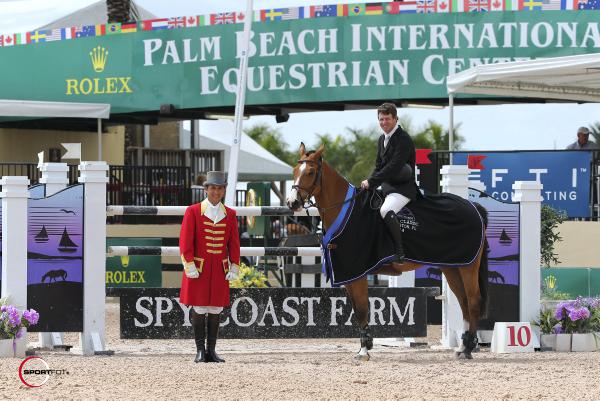 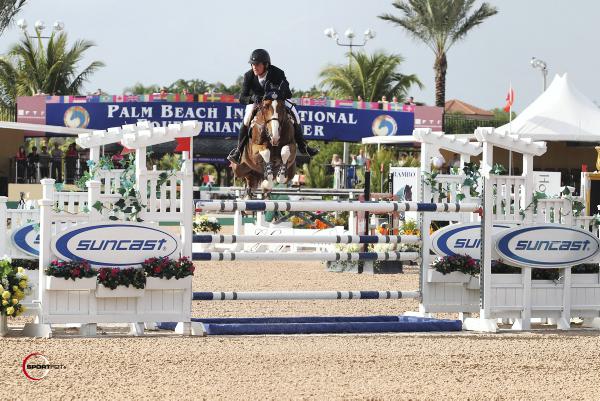