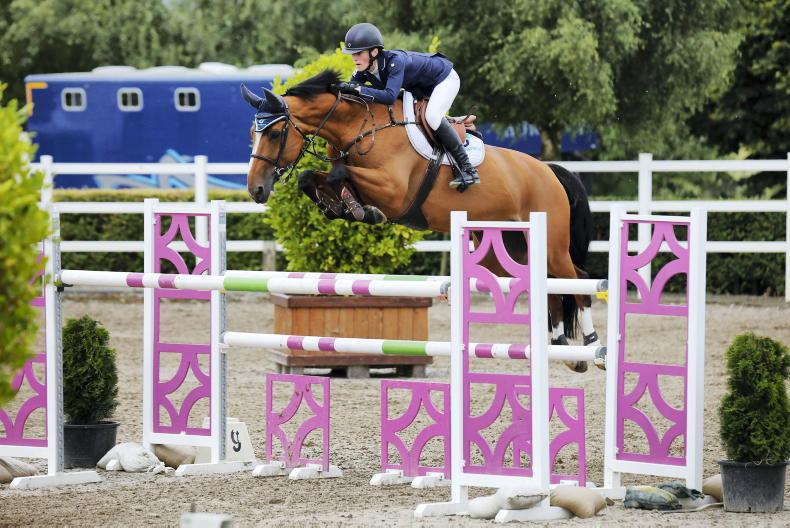 NIAMH McEvoy continued her amazing run of success with a win in a hotly contested seven and eight-year-old qualifying class for the Dublin Horse Show at Barnadown on Wednesday.

Winner of the RDS young rider bursary in 2021, McEvoy showed just how much she continues to improve when she guided Greg Broderick’s eight-year-old Belgian-bred mare Olivia De Muze (EL Torreo De Muze - Lord Z) to a double-clear round in a time of 36.89 in the 22-rider strong jump-off.

With just nine places on offer in this, the final of the three qualifying competitions which began at The Meadows at the end of May and continued in Mullingar in mid-June, a field of 58 combinations lined out to battle it out to gain a place in the final spots for the prestigious Ballsbridge show.

Ethan Aherne and his own Dutch-bred gelding Jack Sparrow (Douglas - Pilot) came closest to catching McEvoy when they broke the beam in 37 seconds for the runner-up spot. Highfort Stud’s seven-year-old mare Much Loved (Luidam - Larissa), ridden by Francis Connors, took third place in 37.12. Much Loved wasn’t the only seven-year-old to earn a place; the next five places of offer were filled by seven-year-olds.