Title: SHOW JUMPING: Killerisk Can Ya wins for Derwin in Galway 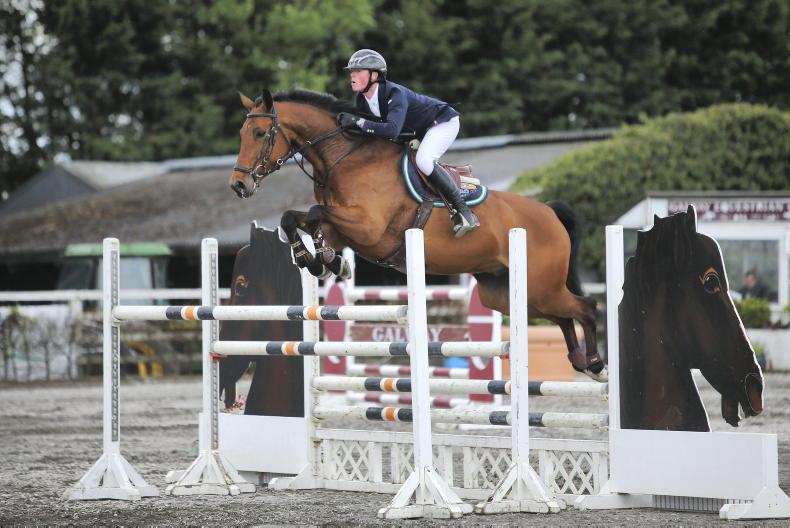 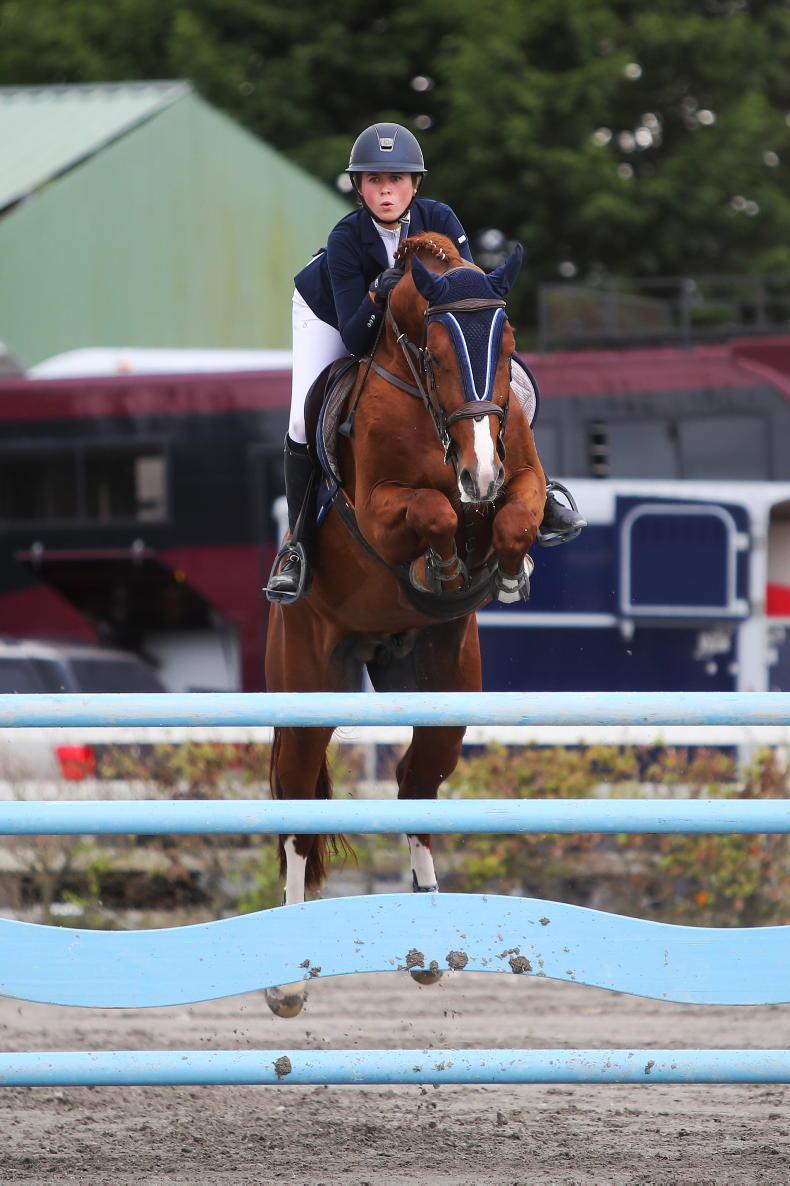 FRANCIS Derwin finished his busy weekend with victory in the Gain/Alltech National Grand Prix at Galway Equestrian on bank holiday Monday when he produced the only double clear with Killerisk Can Ya.

The victory came just two days after the pair had claimed fifth place in the equivalent class in Portmore on Saturday. By Can Ya Makan out of R Umonia 14 (Mermus R), the 10-year-old gelding was bred by and produced up to an eight-year-old by Maura Counihan.

Derwin (17) took over the ride in the autumn of 2020 and the pair have recorded an impressive amount of placings and wins since then.

Just 21 combinations lined out for the competition which carried a prize fund of €4,000. Of these, only five managed a clear first round to progress to the timed decider.

Derwin and Killderisk Can Ya posted the fastest time of 40.06 in the jump-off but they had no need to hurry because, as the only duo to leave all the fences intact, they claimed the top-prize.

Young rider Lee Carey riding Kan Cruise (Kannan x Cruising), a nine-year-old who was bred by John Carey, finished in second place after one fence down in 45 seconds.

After three rounds, Derwin is in second place on 15 points, behind Portmore winner Susan Fitzpatrick on 18.

The next round of the 1.40m National takes place in Barnadown today (Saturday, May 7th).

The 1.30m two-phase, which also served as a qualifier for the seven-year-olds Cavan Classic class on Monday afternoon, saw 13 of the original 24 starters keep a clean sheet over the two rounds.

Rosemary Reynolds’s Carousel Gold (Caricello x Colourfield), ridden by Sean Kavanagh, denied in form-rider Sven Hadley the win here when they stopped the clock at 37.78, just 0.63 ahead of Hadley and Topspin in 38.41.

Sunday’s feature in Galway was the opening round of the Mullins Sporthorses-sponsored 1.35m Connaught Grand Prix which attracted a start list of 31 and offered a prize pot of €2,500.

Young rider Pataire Crawford and her mother Claire’s eight-year-old Danish-bred stallion Ardfry Van V Uriko (Uriko x Lavall I) proved best on the day posting a double clear in a time of 42.39 to secure the win.

Sven Hadley scored an impressive one-two when he earned both first and second places in the Duffy Sporthorses 1.25m two-phase class in Galway on Sunday.

Riding his own Swedish-bred mare Topspin, Hadley produced the best time of the day of 33.38 for the win. He then added the runner-up spot to his tally when he guided the seven-year-old HSH Harper Du Seigneur (Aganix Du Seigneur x Chippison) to a double clear in 34.19.